Who wants to talk politics vs. religion, and whether they have more to share or learn.
Bob Smietana - Facts and Trends|August 2, 2016 02:00 PM 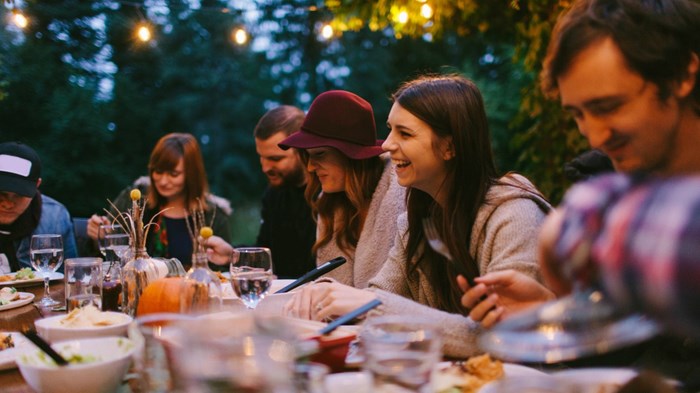 Of the two subjects most likely to be banned from the dinner table, most Americans would rather talk about politics than God.

Yet Christians are split on whether they want more spiritual conversations or fewer ones, and whether they have more to share or learn during such chats.

LifeWay Research surveyed 1,004 Americans in order to compare how often Americans talk to others about politics to the number of times they talk about spirituality.

By contrast, fewer than half (44%) had three or more spiritual conversations in the same time frame. Twenty-two percent had no conversations about spirituality. 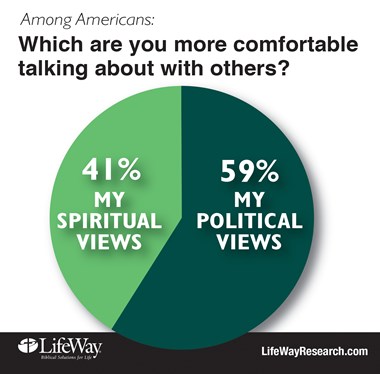 Overall, 6 in 10 Americans (59%) say they’re more comfortable discussing their political views than their spiritual beliefs. But there are distinctions among certain groups.

Most Americans also say they’re satisfied with the number of spiritual conversations they’re having.

About half say they have “just the right amount” of discussions on spiritual beliefs (51%). A quarter want fewer spiritual discussions (23%), while 1 in 5 want more. Six percent aren’t sure.

Those with evangelical beliefs (32%), those 55 and over (26%), and those in the South (24%) are more likely to say they have such conversations “less often than I would like.”

Still, he said, those with evangelical beliefs may need to listen more during a spiritual conversation.

“If you don’t care what your neighbors believe, chances are they won’t listen to what you have to say,” he said.

Philip Nation agrees. Nation is the director of content development at LifeWay Christian Resources and helps manage Bible Studies for Life, which sponsored the survey.

“The culture wants dialogue about spiritual beliefs,” he said. “Evangelicals too often only want to lecture our neighbors. We need to learn the needs and worldview of our neighbors so we can effectively discuss the gospel.” 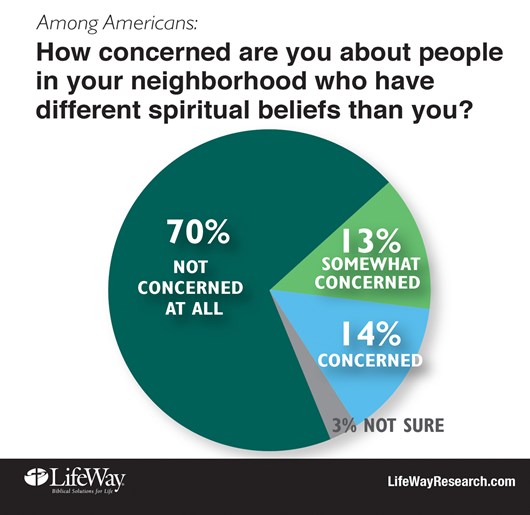 Methodology:
The online survey of adult Americans was conducted March 17, 2016. A sample of an online panel representing the adult population of the United States was invited to participate. Responses were weighted by region, age, ethnicity, gender and income to more accurately reflect the population. The completed sample is 1,004 online surveys. The sample provides 95 percent confidence that the sampling error from this panel does not exceed plus or minus 4.2 percent. Margins of error are higher in sub-groups.

LifeWay Research is a Nashville-based evangelical research firm specializing in surveys about faith in culture and matters that affect the church.