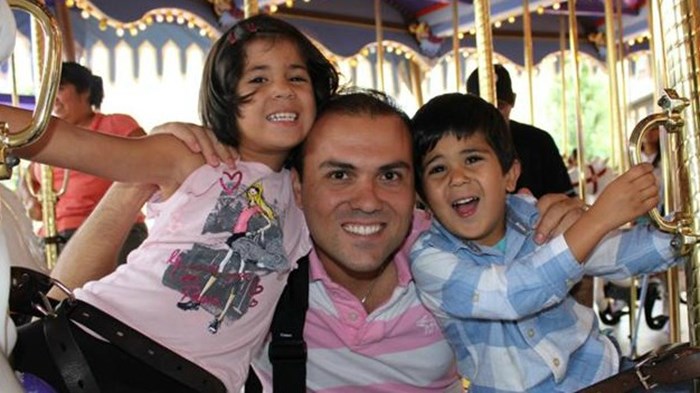 Saeed Abedini has finally been freed.

The Iranian-American pastor from Idaho, held for more than three years, was exchanged as part of a prisoner swap in which Iran released four people and the United States released seven. 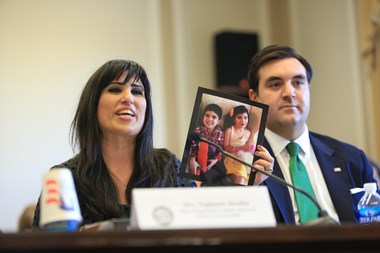 Naghmeh Abedini advocates for her husband.

"It is confirmed," his wife Naghmeh announced on Twitter. "Saeed is released from Iranian prison."

“This has been an answer to prayer,” she said in a press release from the American Center for Law and Justice (ACLJ), one of Abedini's leading advocates. “This is a critical time for me and my family. We look forward to Saeed's return and want to thank the millions of people who have stood with us in prayer during this most difficult time.” 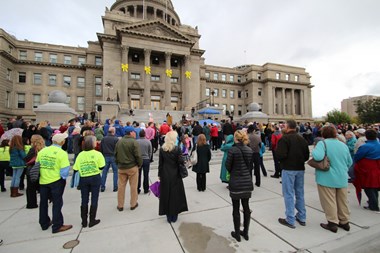 More than 1.1 million people had joined ACLJ's "Save Saeed" campaign. President Obama personally told Naghmeh last year that freeing her husband was "a top priority." This past October, she wrote to the president in The Washington Post that it was "past time" to bring him (and the other hostages) home. "Thankfully I do not put my trust in governments or the rulers of nations," she wrote. "Instead I put my trust in God."

Supporters flocked to Naghmeh's Facebook post confirming the good news, which she received after nearly two weeks of Daniel-inspired prayer and fasting for his release.

“I don’t know what I was expecting, but I felt the Lord saying, ‘Let it go—don’t touch the situation with Saeed, and I will take care of it,’” said Naghmeh in an interview with Morning Star News. “So I let go. I stopped my travels. I stopped speaking. Interestingly enough, it happened when I let it go.”

As CT previously reported, the now 35-year-old Abedini made frequent trips to Iran. A convert from Islam to Christianity, he had been warned by the Muslim nation against his involvement with house churches. 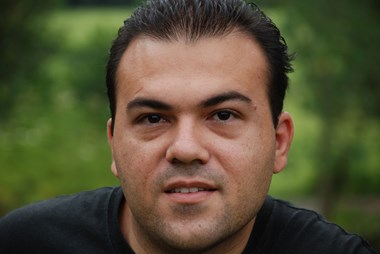 So in 2012, he returned instead to continue building a government-approved orphanage. While there, Abedini was pulled off a bus, charged with undermining national security, and sentenced to eight years in prison.

The sentence has resulted in torture and beatings and pressure to recant for Abedini, whose wife and two children live in Boise, Idaho. His release had been requested by Billy Graham, the White House, President Obama, Secretary of State John Kerry, and the United Nations. 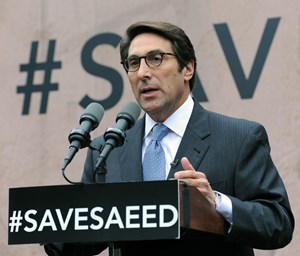 “We’re delighted this day has finally arrived,” stated Jay Sekulow, chief counsel of the ACLJ. “Pastor Saeed should never been imprisoned in the first place. ... We’re grateful for the millions of people who have stood with us in our ongoing efforts—both in this country and abroad—to secure his release. We have worked and prayed that this day would finally arrive. And now, Pastor Saeed can return home.”

The Southern Baptist Convention awarded Abedini the 2014 Richard Land Distinguished Service Award for his "exemplary service and faithfulness to the kingdom of God." 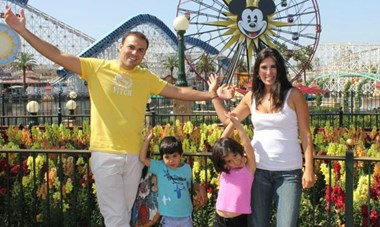 “We are grateful for the release of Pastor Saeed," stated the ERLC's Russell Moore. "The prayers of the Body of Christ all over the world have been answered. This day of celebration should remind us to pray and work all the more for the multitudes still persecuted for their faith all over the world, including in Iran. We hope and long for the day when Iran, and nations like it, are free from those who wish to enslave the conscience at the point of a sword.”

CT has reported on Abedini’s sentencing, torture, and pressure to convert back to Islam, along with the best way to help save him. In November, Naghmeh unexpected halted her public advocacy for her husband, citing marital woes and abuse. She later resumed it, stating that she loved Abedini "more than ever."

As "Christians around the world rejoice" at Abedini's release, Middle East Concern (MEC) reported that "Iranian Christians request our continuing prayer, asking that ... other Christians detained in Iranian prisons will be encouraged and released soon."

MEC previously noted how Abedini was only 1 of an estimated 100 Christians in Iran—which contains between 200,000 and 750,000 Christians—currently in prison for their faith. On December 21, Farshid Fathi, one noteworthy believer championed by Elam Ministries and Voice of the Martyrs, was released after 1,821 days in prison. By comparison, Abedini was imprisoned for 1,208 days. Iran's previous highest-profile imprisoned Christian, Yousef Nadarkhani, was imprisoned for 1,062 days.

CT's previous coverage of Iran includes how it is one of the world's hardest places to be a Christian, yet the persecution is backfiring amid excellent evangelists and a record number of baptisms. CT reported on pastor Nadarkhani's imprisonment and release, and talked with Maryam Rostampour and Marziyeh Amirizadeh after they spent eight months in Iran’s most notorious prison for their faith.