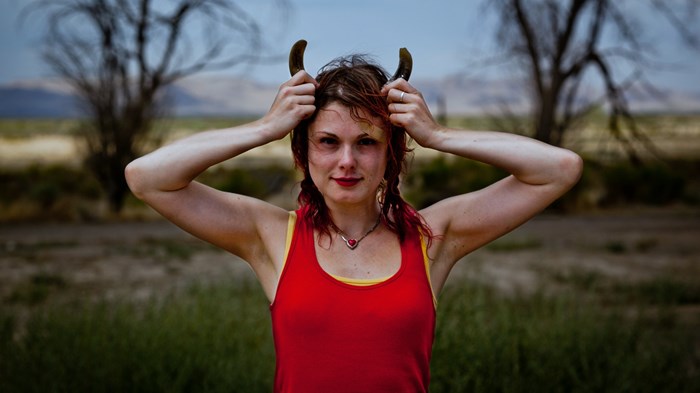 America is full of sinners—and most of them want to mend their ways.

Two-thirds of Americans (67%) say they are sinners, according to a new study from LifeWay Research. Most people aren’t too happy about it—only 5 percent say they’re fine with being sinners.

As America becomes more secular, the idea of sin still rings true, said Scott McConnell, executive director of the Nashville-based group. “Almost nobody wants to be a sinner.”

The survey question about sin was inspired in part by an exchange McConnell witnessed on his way to a Nashville Predators hockey game. A religious group of protesters began preaching at people on the street outside the hockey arena, calling them sinners, he said. That led a few people in the crowd to embrace the title with enthusiasm.

“I wondered how many people really think of themselves as sinners,” said McConnell.

Americans tend to fall into three categories when it comes to sin, according to LifeWay Research’s representative survey of 1,000 Americans. 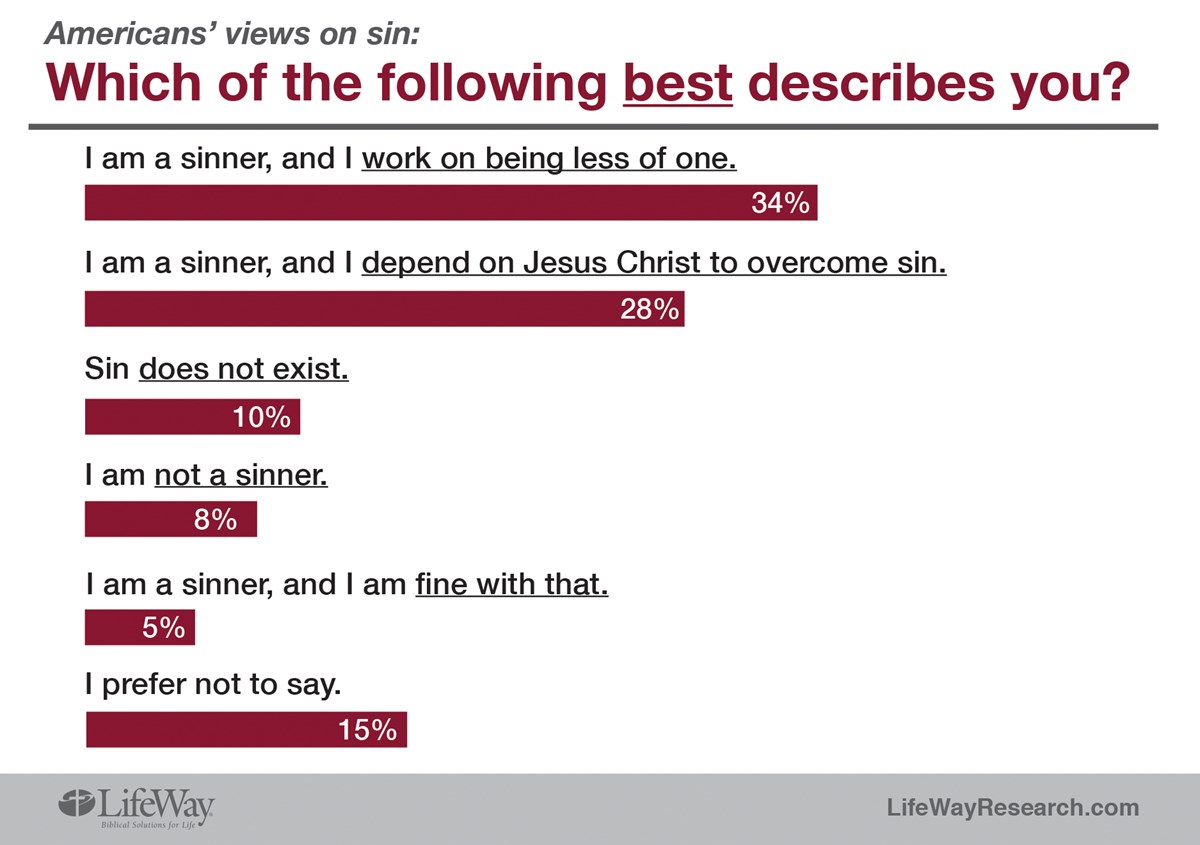 Among the other findings:

A 2016 LifeWay study about theology also found that many Americans think sin is commonplace.

In that study, two-thirds (65%) agreed that everyone sins a little, but most people are good by nature. More than half (57%) said it would be fair for God to show His wrath against sin.

However, few Americans seemed to think most sins put them in spiritual danger. Three-quarters (74%) of Americans disagreed with the idea that even the smallest sin deserves eternal damnation. That includes almost two-thirds (62%) who strongly disagreed.

In the current survey, McConnell said he was struck by how few Americans—outside of those with evangelical beliefs—say they rely on Jesus to overcome sin, a core Christian belief.

“To some Americans, saying you’re a sinner is a way of admitting you are not perfect,” he said. “To those folks, it doesn’t necessarily mean you’re evil or should be punished for your sin. That’s something the church should pay attention to.”

LifeWay Research conducted the study September 27 – October 1, 2016. The survey was conducted using the web-enabled KnowledgePanel®, a probability-based panel designed to be representative of the U.S. population. Initially, participants are chosen scientifically by a random selection of telephone numbers and residential addresses. Persons in selected households are then invited by telephone or by mail to participate in the web-enabled KnowledgePanel®. For those who agree to participate but do not already have internet access, GfK provides at no cost a laptop and ISP connection.

Sample stratification and weights were used for gender, age, race/ethnicity, region, metro/non-metro, education and income to reflect the most recent US Census data. The completed sample is 1,000 surveys. The sample provides 95 percent confidence that the sampling error does not exceed plus or minus 3.1 percent. Margins of error are higher in sub-groups.