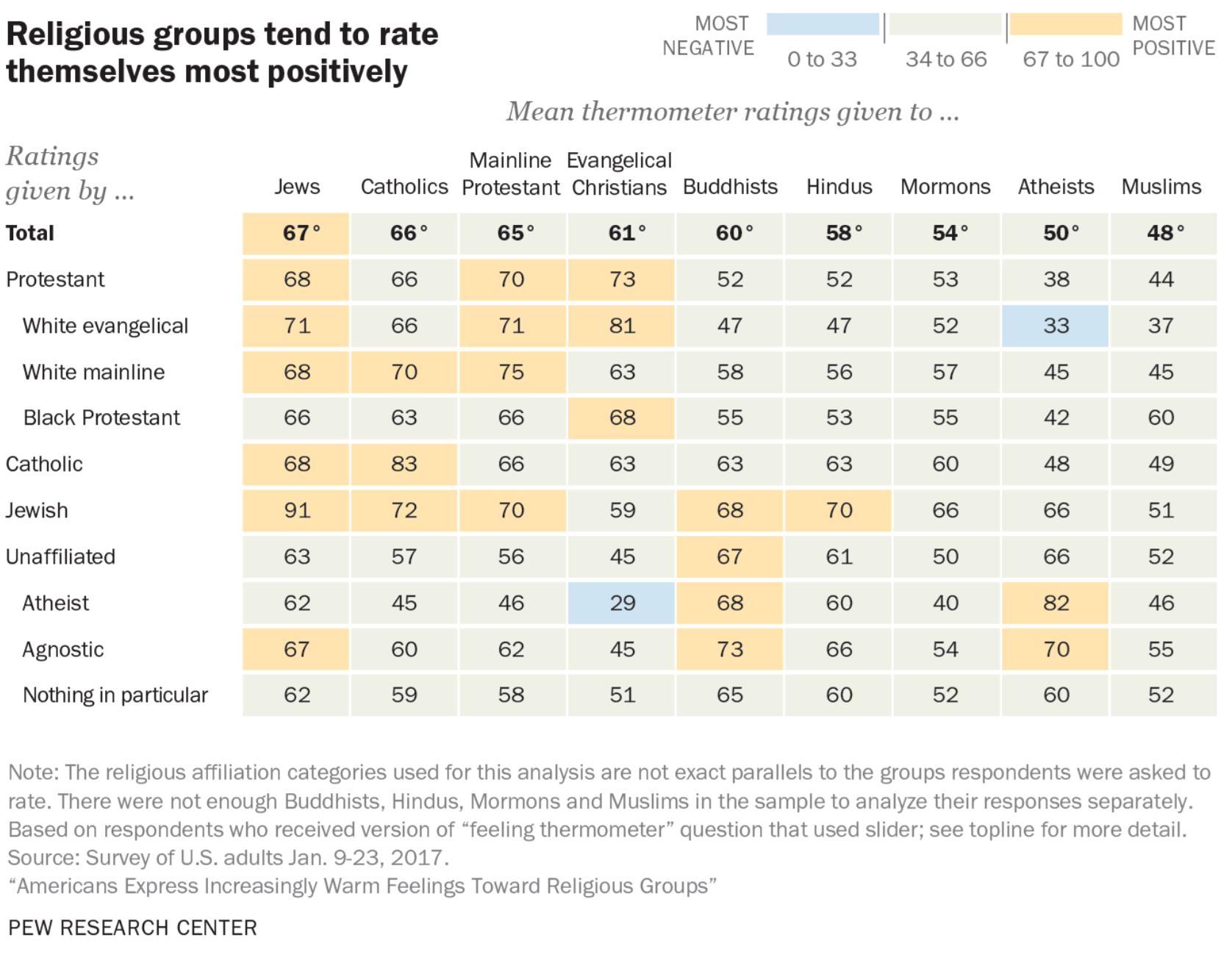 Evangelicals are the only religious group in the United States that has not developed a better reputation over the past few years. And Americans have become less likely to know an evangelical—more so than any other faith tradition.

While feelings toward evangelicals have remained stable (even among Democrats), Americans gave warmer responses to every other faith group this year than they did in 2014, according to Pew Research Center findings released today.

Jews, Catholics, Buddhists, Hindus, and Mormons all improved their standings, with the two lowest-rated affiliations—atheists and Muslims—seeing some of the largest gains.

Pew’s “feeling thermometer” survey of more than 4,200 adults found that even without any increase, evangelicalism remains one of the most-liked faith tradition in the country—behind Jews, Catholics, and mainline Protestants. However, the movement’s popularity is largely due to positive ratings from evangelicals themselves.