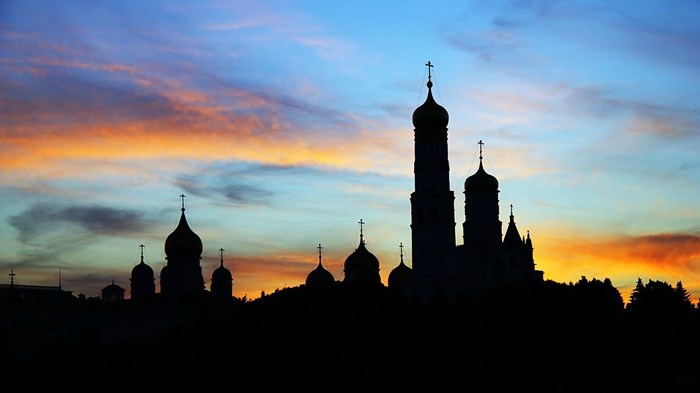 One Sunday morning in August, three policemen came to Don Ossewaarde’s home in Russia, where the Baptist missionary from Illinois was holding his weekly Bible study.

“Afterwards, they took me to the police station and charged me with conducting missionary activities in violation of a new law that took effect on July 20, 2016,” Ossewaarde wrote. “At a court hearing, I was found guilty and sentenced to pay a fine of 40,000 rubles, which is over $600.”

Ossewaarde was snagged by Russia’s new anti-terrorism law that President Vladimir Putin approved last summer. The “Yarovaya law” calls for tighter restrictions on missionaries and evangelism, and has resulted in at least 32 prosecutions since it went into effect in July.

But now that law might be getting a second look.

Ossewaarde appealed his case three times, and has worked his way up to Russia’s Supreme Court, where his attorneys hope the case will be heard in the next few months. He also plans to appeal to the Constitutional Court; if judges accept the case, the consequences could be immense.

“This makes Ossewaarde's case the first under the ‘anti-missionary’ amendment to reach this level in the Russian courts, and the first to issue a challenge to the legislation itself,” Forum 18 reported. “The Constitutional Court, if it accepts the appeal, will examine whether the amendment contravenes the provisions of the Russian Constitution.”

It wouldn’t be the only review. Last week, a working group created by the Duma, Russia’s legislative assembly, began to review the Yarovaya law, reported the Religious Liberty Prayer Bulletin. Putin conceded in September during elections that the unpopular law may need to be “adjusted to not put people in a difficult position.”

Those difficult positions include:

All are accusations that have been made against Protestants under the new law, reported Forum 18 in its analysis of all cases thus far.

Officially, the Yarovaya law requires missionaries to have permits, makes house churches illegal, and limits religious activity to registered church buildings, among other restrictions. Individuals who disobey can be fined up to $780, while organizations can be fined more than $15,000.

The law has drawn protests from the Protestant Churches of Russia, as well as the European Evangelical Alliance and USCIRF (the US Commission on International Religious Freedom).

But the application of the law has been seen as “a very huge question mark,” as Slavic Gospel Association communications manager Joel Griffith told Mission Network News after the law’s passage last summer.

Months later, there is still no clear answer.

Missionaries can only operate as formal representatives of state-recognized religious associations. But not having written proof of that has been evidence of both innocence and guilt, according to Forum 18.

“Whether such cases end in conviction or acquittal appears to rest on, firstly, the ability of police or prosecutors to link the defendant with a particular association, and secondly, whether the judge decides to uphold an individual's constitutional right to share beliefs as a private citizen,” Victoria Arnold reported for Forum 18.

The Yarovaya law also does not clearly define religious activity—whether that be individual interaction, or open concerts, or Bible studies in a home.

Of the 32 people that have been charged so far, 5 had their cases dropped before making it to trial, Forum 18 reported. Five more were acquitted, leaving 18 convicted in the 23 trials that have taken place so far.

Many were Protestants, including five Pentecostals, two Baptists, two Seventh-day Adventists, and four other Protestants.

Though several Protestant charges were dropped for legal or technical reasons (including the charges against a man believed to be sharing on behalf of the Gideons), only one has been overturned. Pentecostal pastor Andrei Matyuzhov successfully argued that he had authorization from a group called New Generation, and that the religious service in his home was for friends and family.

The religious aspects of the law are widely seen as a gesture of solidarity from the Kremlin to the Russian Orthodox Church.

“The Russian Orthodox Church is part of a bulwark of Russian nationalism stirred up by Vladimir Putin,” David Aikman, history professor and foreign affairs expert, told CT in July. “Everything that undermines that action is a real threat, whether that’s evangelical Protestant missionaries or anything else.”

However, earlier this month the Orthodox church’s top Moscow lawyer did state that a court’s decision to fine the Salvation Army and destroy its improperly marked publications—including 40 Bibles and hundreds of songbooks and hymnals—was a “great overreach.”