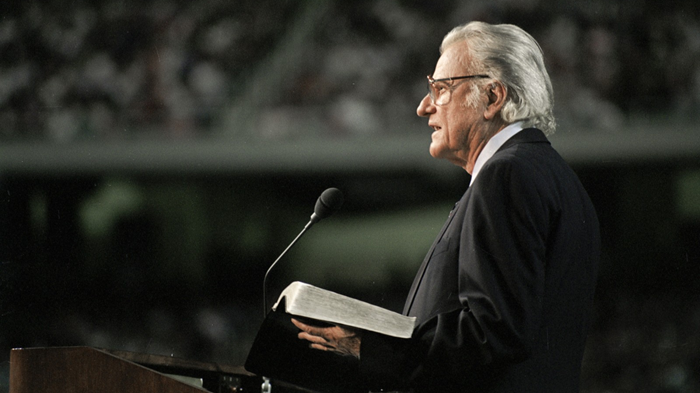 In the fall of 1949, a little-known Baptist preacher launched a series of revival meetings at a “canvas cathedral” at the corner of Washington Boulevard and Hill Street in Los Angeles.

The meetings were supposed to last three weeks. Instead, they continued for eight weeks, drawing more than 300,000 people and making Billy Graham a household name.

Nearly 70 years later, the 99-year-old evangelist remains one of the best-known preachers in America, according to a survey from Nashville-based LifeWay Research.

Half of Protestant churchgoers in America (48%) have seen one of his sermons on television, while 1 in 10 (11%) attended one of his revivals, known as crusades.

If you go to a Protestant church, chances are you know of Billy Graham, said Scott McConnell, executive director of LifeWay Research. “We’d be hard-pressed to find another American Christian leader who has that kind of name recognition.”

The survey of 1,000 churchgoers—those who attend a Protestant ... 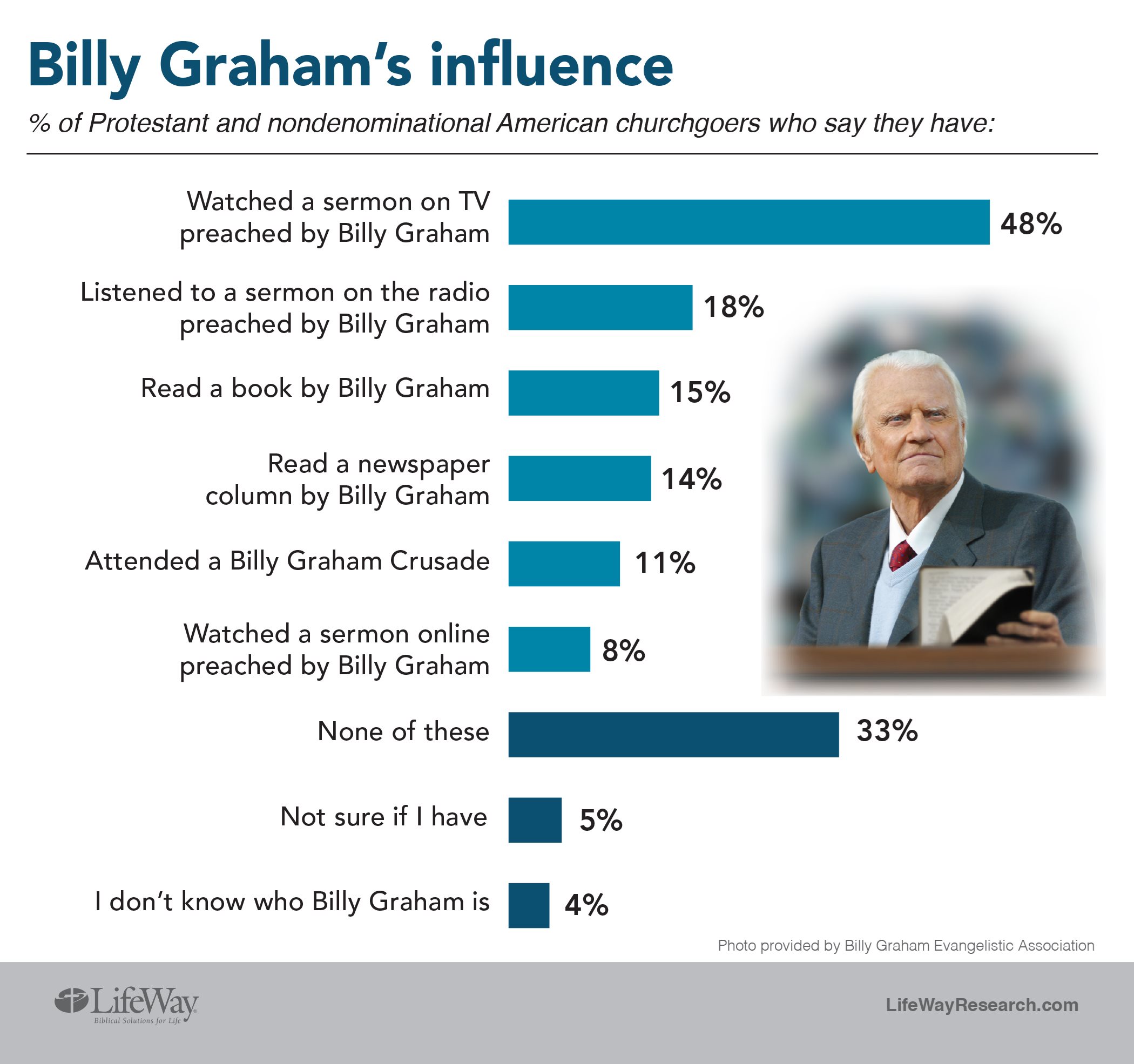