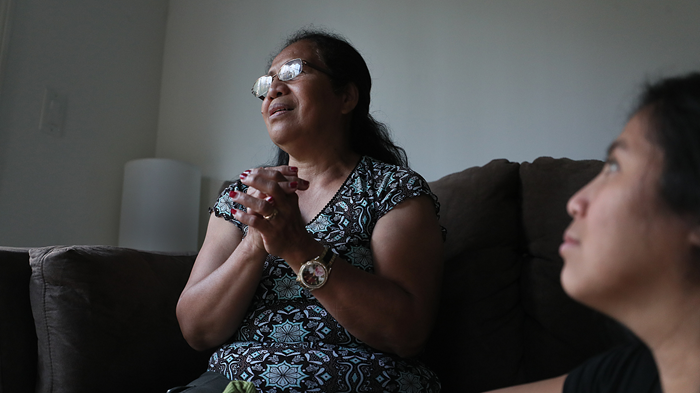 Despite an ongoing crackdown by Immigration and Customs Enforcement (ICE) on immigrants living in the United States illegally, these 100 Christians from Southeast Asia can breathe a little easier—for now.

In the New Hampshire case, US District Judge Patti Saris gave the immigrants living mostly in the state’s coastal towns 90 days to reopen their cases once they receive the necessary paperwork.

Most of the endangered immigrants are counted among a group of about 2,000 ethnic Chinese Indonesian Christians who fled violence in their home country two decades ago. Each of them entered the United States legally, typically via tourist visas now long overstayed. While some have been granted legal status, others—including the dozens now threatened with deportation—have seen their applications denied or stalled.

The immigrants have held jobs, raised families, and lived peacefully in the US over the last 20 years. But their reprieve granted under previous administrations has ended as President Donald Trump emphasized a policy of removing illegal aliens.

“This is a hard case,” said Saris at a hearing, according to Reuters. “These are good and decent people who have stayed here with our blessing and were given work authority and haven’t violated the opinions we imposed on them.”

In her opinion, Saris concluded that the 90-day pause was warranted in light of the potentially deadly circumstances that may await Christians forcibly returned to Indonesia.

“A brief delay in unlawful deportation of residents who have lived here with government permission for over a decade outweighs the public interest in prompt execution of removal orders, where petitioners have been law-abiding and pose no threat to public safety,” Saris wrote.

The immigrants have lived in the US for years, protected since 2010 by a now-defunct humanitarian program called “Operation Indonesian Surrender.” However, beginning in August of last year, as these individuals attended their regular ICE check-ins, they were informed of their impending deportation.

The plight of the dozens of Indonesian Christians in the New Jersey case is similar. In that case, US District Judge Esther Salas granted a temporary stay to deportations in response to a lawsuit put forth by the American Civil Liberties Union (ACLU).

New Hampshire governor, Chris Sununu, lauded the decision in his state and affirmed the court’s call for further re-examination in the case. “I will continue to advocate for a resolution that protects these individuals from religious persecution and allows them to remain in the United States,” he stated.

Lee Gelernt, an attorney with the ACLU, critiqued ICE tactics in the case and expressed relief at the stay. “The ruling ensures that the fundamental principles of habeas corpus and due process will not be discarded in the rush to deport these longtime residents,” he told Law360.

“I was hoping the judge would decide to let my friends work on their case for 90 days. That is what we hoped,” Pontoh told the Associated Press. “This is wonderful. That means my friends can have time, their lawyers will have more time to work on their cases. This is the last fight for them.”

Battles for Religious Freedom in Indonesia

Indonesia ranks No. 38 on Open Doors’s World Watch List, which tracks the most dangerous countries for Christians. After moves toward increased openness and democratic freedoms over the last two decades, Indonesia has sent mixed messages on persecution in recent years.

Last year, the Christian governor of Jakarta, the capital of Indonesia, was convicted of blasphemy against Islam. The governor, Basuki Tjahaja Purnama, popularly known as Ahok, received a two-year jail sentence for challenging political rivals on their use of the Qur‘an to dissuade the country’s Muslims from voting for a non-Muslim.

Social, political, and religious forces have converged against Christians in the country that is home to the largest Muslim population in the world. Especially following Ahok’s conviction, fringe Islamist groups have leveraged increased political influence. A 2006 law allegedly promoting “religious harmony” prompted the closure or destruction of more than 1,000 Indonesian churches. In 2015, threats against churches ultimately scared thousands of Christians from their homes in the nation’s Aceh province.

However, the last year has been somewhat more measured. Ahok’s replacement in Jakarta, Anies Baswedan, has attempted to reach out to the archipelago’s embittered Christians, inviting them to host their public Christmas celebration at the city’s National Monument. (The Christians expressed appreciation, but rejected the offer.) In a far more significant move that came last November, Indonesia’s top court discarded the national requirement that compelled citizens to identify with one of six religions on their national identification cards.

According to Open Doors, Indonesia is on an overall negative trajectory in terms of freedom and protections for Christians. The continuing persecution of Christians in Indonesia provided the US judges grounds for staying deportation orders, as it is considered unconstitutional to deport immigrants to countries where they are likely to face persecution or torture.

In New Jersey, four Indonesian Christian men sought refuge in the Reformed Church of Highland Park last month to avoid deportation. One of the men, Harry Pangemanan, who watched as two companions were arrested while he fled to the church, has a wife and two children and is an elder at the church. He helped rebuild hundreds of homes in the aftermath of Hurricane Sandy. The court ruling means these men can now leave the church without fear of arrest for deportation.

“Praise God,” Pangemanan told USA Today. “I feel so much relief and for my daughters. There’s still so much to do, but I just praise God for what we have now.”

Reformed Church of Highland Park’s pastor, Seth Kaper-Dale, is familiar with the predicament facing some of his congregants. In 2006, more than three dozen men connected to the church community were deported. Last year, eight Indonesian refugees moved into the church to find sanctuary in light of increased ICE threats of removal.

At the time, Kaper-Dale received a call from Arino Massie, an Indonesian Christian and one of his flock, saying, “Pastor, I’m already on the plane. I’m headed for Japan. Thanks for all the efforts of the community. Tell the community I love them. Tell my son I love him.”

The 100 Indonesian Christians in New Hampshire and New Jersey are now fighting a legal battle that, if lost, could lead them to the same fate that befell Massie.

For the moment, however, some of the pressure is off.

Judges Saris and Salas have rejected ICE’s deportation initiatives for the time being. But the long-term threat is no less potent.