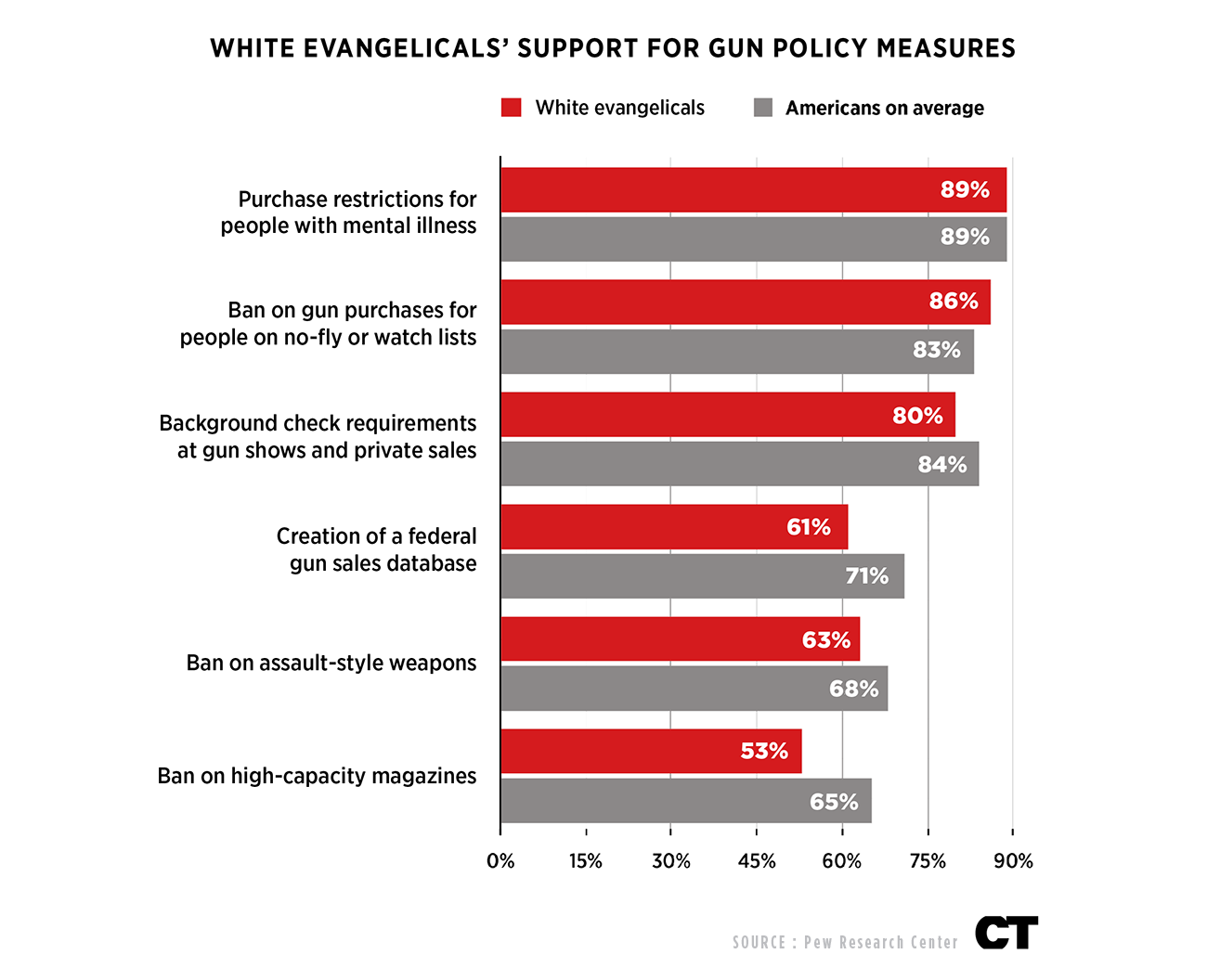 White evangelicals hold the same views as most Americans on many proposals to restrict access to guns, but are also among the biggest advocates for a more divisive idea that has come up following the Parkland, Florida, school shooting: arming classroom teachers.

Along with Americans across religious groups, white evangelicals strongly support laws to prevent people with mental illnesses from purchasing guns and to require background checks to purchase firearms at gun shows or through private sales, according to 2017 Pew Research Center data provided to CT.

Though white evangelicals tend to be less eager to see the government adopt stricter gun laws, they actually show similar levels of support for individual policy measures as the rest of the country.

White evangelicals resemble Americans on average when it comes to banning gun sales to those on federal no-fly or terrorist watch lists (86% vs. 83%) as well as banning assault-style weapons, such as the AR-15 used in several recent mass shootings (63% vs. 68%), Pew reported. (Though two-thirds of black Protestants identify as evangelicals, Pew could not break them out on many questions due to small sample size.)

Last week, Christian Broadcasting Network (CBN) founder Pat Robertson spoke out in favor of banning automatic weapons and using background checks to screen for mental illness. A group of 15 evangelical leaders has launched a petition urging fellow believers to call for “common-sense gun laws” in addition to praying over the threat of gun ...