Manhattan DA’s case involving the former heads of Newsweek and the Christian Post expands to include Olivet University.
Kate Shellnutt|November 16, 2018 10:12 AM 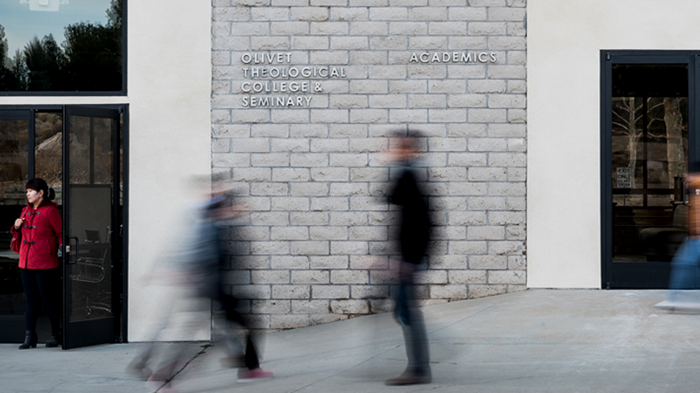 The case against the ex-publisher of the Christian Post and the affiliated Christian Media Corporation has expanded to an alleged $35 million money laundering scheme involving a California-based Bible college.

The Manhattan District Attorney’s office on Thursday charged Olivet University with making up a fake accountant to make its financial standing look better than it actually was so it could obtain funding to support day-to-day operations. An indictment filed last month accused Christian Media Corporation and former Newsweek owner IBT Media of similar activity.

The case naming Olivet—founded by controversial Korean pastor David Jang (not to be confused with Olivet Nazarene University in Illinois or Olivet College in Michigan) —brings about a dozen more charges against William C. Anderson, who led the Christian Post from 2010 until last summer, IBT CEO Etienne Uzac, and their companies. They were indicted by the DA on an initial $10 million fraud in October, as CT reported.

Though all have denied the alleged wrongdoing and pled not guilty, the district attorney’s case legally brings together several entities suspected to be working together under the influence of Jang’s network, but have long denied any official or financial connection to one another.

The defendants see the case as, essentially, a victimless crime, since the loans they allegedly obtained through fraudulent means have all been repaid.

“Olivet University denies the charges announced [Thursday] by the District Attorney’s Office and will vigorously defend itself against these unsupported allegations — including the puzzling claim that lenders who have suffered no loss were somehow victimized,” Olivet spokesman Ronn Torossian said in a statement to CT.

The New York Post quoted a similar defense from IBT Media and Uzac spokesman Marc Agnifilo, who said that if the borrowed money was paid back, “Why then are these Christian institutions, their officers and corporate partners subjects in a sweeping indictment?”

Olivet, the International Business Times, and the Christian Post were all founded by Jang or his close associates. Former employees of the Christian Post and leaked chat transcripts indicate that he exerted significant control over business and editorial decisions. Investigations by Christianity Todayand others have indicated his network continues to hold influence behind the scenes, bringing the entities together. Some followers consider the 69-year-old pastor the “Second Coming Christ.”

The indictment specifically charges Andrew Lin, chair of Olivet’s board of trustees and John Xiao, finance director and business school dean. Multiple former members of Jang’s community told Christianity Today that Lin’s wife, Borah, was the key promoter of the idea that Jang is a messiah chosen by God to complete Jesus’ earthly mission.

Anderson, formerly of the Christian Post, was a member of the Olivet board through 2016. Though Uzac has stated that Jang does not have financial ties to IBT, he told Buzzfeed that the company had “a great working relationship” with Olivet, which launched a journalism school in 2004.

In the alleged scheme, Olivet and the media companies had requested the loans to purchase high-end servers from Oikos Network Inc. The investigation found that IBT and CMC International obtained cheaper servers and used the remaining money, but a raid on Olivet’s upstate New York campus “was said to have turned up zero servers — which apparently confirmed suspicions that they were ghost servers that did not exist,” according to the New York Post.

“The defendants … transferred the funds through multiple accounts to mask their origin, and to disguise the fact that the funds weren’t being used to purchase equipment,” the Manhattan district attorney stated. “The money was used to purchase real estate, fund Olivet’s day-to-day operations, and for other purposes unrelated to the stated purpose of the financing.”

The investigation also found that Olivet and IBT sent funds to each other.

When the district attorney’s office raided Newsweek at the start of the year, Olivet stated that any speculation “which link Olivet University to government probes, and or Newsweek/IBT Media, are inaccurate.” At the time, the university said that the only financial relationship with the media company involved payment for licensing and R&D services.

Originally founded by Jang as Olivet Theological College & Seminary in 2000, the school says it offers a dozen undergraduate degrees and 11 master’s and doctorate programs. Olivet does not publically list current enrollment figures, but its student body largely consists of Asian students with visas to study in the US.

“Olivet stands strongly by the individual members of its team who have been wrongfully accused,” Torossian said on behalf of the university.

“Olivet is a Christian institution dedicated to providing educational and spiritual opportunities to students around the globe—including in locations that are hostile to Christianity and Christian practice. Olivet is no stranger to adversity and looks forward to being fully vindicated in court.”