In the UK version of Masterpiece Cakeshop, Ashers Baking Company secures a bigger legal victory in the gay cake debate.
Kate Shellnutt|October 10, 2018 10:05 AM 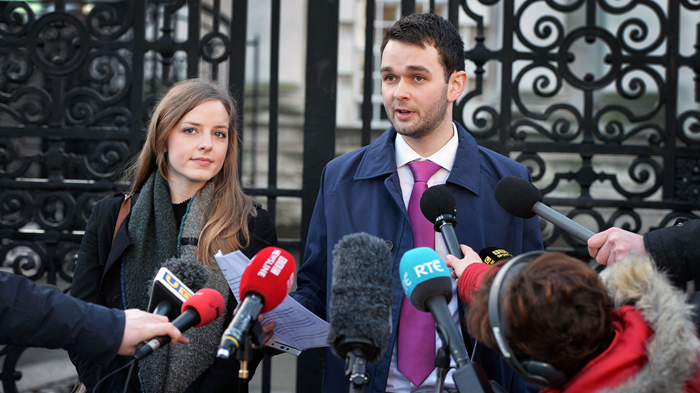 Evangelicals in the United Kingdom secured a major legal victory for freedom of conscience today, as the nation’s Supreme Court ruled on behalf of a Christian bakery that declined to fulfill an order for a pro-gay cake.

The high court declared that the owners of Ashers Baking Company in Belfast, Northern Ireland, could not be compelled to promote a message that went against their beliefs—in this case, a Bert and Ernie cake celebrating the International Day Against Homophobia.

“The bakers could not refuse to supply their goods to [customer and LGBT activist] Mr. Lee because he was a gay man or supported gay marriage, but that is quite different from obliging them to supply a cake iced with a message with which they profoundly disagreed,” said Supreme Court president Lady Hale, delivering the opinion in the unanimous 5–0 ruling.

The court’s reasoning resembled the defense made for Masterpiece Cakeshop, the Christian-owned bakery in Colorado that famously won at the US Supreme Court last June over its refusal to bake cakes for same-sex weddings.

The Masterpiece Cakeshop victory hinged on the state’s biased enforcement of religious freedom accommodations and ended up being a narrower ruling than its Christian supporters had hoped for, without universally granting broader protections for compelled speech.

In contrast, the UK decision is being celebrated as a bigger victory.

“The key outcome of today’s ruling is that no one can be compelled to say anything that they profoundly disagree with,” according to the UK Evangelical Alliance.

The ruling defended the bakers’ protections under the European Convention on Human Rights, saying “…obliging a person to manifest a belief which he does not hold has been held to be a limitation on his article 9(1) rights [freedom of religion or belief]” and “the freedom not to be obliged to hold or manifest beliefs that one does not hold is also protected by article 10 of the Convention [freedom of expression].”

“The court found that there was no discrimination on the grounds of religious belief or political opinion, and ultimately concluded that compelled speech would not have been justified in this case,” said Peter Lynas, director of the Evangelical Alliance Northern Ireland, noting that all charges of discrimination lodged against Ashers owners Daniel and Amy McArthur had been dismissed.

“Our hope and our prayer is that everyone in Northern Ireland is treated fairly and justly,” he said. “This judgment is an important step in that direction.”

Daniel McArthur read a statement outside the court today:

I want to start by thanking God. He has been with us during the challenges of the last four years. Through the Bible and the support of Christians, he has comforted us and sustained us. He is our rock, and all his ways are just. We are delighted and relieved at today’s ruling.

We always knew we hadn’t done anything wrong in turning down this order. After more than four years, the Supreme Court has now recognized that, and we’re very grateful—grateful to the judges and especially grateful to God.

We’re particularly pleased the Supreme Court emphatically accepted what we’ve said all along—we did not turn down this order because of the person who made it, but because of the message itself.

The McArthurs operate nine bakeshops under the Ashers Baking Company brand. “Our name comes from the Bible,” their website reads. “Asher was a tribe of Israel who had many skilled bakers and created bread fit for a king.”

The legal challenge over the Bert and Ernie cake, which was meant to read, “Support Gay Marriage,” was launched by the Northern Ireland Equality Commission back in 2014. The customer, Lee, initial won his discrimination claims against the bakery in the county court as well as the Northern Ireland Court of Appeal.

Amid the legal fight, Ashers has benefitted from the publicity, with profits rising to nearly $2 million.

“For Christians, too, today’s ruling is a reminder that their free speech rights are protected as well,” said Simon Calvert, deputy director for public affairs at The Christian Institute, “and there’ll be a lot of rejoicing in churches across the country today.”

Protestants like the McArthurs remain the largest religious group in Northern Ireland, the only area of the UK where same-sex marriage remains illegal.

As researcher Andrea Hatcher wrote last year for CT, the Protestant-founded Democratic Unionist Party (DUP) has “held the line to protect abortion restrictions and to ban the expansion of same-sex marriage in Northern Ireland,” while British evangelicals have been less eager to fight culture wars in the political sphere, considering abortion and same-sex marriage already decided by law.

Earlier this year, the UK Supreme Court failed to take up a case against Northern Ireland’s restrictive abortion law, saying a European human rights commission did not have grounds to present the challenge.

DUP leader Arlene Foster celebrated the Ashers ruling as “historic and seminal.” She wrote on Twitter, “I commend Amy and Daniel McArthur for their grace and perseverance. This now provides clarity for people of all faiths and none.”