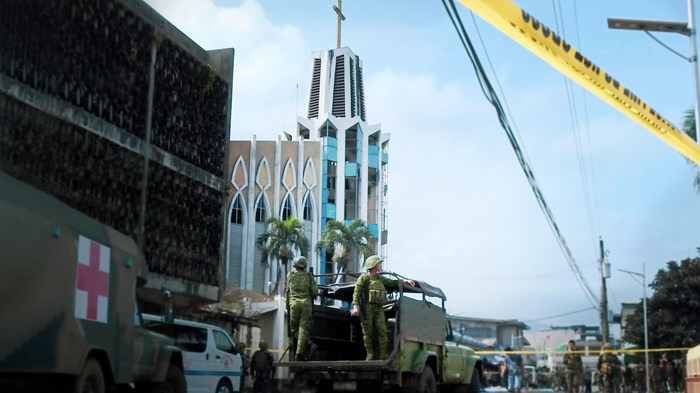 Filipino Christians are mourning at least 20 churchgoers and soldiers as martyrs after terrorists attacked a Catholic cathedral during Sunday mass in a heavily Muslim island in the southern Philippines.

Two bombs went off at Our Lady of Mount Carmel in Jolo within minutes, the first blasting through rows of pews and the second shooting from the entrance to kill scrambling parishioners as well as the guards positioned outside to protect the church week after week.

Mount Carmel’s iconic blue-windowed façade, facing the provincial capital’s town square, was shattered and the streets quiet as officials warned residents against large gatherings in the wake of the bombing. In a region plagued by Islamist violence, it’s not the first attack on the cathedral—but it is the deadliest.

Sunday’s tragedy comes less than week after surrounding islands voted to form an autonomous region among the Muslim strongholds in an effort to end ongoing clashes between Philippine ...