The Government Is Ending Fetal Tissue Research. Some Scientists Say We Don’t Need It.

How experts and pro-life advocates think the new policy will impact the future of medical study.
Rebecca Randall|June 27, 2019 10:00 AM 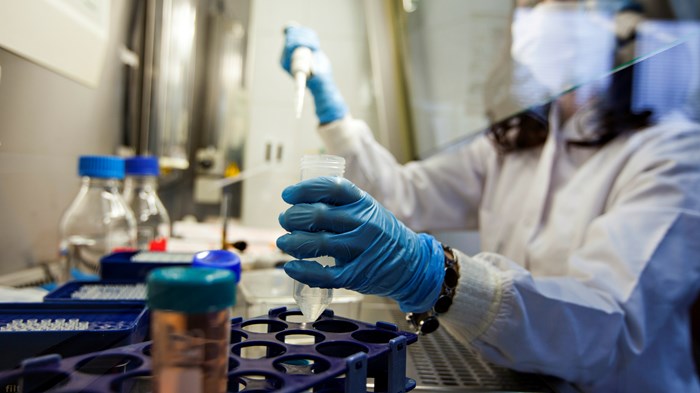 Earlier this month, the Trump administration laid out a plan to halt scientific research using fetal tissue from abortions.

The decision follows a 2018 letter from leaders at several pro-life organizations, including Russell Moore at the Southern Baptist Ethics and Religious Liberty Commission (ERLC) and David Stevens of the Christian Medical and Dental Associations, asking the government to end federally funded fetal tissue research for moral and ethical reasons.

They challenged the standard of using aborted fetuses in studying many diseases, including HIV, Parkinson’s, and Zika—as some researchers have—and argued that ethical alternatives exist.

“The federal government must find ethical alternatives as soon as possible, and should end all association with those who participate in any trafficking or procurement of aborted baby organs,” they wrote to US Department of Health and Human Services (HHS) secretary Alex Azar. “No taxpayer dollars should continue to go to this gruesome practice. It is our hope that these reforms would start with you and HHS – and start today.”

After a review and audit, the HHS announced in early June plans to change its regulations and policies around research involving human fetal tissue and to discontinue research “that requires new acquisition of fetal tissue from elective abortions,” citing the administration’s efforts to promote the dignity of human life starting at conception. (Azar, himself an Orthodox Christian, has overseen HHS as it has moved to offer stronger protections for pro-life medical workers over the past two years.)

What does this policy shift mean for future research funded by the government?

Scientists working with fetal tissue that has already been acquired and funded are not required to stop their research. However, any new grants are now subject to review by an ethics board.

HHS terminated a contract with scientists at the University of California, San Francisco who have been using the tissue to create humanized mice—mice altered to model the human immune system—which can then be used to test drugs on HIV and autoimmune diseases, such as Crohn’s and arthritis. The directive also cancels a contract between the Food and Drug Administration scientists and Advanced Biomedical Resources, the entity that was exposed in 2015 for purchasing and selling aborted fetuses from Planned Parenthood.

Why do researchers use fetal tissue in the first place?

Many scientists at leading medical institutions say that fetal tissue is vital to research when they need cells that are less specialized than adult stem cells, and they use it in studying many diseases.

Abortive fetal tissue in medicine became contentious in the last two decades, as people have learned that it was used to create cell lines in the 1960s that are used in some vaccines still administered today. It’s a practice rarely used in developing new vaccines. Though some forms of the Ebola vaccine have used fetal tissue in development, other alternatives are stronger candidates in trials.

Scientists also want fetal tissue to help them understand how Zika attacks the brain. Over the last 20 years, scientists have experimented with transplanting fetal cells—from abortions as well as from lab-grown stem cells—into the brains of Parkinson’s patients in a search for the most effective therapy.

What do Christians in medical research have to say about the change?

National Institutes of Health director Francis Collins, an evangelical Christian, said that fetal tissue research is scientifically justified, adding that it could be done within an ethical framework. Last December, he also announced that his agency will spend $20 million on alternatives, such as humanized mice made from other sources, like tissue left over from newborns who have undergone heart surgeries.

While Collins declined to address current fetal tissue research in a CT interview, he said that it’s possible one might ultimately find abortion to be unethical while finding the historic use of fetal cell lines in vaccines to be ethical because instead of being simply medical waste, the tissue saved other people’s lives.

Scientist David Prentice at the Charlotte Lozier Institute, who is an evangelical Protestant, is particularly optimistic about adult stem cells or other alternatives but also felt using non-abortive fetal tissue could be viable—such as fetal tissue from a spontaneous miscarriage or an ectopic pregnancy.

Though scientists who use fetal tissue in research say that this tissue is rarely normal, “a lot of miscarriages or stillbirths have nothing to do with the normalcy of the tissue,” he said. “Then it’s simply a matter of having a system in place, like the organ donor system. … I think it would be ethically acceptable to most.”

What do we know about the alternatives to using fetal tissue from abortions?

Prentice and stem cell researcher James Sherley have been advocating against fetal tissue research for months on Capitol Hill.

“One of my main points is you don’t need to do this with aborted fetal tissue,” he said in a CT interview. Humanized mice can be created with adult tissue or tissues normally discarded during neonatal surgeries, cord blood, or bone marrow.

Even studying Zika can be done with stem cells to grow a cerebral organoid (fetal brain) to help determine the cause of microcephaly. “There are, frankly, better ways,” said Prentice, maintaining that his argument is not merely ethical but also scientific.

Prentice said that science is advancing and researchers are finding better ways to use adult stem cells.

“I think we labored for many, many years under an illusion that there weren’t these various types of adult stem cells and tissues or that they were very limited in their abilities,” he said. “Experiments have shown that’s just not the case anymore.” Just in the last couple of years, sickle cell anemia has been cured or reversed in adults after treatment with a stem cell therapy.

How have pro-life organizations and Christian denominations responded?

Particularly in the wake of the undercover video campaign exposing Planned Parenthood’s sale of aborted fetal parts, pro-life advocates have celebrated the move to restrict funding—and thereby, the demand—for such tissue.

“Most Americans do not want their tax dollars creating a marketplace for aborted baby body parts which are then implanted into mice and used for experimentation,” read a statement from Jeanne Mancini, president of March for Life. “This type of research involves the gross violation of basic human rights and certainly, the government has no business funding it.”

Many denominations or organizations have not weighed in on the use of fetal tissue in research, but others tread carefully.

The National Association of Evangelicals opposes human tissue of any kind becoming a commodity, while the Episcopal Church left the issue open for further discussion, allowing that it may support research on fetal tissue derived from an abortion performed to save the life of the mother.

The Government Is Ending Fetal Tissue Research. Some Scientists Say We Don’t Need It.