Revised code of conduct shifts in favor of “uniform standards of behavior for all students.”
Morgan Lee|March 19, 2019 09:19 AM 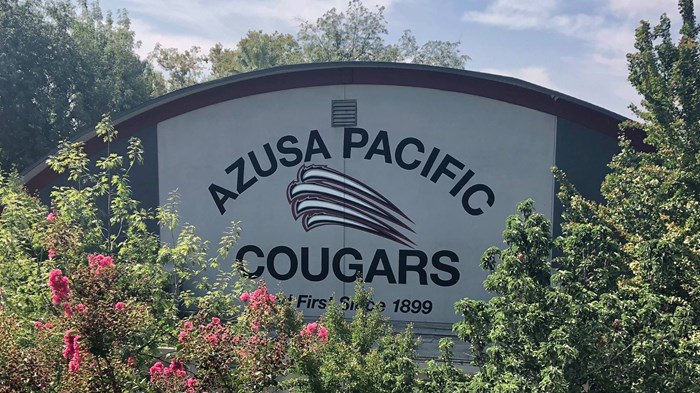 Azusa Pacific University (APU) has gone back and forth this school year on whether to allow students to date members of the same sex.

Last week, the Southern California Christian college decided, once again, to remove a ban on “romanticized” same-sex relationships from its code of student conduct.

APU had initially made the same change in the fall, only to reverse the decision when its board of trustees said it had never approved the change.

“APU is an open-enrollment institution, which does not require students to be Christian to attend, and the handbook conveys our commitment to treating everyone with Christ-like care and civility,” stated APU provost Mark Stanton. “Our values are unchanged, and the APU community remains unequivocally biblical in our Christian evangelical identity.”

APU, which comes out of a Wesleyan tradition and continues to uphold a traditional view of marriage, does not require its students to be Christian, unlike about a third of fellow members of the Council of Christian Colleges and Universities that require students to sign a statement of faith.

APU prohibits sex outside of marriage, and the student code revisions represent “uniform standards of behavior for all students, applied equally and in a nondiscriminatory fashion,” Stanton said.

In December, two board members resigned, due to “a personal belief that APU has drifted from its orthodox principles,” board chairman David Poole told World magazine. Poole released a statement to the APU community saying he disagreed with their characterization.

While APU students are not required to sign a statement of faith, faculty members are. Around the same time that the ban on student same-sex relationship was lifted for the first time last fall, APU had also dropped longstanding language from an eight-point statement on human sexuality, which declared “homosexual acts” (among others) are “expressly forbidden” by Scripture; “heterosexuality is God’s design for sexually intimate relationships”; and “humans were created as gendered beings” to be fruitful and multiply. These revisions have remained on the website.

Below is text from APU’s revised student handbook section on sexual stewardship, which does not explicitly mention LGBT students or relationships:

We value sexual stewardship. As an evangelical community of disciples and scholars who embrace the historic orthodox Christian understanding of Holy Scripture, Azusa Pacific University holds that sexuality is a gift from God. Therefore, we seek to cultivate a community in which sexuality is embraced as God-given and good, and where biblical standards of sexual behavior are upheld.

The APU community is committed to treating everyone with respect and Christ-like compassion. We are committed to applying uniform standards to all students in a nondiscriminatory fashion.

We believe that students are best supported if they are able to share their questions and concerns with trusted others and understand that concerns about sexuality may be difficult to disclose. In all such personal issues, we commit to discipling our students with discretion, sensitivity, discernment, grace, and truth so that as they steward their sexuality and expressions of intimacy, students make decisions based on historical biblical values.

We affirm a biblical foundation for sexual relationships in full accord with the APU’s Human Sexuality statement. We believe God designed the covenant of marriage and that individuals remain celibate outside of that marriage covenant.

Evangelicals who have followed the flip-flop from outside the APU community worry that what the school sets up as nondiscrimination violates core beliefs on biblical sexuality.

“The fundamental problem here is that Azusa’s student handbook fails to make a moral distinction between homosexual and heterosexual relationships,” wrote Denny Burk, president of the Council on Biblical Manhood and Womanhood. “Even when abstinent, they are not morally equivalent.”

APU is also under financial strain, having announced at the start of this year plans to cut 6 percent of its teaching faculty positions, Inside Higher Edreported.

Last fall, the school revealed that it had a $9.9 million operating deficit, one month after Moody’s Investors Service downgraded APU’s bond rating into junk territory. Soon after, APU president Jon Wallace announced he would be out on medical leave.