(UPDATED) Among abstentions the week of Ash Wednesday, food ideas are twice as popular as technology and personal habits.
CT Staff|March 4, 2019 09:37 AM 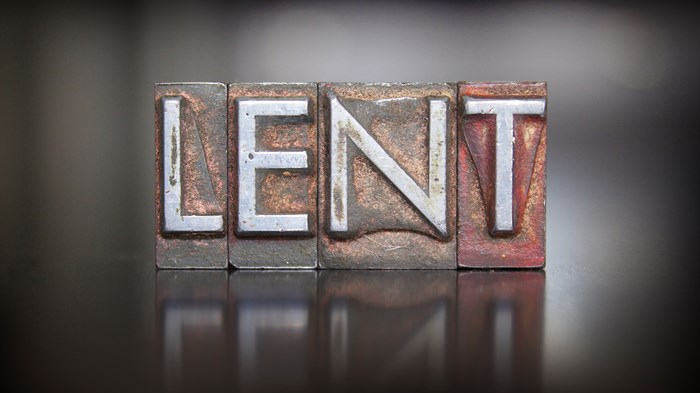 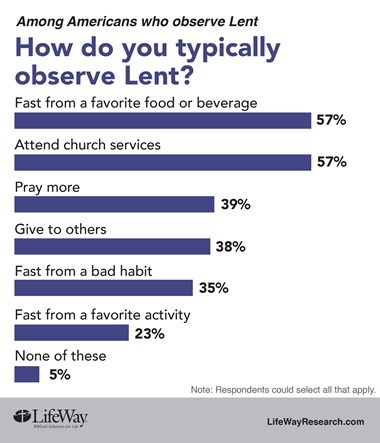 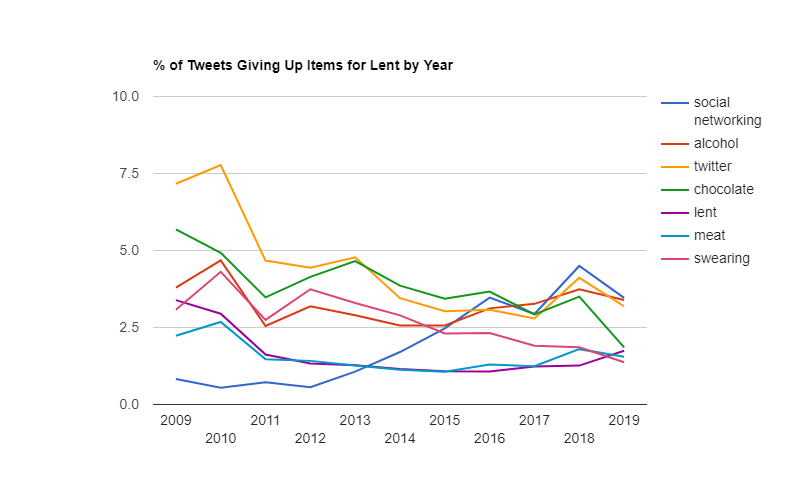 1 of 4
Twitter's Top 100 Ideas for Lent 2019The trend line of Twitter's top 7 Lent ideas.Giving up plastics for Lent has become popular in the past few years.
expand