(UPDATED) This time, terrorists interrupted a Catholic Mass in Dablo and executed the priest and five worshipers.
Jeremy Weber|May 12, 2019 01:23 PM 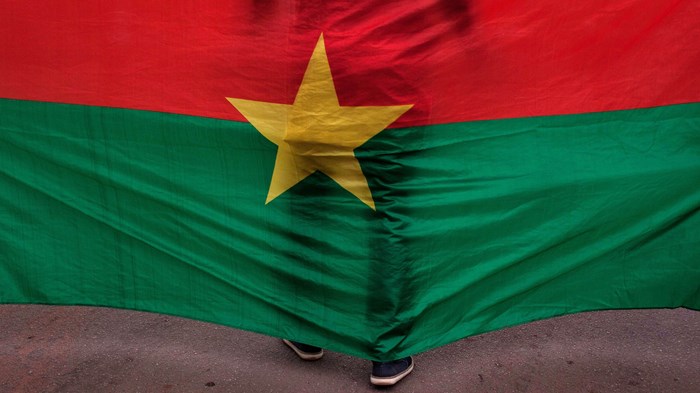 For the second time since Easter, a church in Burkina Faso has suffered a terrorism attack during Sunday services.

They “ordered the women and children to clear the scene before executing six men, including the priest,” and setting fire to the church, reported the Burkina Information Agency.

The martyred priest, Simeon Yampa, was 34 years old and “a humble person, obedient and full of love, he loved his parishioners,” the local bishop of Kaya told Agenzia Fides, the Vatican’s news agency.

The Dablo attack came the day before Catholic bishops across West Africa gathered in Burkina Faso’s capital, Ouagadougou, for a third plenary assembly.

“Today more than ever, the Church of West Africa through the Bishops wants to show the world that the Christians of Burkina are not and will never be alone in this fight against religious extremism,” Donald Zagore of the Society for African Missions told Agenzia Fides. “The fight will be won because we are aware of the fact that evil, whatever its content, will not have the last word in our lives. But we cannot face this challenge if our governments are not involved in a concrete and effective way.”

CT reported last month how the Assemblies of God was reeling from the “new turning point in terrorism” in the nation.

“It’s not only the church of Sirgadji that has been attacked; all the values of tolerance, forgiveness, and love that have always led our country have been hurt,” said Henri Yé, president of the Federation of Evangelical Churches and Missions in Burkina Faso (FEME), in an April 30 statement. “The freedom of worship consecrated by our fundamental law [the Constitution] has been flouted.”

Burkina Faso suffered 136 violent incidents linked to jihadists in 2018, up from 24 in 2017 according to a report by the Africa Center for Strategic Studies. The Vatican’s news service noted in March how the killing and kidnapping of priests and other Catholic workers was on the rise in West Africa.

“Violence is spreading in Mali and Niger, as well as Burkina Faso, and risks spilling over into other West African countries. This has led to a five-fold rise in the displacement of the local population in the last 12 months, who have seen more than 330,000 people leave their homes, in addition to 100,000 refugees,” reported UN News.

The nation’s Catholic bishops had asked congregants to spend the month of February praying for “peace and cohension,” reported Crux. The bishops stated at their January meeting that mounting violence was “revealing of a social thread that has been weakened, despite the legendary tradition of living together among all the social components of the Burkinabe nation.”

Last summer, the archbishop of Ouagadougou, Cardinal Philippe Ouedraogo, told Catholic media that “for us Christians, faced with this inhuman violence, our Kalashnikov to fight back, as a matter of priority, is prayer to God.”

The country has faced a growing threat of terrorist violence ever since 2016, when al-Qaeda affiliates took hostages and went on a shooting spree in the capital city of Ouagadougou. Seven missionaries were killed in the incident, CT reported at the time.

Michel Ouédraogo, the general superintendent of the Assemblies of God in Burkina Faso, urged Christians to remember the Romans 12:18 call to live at peace with everyone.

“Revenge has never been a good solution,” Ouédraogo told CT last month. “Besides, the God we serve is LOVE. He invites us to love our neighbor. The world is bad, and the church must play its full role. Let us be sentinels, and God will do the rest to the glory of His holy name, even in difficult moments.”

“In the face of blind hatred, let us ask God to give us the strength to spread love, which makes us the children of God,” stated Yé last month. “The unity of the body of Christ and of the whole nation must be preserved at all costs.”