Congregations and pastoral candidates are adapting the hiring process and getting to know each other online.
Maria Baer|April 24, 2020 08:00 AM 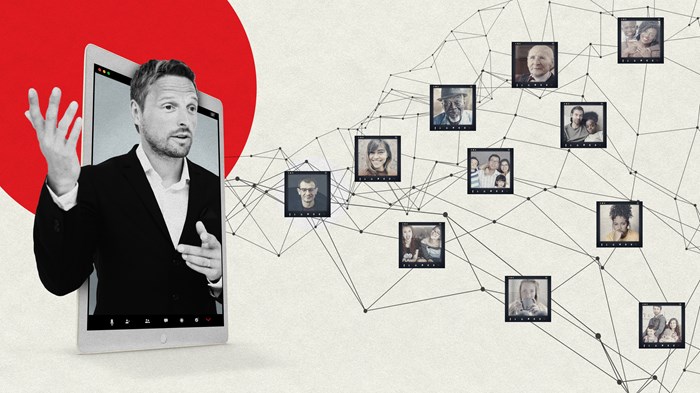 Phillip Bethancourt’s kids aren’t convinced other children actually live in College Station, Texas. They moved from Nashville a few weeks ago for their dad’s new job as pastor of Central Church, but because of the coronavirus shutdowns, the four boys have yet to go school, make friends in the neighborhood, or meet the kids at their new church.

Bethancourt too is living in his own strange parallel reality, preaching to a video camera in an empty auditorium and waiting for a congregation he hasn’t seen to officially vote him in. If all goes as planned on Sunday, he’ll become a lead pastor for the first time while his flock is still social distancing.

“Nothing matches the opportunity to be with people in person,” said Bethancourt, who left his job as vice president of the Ethics and Religious Liberty Commission to pursue the call at Central Church. “But I would say the process we’ve been using so far is the best substitute we can create.”

Several other pastors and churches are in the same predicament, caught in the process of applying, interviewing, and onboarding during the coronavirus pandemic.

“This is not the time to be without a pastor,” said William Vanderbloemen, who runs a consulting agency that helps Christian organizations with hiring. His phone has been “ringing off the hook” with churches wanting to get serious about their pastoral search.

Many have decided to forge ahead with the process despite the unique challenges of social restrictions and shutdowns due to the pandemic. Several congregations, including high-profile megachurches Moody Church and Willow Creek Community Church, were in the midst of leadership transitions and have named new senior pastors in recent weeks.

Vanderbloemen tells churches and prospective pastors to avoid jumping into anything too quickly, even if it feels like the pressure’s on. After that, he says to remember “the internet is your friend.” Hiring a new pastor—like everything these days—takes digital deftness.

When J. T. English first applied for the lead pastor position at Storyline Church in Denver seven months ago, the new coronavirus had yet to infect its first patient. But by the time he and his wife, Macy, traveled to Denver the first weekend in March, the pandemic was starting to spread in the US. They returned home to Flower Mound, Texas, where English was pastor of training at the Village Church, right before widespread shutdowns began.

English said he briefly considered pausing the hiring process until the pandemic had passed, but he decided against it. “I don’t feel like I can be the pastor of a church in a good season … if I’m unwilling to pastor them through this, too,” he said.

Leaders at Storyline—which had been without a lead pastor since founder Ben Mandrell became president of LifeWay Christian Resources last summer—agreed. “We thought, ‘What if the Lord wants to keep moving this forward?’ said Lindsay Acocella, a staff member and part of the church’s search team. “And we felt like he did.”

English, a Colorado native, was presented to the congregation as a candidate through a video recorded 700 miles away in Texas and has continued to preach from there. After taking Zoom calls to talk with each small group and ministry team—reaching about 400 out of 500 members of the church by screen—the congregation voted to approve him during an online meeting on April 5. (English was relieved, since he’d already recorded the Easter sermon, which the church planned to run either way.)

The search must go on(line)

The online process, though lacking the in-person fellowship that’s so important to churches, has actually given congregants more access to pastor candidates. If English had simply traveled to Denver to preach one Sunday before a vote, as originally planned, he would’ve gotten a few hours, maximum, with the congregation. Now he has pages of names, notes, and prayer requests—jotted down by his wife—from more than 17 Zoom meetings. “It would’ve taken weeks or months to get that,” he said.

Bethancourt said his Zoom calls with members at Central Church were equally rigorous. “I had one church member say to me we’ve probably been asked more questions than any candidate in the history of church searches,” he said.

According to Vanderbloemen, it’s a smart organizational move for churches to continue their hiring process right now in anticipation of a flood of worshipers returning to church when the doors reopen. Plus, many congregations need reliable leadership to provide direction in the meantime. “In a crisis, people run to a church, and right now they can’t,” he said. “So they want to run to at least a pastor.”

The oldest megachurch in the country, Chicago’s Moody Church, also relied on technology to vote in a new senior pastor last month. Despite its stately age, Moody isn’t tech-shy; in the 1980s, it bought a bank of answering machines to serve as call-in Bible study recordings for kids. This time, the church allowed members to vote online through Survey Monkey or call in their vote. With help from Moody Bible Institute, it set up a telephone helpline for anyone struggling with the digital process. Church staff used the member rolls, email addresses, and other identifying information to verify each voter’s membership.

The church ultimately confirmed Philip Miller as its new pastor on March 29. Miller, who had been leading a church outside Seattle, was in the final stages of the hiring process when the shutdowns hit and decided still to fly to Chicago to preach on the day of the vote. Both Illinois and Washington had instituted shelter-in-pace orders by then, but Miller said the elders at Moody believed it was essential to continue the hiring process.

“The thought was, if we stop now, when would we pick it back up again?” Miller said. He also felt it was important symbolically to greet his prospective new church for the first time from their own familiar pulpit.

“I’m looking out at Moody Church, which is this big historic building, 2,800 seats, and every single one of them was empty,” he said. “My first sermon I emptied the building out.”

As an extrovert, Miller said, it took some mental gymnastics adjusting to preaching without audience feedback. “In your mind you just think, ‘In that camera are thousands of people, sitting in their living rooms, with their kids in their laps … you’re speaking to the hearts of real people.’”

He will begin preaching regularly at Moody in July, after his family moves to Chicago, and will be coordinating with the staff in the meantime. Miller succeeds Erwin Lutzer, who retired in 2016 after 36 years of ministry there.

The challenges to transitioning to a new congregation and new role extend across levels of leadership. David Schermerhorn had just been hired as small groups pastor at Vineyard Church in Columbus, Ohio, a few weeks before the shutdown. He said it’s been a unique challenge trying to both introduce himself and meet his church’s leaders remotely.

“Over Zoom it feels formal and corporate,” said Schermerhorn, noting the online meetings are reminiscent of the job he left in the private sector.

He now oversees around 500 small groups at the roughly 8,000-member church. Rather than hold the big meet-and-greet for small group leaders he’d planned for May, he’s joining a handful of them online each week.

“As a new pastor, I was kind of hoping to ease into grief and loss conversations,” Schermerhorn said. With the pandemic canceling everything from high school proms to weddings to visits with newborns, along with the anxiety inherent to any health scare, he said he’s plunged, ready or not, into difficult topics.

That can also be good for churches—immediately bringing new leaders into significant and weighty ministry work. “I’m hearing from pastors everywhere that their small group meetings are quicker and better … because there’s no beating around the bush about the weather or the football game,” said Vanderbloemen. “It’s like, ‘Here we are, let’s get at it.’”

Back in Texas, as the English family waits for the moving van to ship their lives to Colorado, they’re experiencing their own grief. Departing a beloved church home is always tough, but it’s even harder when social distancing means skipping out on the traditional last services and goodbyes.

“I’m having to deal with the prospect of leaving Dallas without a hug,” English said. (He has planned to return to Texas for a delayed “sendoff” when restrictions lift in a few months.)

When he makes it to Colorado, he will become one of a strange cohort of coronavirus-era pastor hires, all struggling to greet a church without any handshakes and step up as a leader without gathering the flock in a church building.

As new pastors eagerly await their first gathering with their new congregations, they are in good and biblical company. As the Apostle Paul wrote the Roman church, “I long to see you … that you and I may be mutually encouraged by each other’s faith,” Paul wrote. “I planned many times to come to you, but have been prevented from doing so” (Rom. 1:11–13).