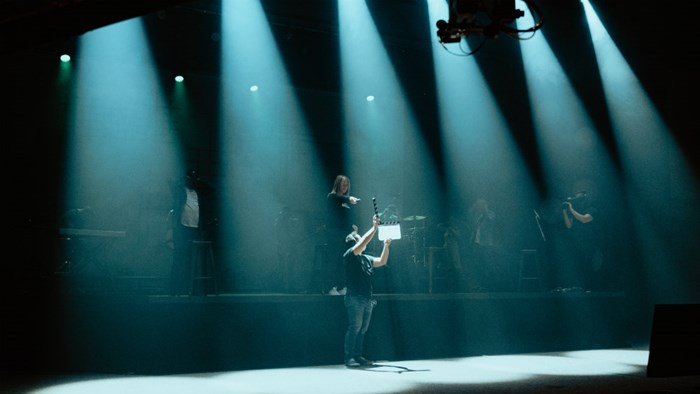 Mike Vaughn doesn’t think churches should accept money from the government, normally. But when the administrative pastor of the Palm Valley Church in Goodyear, Arizona, looked at the looming economic crisis brought on by the coronavirus shutdowns, the staff jobs he was trying to save, and the way Congress structured the Paycheck Protection Program (PPP) to be used by religious organizations, he felt different.

“That program is a worthwhile exception to the general rule,” Vaughn told Christianity Today.

Palm Valley is one of more than 88,000 religious organizations that received money from the Small Business Administration as part of the CARES Act, which President Donald Trump signed in March. The CARES Act gave $521 billion in PPP funds to small businesses, nonprofits, and churches between the beginning of April and the end of June. About $7.3 billion went to religious organizations, according to government records.

Providing money to churches was unprecedented and controversial—even among evangelicals. Popular Christian financial advisor Dave Ramsey strongly discouraged churches from taking the money on his radio show, for example.

“It’s a triple don’t do it for churches,” Ramsey said. “Here’s why: You just let the federal government into the management of your organization.”

“Is it really manna from heaven? It’s manna from Caesar, that’s for sure,” he said. “What’s it going to look like in terms of the optics in the long term, that this is where the church went for a rescue?”

Vaughn is sympathetic to that point of view. He also understands why those outside the church might be skeptical of religious organizations getting money from the federal government. But the PPP money came with guarantees that the government wouldn’t interfere with the church’s business and it helped the church better serve its community in a time of acute need, Vaughn said. Palm Valley, like about 40 percent of Protestant churches in the United States according to a LifeWay Research survey, decided to apply for the forgivable loan.

The nondenominational megachurch, which has about 5,000 people in two locations on a normal Sunday, received $400,000. The first thing Vaughn did when he got the news was tell church’s 24 full-time and 20 part-time staff members that their jobs were safe.

“You could tell there were a few folks that let out a sigh of relief,” he said. “We wanted to make sure that we didn’t have people walking around nervous and worrying. There was just too much to do, and so we needed everybody’s head in the game.”

The money helped with more than just paying the bills, however. Because Palm Valley’s staff didn’t have to worry about their job security, they were able to focus fully on caring for the church in the pandemic, Vaughn said.

Palm Valley staff called every member of the church to check in every two weeks, praying for them, encouraging them, and listening to their needs. The church also organized a volunteer force to help with several projects, including providing care packages to area hospitals and serving a local food bank.

With their full staff, the church could also better engage the national conversation about racism and policing after the deaths of Ahmaud Arbery, Breonna Taylor, and George Floyd. Palm Valley, which is about 50 percent white and 50 percent African American and Latino, invited African American members to share their experiences of racism with the congregation.

“We’re learning how to be a diverse congregation,” Vaughn said. “If we had been short-staffed once that aspect of things came to the surface and we recognized we needed to lean into those things, it would have been really hard. … Having the resources to be at full staff I believe firmly enabled us to lean into racial justice.”

Other churches that received PPP funds have similar stories. Sandals Church, in Riverside, California, received a loan between $1 million and $2 million, according to executive director Brian Chelette. The church has 236 people on staff and used the “overwhelming majority” of the PPP money for payroll.

Despite four months of not meeting in person, the Southern Baptist multisite megachurch, with regular weekly attendance of 14,000 people at nine locations, didn’t have to lay off any staff. Because of that, Chelette said, they were able to put a lot of energy into helping those in need.

Sandals has given away 13,000 boxes of food since the pandemic hit California, as well as 10,000 medical-grade face masks, 400 face shields, 100 pairs of goggles, and 15,000 protective hospital gowns. The church has also given 170 computer tablets to seniors, to help them better communicate with loved ones while isolated by the pandemic.

“Not only has the PPP helped the strategic shift, but it’s also helped maintain the teams that are focused on caring for and supporting our communities,” Chelette told CT. “Strong churches help ensure strong communities.”

Churches do provide extensive economic benefits to their communities. University of Pennsylvania sociologist Ram Cnaan describes it as a “halo effect.” Churches provide social services, from counseling to child care, and also spend money locally. In a study of 90 churches in three urban areas, Cnaan found each house of worship contributed $1.2 million to $2.5 million to the local economy every year.

The CARES Act was trying to pump money into the economy. Funding churches is one way to do that.

But still, megachurch pastors who received the funds understand why it’s controversial. Vaughn said he would normally be skeptical himself.

“We’re not a business, but we are an employer in the community,” he said. “The loan really helped us to be able to make other decisions that allowed us to be that much more of a blessing to the community.”