“Dr. B,” an egalitarian leader and mentor to Bill Hybels, continued teaching at church for years after elders learned of his misconduct.
Emily McFarlan Miller – Religion News Service|January 28, 2020 08:46 PM 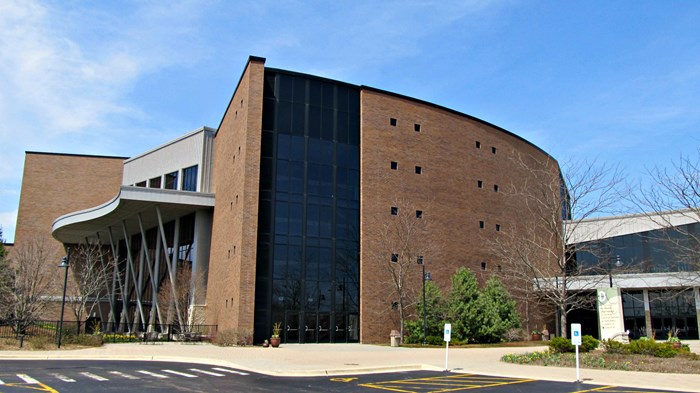 Willow Creek Community Church—still grappling with former senior pastor Bill Hybels’ history of alleged sexual harassment and abuse of power—now is dealing with allegations of misconduct against the man who mentored Hybels.

A longtime church member shared in a public Facebook post Saturday that Gilbert Bilezikian—known widely as “Dr. B.”—kissed, fondled, and pressured her to have sex with him between 1984 and 1988.

“We believe that Dr. B engaged in inappropriate behavior, and the harm he caused was inexcusable,” Willow Creek’s acting lead pastor Steve Gillen wrote Monday in an email to church staff obtained by Religion News Service.

The Willow Creek Elder Board confirmed in an update posted online Tuesday night that the church had decided to restrict Bilezikian from serving there after the church member came forward with allegations against him about a decade ago.

Bilezikian, a retired Wheaton College professor, was never on staff at the church, according the the elders. But he has been active in the church for decades and was a mentor to Hybels. In addition to his influence on Willow Creek, Bilezikian helped start CBE International (founded as Christians for Biblical Equality) in 1988.

“There would be no Willow Creek without Gilbert Bilezikian,” Hybels told Christianity Today in 2000.

The two met when Bilezikian was a professor at Trinity Evangelical Divinity School in suburban Deerfield, Illinois, and Hybels, a student. According to the article, Hybels rode up to Bilezikian’s house on a motorcycle one day in 1975 and proclaimed, “Dr. B., you and I are going to start a church.”

Not long afterwards, Willow Creek Community Church began meeting in a movie theater in Palatine, Illinois. Bilezikian was credited with Willow Creek’s inclusion of women in its highest levels of leadership. 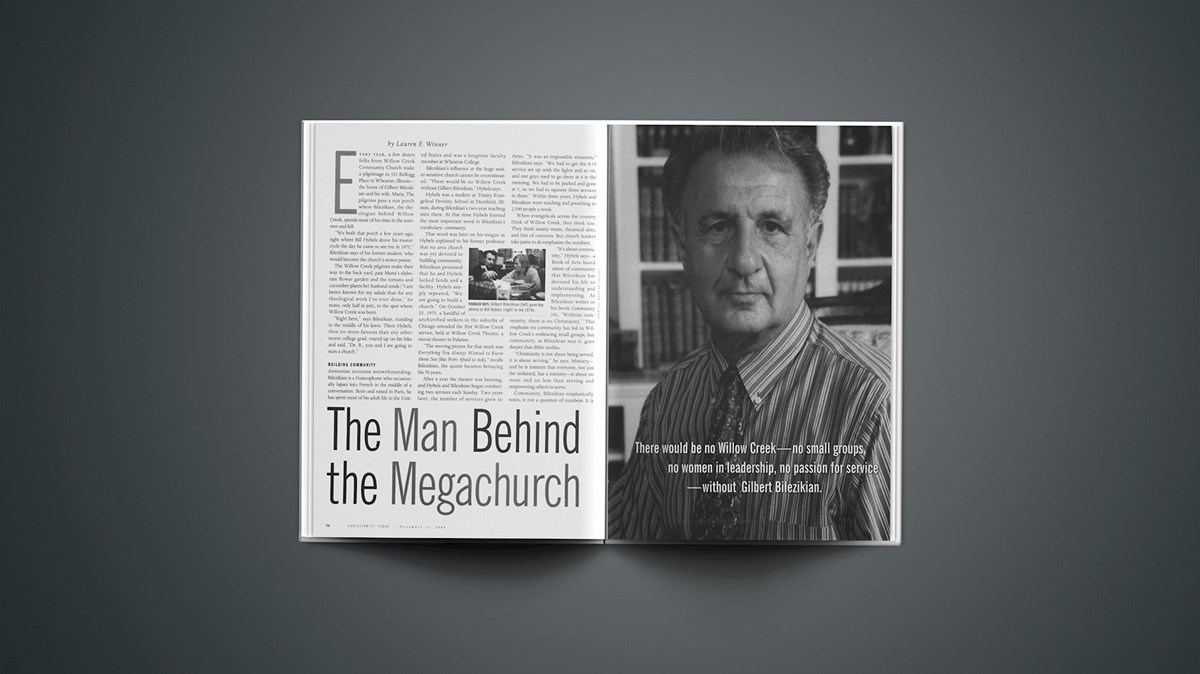 The 2000 article also describes the Paris-born scholar’s “French eye for beauty” and “effusive appreciation of female beauty,” describing how he kissed the hands of women and girls who approached him in the hallways of the church and complimented their “ravishing beauty.”

Bilezikian told the magazine at the time this was because his mother had died when he was young, and he “idealized” her.

“As a young man, I was always searching for that elusive perfection in womanhood, which was such an enigma, for someone growing up with no sisters and no mother,” he said.

The church member who accused Bilezikian of misconduct said she began attending Willow Creek in 1984 as a “vulnerable and a heartbroken new believer.”

Bilezikian allegedly “pursued an inappropriate relationship” with her, according to her account, first in “subtle flirtations” after church services. That led to inappropriate hand holding and emotional intimacy, with Bilezikian confiding in her that he was unhappy in his marriage and that “he felt he could help the church thrive because I made him happy.”

On several occasions, she wrote, he pushed her against a wall in a parking garage, behind a truck or into a doorway, where they couldn’t be seen together, and kissed her forcefully. Each time, she noted, she pushed him away.

“I was young in my faith, new to church, and hungry for someone to invest spiritually in me. He made me feel special, and he was a spiritual authority in a large church, and I did not feel like I could say no to him, even when my gut was telling me this was not appropriate,” she wrote.

The church member wrote that she has met privately with Willow Creek leadership to discuss the abuse since 2010, when she “felt strong enough to begin to confront the spiritual abuse I’d experienced so early in my faith.”

For many years, she felt her concerns were not taken seriously and—worse—that she was being sidelined from leadership and watched by security at the church.

She felt hopeful the church would handle her story “honorably” after bringing it to former teaching pastor Steve Carter, who organized a meeting between the church member and several church leaders in 2018.

Around the same time, the allegations against Hybels broke.

At first, the church defended its founding pastor, though officials later said his conduct had been sinful and an independent investigation found the accusations against him credible.

Hybels eventually retired early. As a result of the controversy over the church’s handling of the allegations, the two pastors who succeeded him—Carter and lead pastor Heather Larson—resigned, as did the church’s entire elder board.

The Willow Creek Elder Board’s update confirmed the church member had reported Bilezikian’s behavior to church leadership about a decade ago.

“The team believed the woman’s claim that Dr. Bilezikian engaged in inappropriate behavior dating back to the mid-eighties, including but not limited to hand holding, hugs, kissing, inappropriate touching, and sending overly personal communication,” the update read.

While the church’s Elder Response Team met with Bilezikian and restricted him from serving at the church, according to elders, that restriction wasn’t “adequately communicated.”

So the former professor continued serving and teaching at the church. “This was wrong, and we are sorry,” the update read.

“Over the past years, behavior has been brought to light that is both harmful and unacceptable for a Christ follower. This sinful behavior that we believe was demonstrated by Dr. Bilezikian and Bill Hybels was wrong, and we hold any person entrusted with leading at Willow Creek Community Church to a higher standard, the statement read.

In his email to Gillen, Bilezikian said the church had failed to follow the Bible by not addressing the allegations against him in private.

“I look for some evidence of professional integrity if not of Christian obligation, and I find nothing else here but a recital of accusations that were delivered to the whole church staff behind my back, without my knowledge and without my having been consulted about their accuracy,” he said in the message forwarded to RNS. “Need I bring up references in the Bible for prescriptions about conflict resolution and for the correction of offending brothers, especially veteran servants in our midst?”

He added: “Steve, who gave you the right to violate the biblical process by skipping it entirely and jumping to the closure point, which made of me instantly the pagan and the tax collector?”

Bilezikian also asked for the church to thoroughly investigate the charges against him.

He was a longtime professor at Wheaton College in Wheaton, Illinois. He retired from the evangelical flagship school in 1992. He is the author of Beyond Sex Roles: What the Bible Says about a Woman's Place in Church and Family and a contributor (like Hybels) to How I Changed My Mind about Women in Leadership.