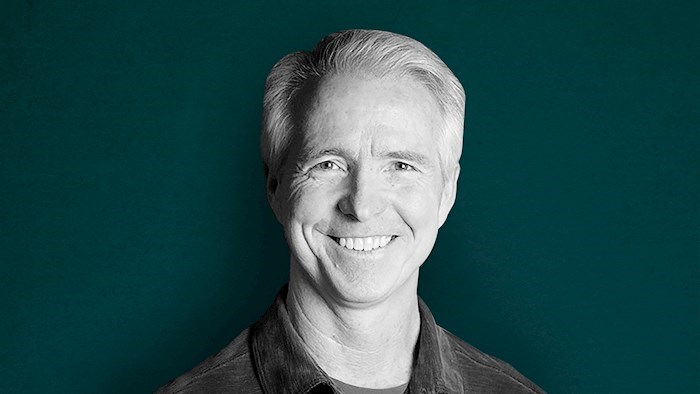 A California megachurch is defending the investigation and restoration of senior pastor John Ortberg as more information emerges about his concealment of a church volunteer’s confession of unwanted sexual attraction to children.

The pastor’s son Daniel Lavery, frustrated by what he has characterized as a lack of concern for the seriousness of sexual abuse, publicly named the volunteer on Twitter in late June: his brother and Ortberg’s youngest child, 30-year-old John Ortberg III.

Menlo Church elders first learned of the concealment when Lavery wrote them in November 2019. In the letter, Lavery said he believed there was “a credible basis for a serious and thorough investigation of every aspect of my brother’s work with children.” He said his father was choosing to take the younger Ortberg at his word that he had never acted on his sexual attractions, despite a clear pattern of seeking out opportunities to be alone with children.

“In the most charitable reading possible, my parents have acted with unconscionable disregard for their responsibilities as leaders, ministers, and parents,” Lavery wrote.

The church placed John Ortberg on leave in November after receiving the letter but did not inform the congregation of that for more than a month, according to Religion News Service (RNS). An investigation found that Ortberg failed to inform elders of the volunteer’s disclosure or do anything to prevent the volunteer from being alone with minors. The church elders concluded the pastor exhibited “poor judgement” and “did not handle this matter consistent with his responsibilities to Menlo Church.”

Ortberg then went through a restoration process in February 2020. It lasted “several weeks,” according to a sermon Ortberg preached when he returned to the Menlo Church pulpit on March 7.

The church defended the investigation and the restoration in a letter sent to congregation members last week, after the name of the volunteer was made public. “We realize … that this new development could raise questions and concerns,” wrote executive pastor Eugene Lee. He also assured them that “independent, third-party investigation found no evidence of misconduct” and that there is “no reason to believe there was any wrongdoing” by the volunteer.

The church reiterated the statement in another letter after RNS reported on the new information and ongoing family dispute.

“A name for the volunteer has been alleged publicly, but no new information has been presented,” the second Menlo Church letter said. “As we reported earlier, but wish to reiterate here, the investigation did not find any indication of misconduct by the volunteer in question in the Menlo Church community or otherwise, and similarly did not learn of any allegations that the volunteer had engaged in any misconduct of any sort.”

Lavery and other critics say the investigation was inadequate. The church hired an employment lawyer named Fred W. Alvarez to conduct the inquiry. There is no record that Alvarez, a partner at Coblentz Patch Duffy & Bass LLP, has any experience investigating sexual abuse, though a church spokesman described him to RNS as a respected investigator. His company bio says he has a practice defending employers from litigation and “currently focuses substantial attention on providing strategic and compliance advice.”

Alvarez’s investigation lasted about six weeks, according to the church. He reviewed volunteer records and interviewed children’s ministry staff, but did not ask specifically about the younger Ortberg or tell them there were concerns about his behavior. Alvarez did not interview people who volunteered alongside Ortberg, the parents of children he was alone with, or anyone in the groups Ortberg volunteered with outside the church. The investigator also didn’t speak with Ortberg himself. A church spokesman told RNS that was “deemed unnecessary.”

According to the church’s most recent letter, “The Board gave the investigator and his team full discretion to investigate the matter thoroughly.”

Alvarez and the church kept John Ortberg III’s name private during the process. The church cites the “confidentiality requirements of an ongoing investigation.” It is common practice in criminal investigations of alleged sexual abuse to name the suspect and encourage anyone with information to come forward.

“I don’t know how you can investigate 16 years of volunteer work in about five weeks over the Christmas holidays,” Lavery told RNS. Lavery says his concerns have not been taken seriously by the church and others because he is transgender.

Pastor Ortberg said in a public statement that he thought the situation was “extensively investigated.” He has some previous experience with the investigation of church scandals. Ortberg called for additional inquiry into Willow Creek Community Church founder Bill Hybels after an initial investigation cleared him of allegations of sexual misconduct. Ortberg had been a close friend of Hybels and served as a teaching pastor at Willow Creek before leaving for Menlo Church in 2004. Ortberg said the church leaders’ reticence to hold their pastor accountable and the seriousness of the charges merited a more serious, more independent investigation.

The investigation at Menlo Church concluded with a letter to the congregation in January 2020. Church leadership reported that “John failed to take the required steps to prevent the person from volunteering with minors at the Menlo Park campus and did not consult anyone else at Menlo Church about the situation.” The church-wide email also announced a “restoration plan,” without elaborating specific details.

When he returned to the pulpit in March, Ortberg said the process involved more than 80 meetings with elders, staff, and church members, asking them how his actions had impacted them. He described the meetings as “very chastening and very humbling.”

“I made several mistakes that I so regret,” Ortberg told the church, “and I have been walking through pain around that which has involved job pain and relationship pain and spiritual pain and family pain and media pain that has just been more intense and raw than stuff I have known.”

At about the same time, Ortberg repeated that he never believed any children were at risk. Lavery strongly objects to that assessment. He says he was prompted to go to the church elders when he asked Ortberg if his brother still went on unsupervised, overnight trips with young children and the pastor said, “I don’t know” and “I’m not sure.” Without a more thorough investigation, Lavery told RNS, no one can be sure.

Neither church leaders nor the Ortbergs responded to CT requests for comment beyond their public statements.

Menlo Church, however, is reiterating that “the safety and well-being” of children in the church has “always been of utmost importance.” Regular volunteers are required to undergo extended background checks and staff receive mandated training.