Most Christians believe offenders belong at worship. Most congregations aren’t prepared to welcome them.
Megan Fowler|July 23, 2020 08:00 AM 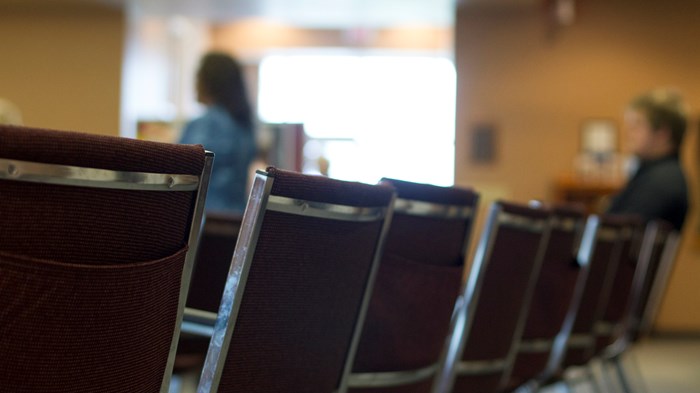 Churches that suspended in-person gatherings during the pandemic have pledged not to welcome their congregations back until they’re sure they can be safe. While the risk of coronavirus spread is the major concern right now, LifeWay Christian Resources is urging leaders to use their reopening plans as a chance to also revisit their policies to prevent sexual abuse.

Most pastors see their churches as safe places that protect against abuse and offer healing to victims, but protocols vary by congregation.

At the Family Empowerment Center, a church in Chicago’s Rogers Park neighborhood, pastors and staff are trained to pay attention to new faces. During one Sunday gathering before the pandemic, they noticed a visitor intently watching children in the congregation. They met him, learned his name, and later found him listed on a sex offender registry. His Facebook page also turned up unsettling posts about children.

The church had a plan in place for cases like his, developed based on conversations with the local alderman, police officials, and other church leaders. Tony Silker, an associate pastor at the Christian and Missionary Alliance congregation, had a conversation with the man on his next visit, explaining what they found. Silker said he could not return; if he did, the staff would call the police.

Silker gave the man information about another church in the neighborhood that ministers to people struggling with sexual addiction and urged him to get the support he needed.

The staff at Family Empowerment Center are trained to interact with registered sex offenders because they expect sex offenders to enter their church. The church works with the homeless and other vulnerable populations in the high-crime crevices of the neighborhood.

The church’s after-school program is called “Safe Haven” for a reason. “People who live in our neighborhood know what it’s like outside of our doors, and they send their kids to us because they know we have procedures set up to deal with it,” Silker said.

But not all churches expect sex offenders to walk in the doors, and not all offenders will show signs of suspicious activity, a criminal background, or unsettling behavior. In fact, many groom churches to let their guard down.

A prominent Southern Baptist congregation in Memphis is currently being sued by the parents of a teenage volunteer they say was abused by a former staff member when the church ignored the “red flags” and concerns raised against him. The former Bellevue Baptist Church employee is currently in prison for sexual battery by an authority figure.

Over the past decade, LifeWay’s OneSource program has reviewed 416,000 ministry staff members and volunteers through its partnership with BackgroundChecks.com, which screens for appearances on the national sex offender registry as well as other criminal records. About 1 in 5 of those checks have discovered a misdemeanor or more serious crime, but far fewer reveal sexual offenses.

“Taking a holistic approach is important. A church that just does a background check is a little bit more at risk because less than 10 percent of predators have ever been caught,” said Steve Case, senior corporate counsel for Brotherhood Mutual. He recommends church screenings start with a background check but also include an application, personal and professional references (that the church actually contacts), and an in-person interview.

So what happens when screenings, independent research, or self-disclosure uncover a registered sex offender? (While individuals can land on the sex offender registry for other crimes, this article uses the term to refer to those who have been convicted of crimes involving minors.)

In many cases, like at the Family Empowerment Center, church leaders will have to instruct the person not to return. Some states prohibit sex offenders from attending church. Many more ban sex offenders from being on the premise of schools or childcare facilities, which could include a church with a daycare, preschool, or after-school program.

In Tennessee, which currently bars its 13,000 offenders from houses of worship, a proposal to allow offenders to participate in church if they had a pastor’s written permission failed to advance in the state legislature this year. Over the past few years, lawsuits filed in North Carolina and Indiana have challenged state restrictions, saying it’s unconstitutional and an unfair burden on free exercise of religion to keep sex offenders out of churches altogether.

Even if they’re legally permitted on the church property, not every congregation is the right place for ministering to a registered sex offender. Experts agree that no church should permit an offender to attend unless its leaders have received training specifically around legal requirements, children’s safety, and the habits of abusers. Churches must prioritize protecting the congregation.

Boz Tchividjian, a lawyer and the founder of Godly Response to Abuse in a Christian Environment (GRACE), suggests obtaining the offender’s court file, talking to the parole officer assigned to the case, and verifying whatever the sex offender tells the church leadership.

Tchividjian said the way sex offenders talk about the crimes they committed can reveal the state of their heart and if they are ready to participate in worship or ministry.

“If they marginalize and minimize their behavior, [the sex offender is] not in a position to even be served,” he said. “If you get to the point where the person is sorry and an open book, that’s a different story. They are teachable.”

Experts also recommend having offenders agree in writing to submit to a set of guidelines, such as not speaking with children in the congregation or avoiding the children’s ministry space. The congregation must also be informed of their presence and the terms of their attendance.

Jimmy Hinton, a pastor and abuse survivor advocate whose father is serving time in prison for abusing children, said this kind of transparency and disclosure are crucial. Without it, he said, “church leaders have the benefit of being in the know and the power of keeping everyone else in the dark.”

A decade ago, most churches supported the idea of allowing sex offenders to attend. In a 2010 Christianity Today survey of pastors, church leaders, staff, and members, nearly 80 percent of respondents agreed that sex offenders belong in church as attendees, with supervision, and subject to limitations.

While Christians may believe that sex offenders should be given an opportunity to change and see their lives transformed in Christ in the context of a local congregation, the reality is that many churches lack the manpower and resources to provide adequate support and safety, according to attorney Rob Showers, an advisor at large with Church Law & Tax, a fellow CT publication.

Churches that already have an addiction support program like Celebrate Recovery may be better suited to help, as would large churches with large staffs, which could help supervise a sex offender every time he or she is on the premises. Some congregations or ministry programs are established specifically to disciple those living in on the margins.

Sonrise Church in Hillsboro, Oregon, welcomes people who are homeless, previously incarcerated, or in recovery at its Light My Way campus. According to the church website, about 10 percent of attendees are registered sex offenders.

Leading the ministry is Clifford Jones, a former convict who earned a degree from New Orleans Baptist Theological Seminary’s Bible college program in Angola Prison, where he served a 13-year sentence. He later pastored in Angola and served at two churches in Louisiana before moving to Oregon to lead Light My Way.

“Everybody needs a safe place to worship where they don’t feel like outsiders and outcasts. We created this church to help people who feel ostracized to feel the goodness of God without wondering who’s looking at them,” Jones said.

But Light My Way relies on more than goodwill to help attendees. The church is only open to adults, and it has specific entrances, exits, and restrooms to keep attendees away from other parts of the building. It also meets for worship on Saturdays when no one else is using the building.

The engine of ministry at Light My Way is committed mentors and volunteers who walk alongside former inmates and sex offenders. Jones has developed relationships with the Washington County Department of Correction, parole officers, and court officials. He said the church works hand in hand with parole officers during a parolee’s probationary period. Its website notes that offenders who actively participate in social environments focused on healing and recovery reduce their risk of recidivism.

Whether or not a church welcomes a sex offender can depend both on its resources and the severity of the offender’s crimes as well as the offender’s attitude toward recovery.

One church planter told CT that he had to turn away a sex offender since his young St. Louis congregation lacked the resources to monitor him and keep children safe. The pastor, himself a recovering alcoholic and drug addict, was particularly concerned that the sex offender downplayed the potential threat and risk of relapse.

Though the sex offender was hurt, he complied with the pastor’s request and moved on to another small church. The church planter notified the pastor of the new church about the man’s sex offender status.

As more stories of sex abuse and coverups come to the forefront, GRACE has seen its caseload grow from one or two investigations at a time to more than 10.

Brotherhood Mutual’s Legal Assist helpline receives at least one call a week from a church seeking guidance about a sex offender in the church. Hinton also gets more consultation requests.

“Only the churches that can delve in and get good legal counsel that walks through this should undertake it,” Showers said. “It’s a wonderful ministry that can go wrong in so many ways.”

Sex Offenders Can Find Hope in Christ But Not ...