Cases of Steve Timmis and Jonathan Fletcher illustrate debate over at what point a pastor’s exhortation crosses the line into coercion.
Ken Chitwood|March 4, 2020 10:40 AM 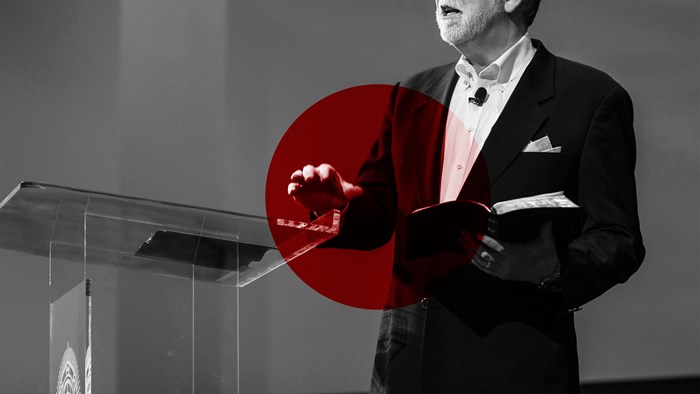 Last month, the board of Acts 29 voted to remove Steve Timmis as CEO of the global church planting network, following an investigation into his “abusive leadership.” Timmis then resigned as elder of The Crowded House, Sheffield, where he was also accused of spiritual abuse.

The allegations and subsequent fallout highlight an ongoing debate over the nature and extent of “spiritual abuse” in evangelical churches in the United Kingdom. At issue is how to define the controversial phrase, how to determine its limits and scope, and how to appropriately prevent and address it.

In 2017, more than 1,000 British Christians reported being victims or survivors of spiritual abuse in a study by CCPAS (Churches Child Protection Advisory Service), a UK Christian safeguarding charity now known as ThirtyOne:Eight.

Even so, the co-authors of the report—Lisa Oakley, associate professor at the University of Chester, and Justin Humphreys, CEO at ThirtyOne:Eight—acknowledged “the term ‘spiritual abuse’ is currently contentious.”

“In some areas, the use of this term is generally accepted,” said Humphreys. “In others, it is questioned, and in yet others it has raised anxiety and concerns.”

While there remains no legal definition of spiritual abuse, in 2018 a Church of England vicar was the first to be found guilty of it for his inappropriate actions against a teenage boy in Abingdon. This case, and that of Timmis, have caused consternation over where to draw the line between exhortation and coercion—between a challenging message and a toxic culture of control.

Oakley and Humphreys—who recently publishedEscaping the Maze of Spiritual Abuse: Creating Healthy Christian Cultures—define spiritual abuse as “a form of emotional and psychological abuse … characterized by a systematic pattern of coercive and controlling behavior in a religious context.”

For the authors, spiritual abuse adds an additional layer to an abusive experience “when it is grounded and justified with a level of spirituality,” said Humphreys.

However, critics of the term argue that there is no need to add “subsections” to the already accepted categories of abuse: sexual, physical, emotional, and neglect. Lee Gatiss, director of the Church Society, wrote that the accuracy of the term is “debatable” and that perhaps it can serve as an umbrella term for other forms of abuse, but it is not its own distinct form of abuse.

To be fair, Oakley said that while she initially argued for spiritual abuse to be a separate category, she has now come to a point where she believes “the evidence suggests it is a form of psychological and emotional abuse being evidenced by a systematic pattern of coercive and controlling behavior.”

There is also a fear that such specific terminology “might spiritualize criminal offenses” that are considered inappropriate in every context, not only within the confines of a religious community, said David Hilborn, chair of the Theological Advisory Group of the UK Evangelical Alliance.

In a 2018 report, Hilborn wrote that the term was too ambivalent and that there is nothing “substantively or categorically distinct about ‘spiritual abuse’ when compared to legal understandings of emotional and psychological abuse.”

While emphasizing that the Evangelical Alliance takes all forms of abuse in the church seriously, he said, “we don't want offenses committed specifically by pastors, or elders to be ghettoized by a language, which can only apply to those who are spiritual, however spiritual is defined.” For Hilborn, this raises the specter of attacks on religious freedom.

Giving spiritual abuse a status as “a criminal offense could specifically target religious people on the basis of their faith,” said Hilborn, “and that is deeply problematic.”

Although Oakley and Humphreys are not wed to the terminology, they both affirmed that “spiritual abuse is an appropriate term” because it identifies the particularities of abuse used “with direct reference to sacred texts or operating on behalf of a divine entity.”

Referencing the specificity of domestic abuse as “a clear example of coercive, controlling, and manipulative behavior in an intimate or family relationship,” Humphreys said that the concept of spiritual abuse “speaks directly to one’s soul and one’s being in a way that we just don’t see in any other context.”

Despite the debate, the term has cultural purchase. On various websites, social media platforms, and online forums, victims and survivors share their stories using the language of “spiritual abuse.”

Individuals like Jodie Stanley, whose father abused multiple members of his church and family, found that the term spoke to her own trauma. She said that the church’s lack of discernment on issues like spiritual abuse, and disdain for acknowledging them, creates a “noxious” environment where suffering like hers can readily occur.

Although there are no firm numbers, Kay Bruner, a licensed professional counselor working mostly with Christians in ministry, said, “spiritual abuse is absolutely endemic.”

Lois Gibson, who started the website SpiritualAbuse.org in 1997, believes it is on the rise. She said, “there are far too many who consider themselves a minister but are busy building little kingdoms for themselves while they trample on the people around them.”

In ThirtyOne:Eight’s statement on the issue, Humphreys said that while “holding a theological position is not in itself inherently spiritually abusive, [the] misuse of scripture, applied theology, and doctrine is often a component of spiritually abusive behavior.

“What we say is that we are talking about emotional, psychological abuse that involves systematic patterns that deny choice, freedom, or the ability to disagree,” he said.

Oakley is careful to point out that “this is not just a Christian phenomenon,” as recent reporting within Muslim communities in the US shows. Jeff Mallinson, professor of theology and philosophy at Concordia University Irvine and co-host of the podcast Protect Your Noggin, said he has seen it “among Zen masters, Hindu gurus, and secularized yogis.” He said, “it tends to be a common problem for any religious community that fails to cultivate and encourage the exercise of an individual’s conscience and trust in one’s own perceptions.”

Simon and Caroline Plant, directors of Replenished, which aims to provide a safe place for survivors of spiritual abuse in the UK, said that “those who have suffered from spiritual abuse find it hard enough to think about and even more difficult to explore.”

Sharing her own experience of leaving a church because of spiritual abuse, Caroline Plant said, “you should be able to question things,” but that she was “very afraid of speaking out and convinced that God would strike me down if I did, that terrible things would happen.”

Preventing and addressing spiritual abuse—in any form—starts with identifying the issue and creating a culture where people can speak openly about issues of power and control, according to the Plants.

In the 2017 CCPAS study, 33 percent of respondents said their religious community had a policy that included spiritual abuse. Only 24 percent said they had received training on the issue.

Working with a diverse range of partners, ThirtyOne:Eight has been providing training to churches across the UK. The training, Oakley said, “includes exploring what spiritual abuse is, the impact of this experience, how to respond well to disclosures, and what the hallmarks of a healthy Christian culture are.” Humphreys said such hallmarks include “active listening; understanding and empathy; taking the disclosure seriously; not minimizing the story or blaming the individual.”

ThirtyOne:Eight was recently commissioned to conduct an independent review of Emmanuel Church Wimbledon after allegations emerged against its former vicar, Jonathan Fletcher. After he retired in 2012, accusations of spiritual abuse—ice baths as a form of spiritual discipline, inappropriate touch, and nude massages with members of his community—were received by the Church of England’s Diocese of Southwark from five former members in 2017 and 2018. Fletcher was then barred from public ministry.

The review will focus on issues of church culture during Fletcher’s time as vicar and the parish’s safeguarding practices. The hope is that lessons can be learned from such a prominent case. The results of the review are due this May. Fletcher may yet face criminal charges over the alleged abuses.

On the point of safeguarding churches, Hilborn of the Evangelical Alliance agrees. “Churches and Christian organizations urgently need to make sure that their safeguarding policies are up to date and being applied,” he said. Relying on biblical models of servant leadership and the subversive nature of Jesus’ discourses on power, he said the Evangelical Alliance regularly advises churches to ensure they have procedures in place to address “bullying, manipulation, and the pastoral fallout from psychological abuse in church contexts.”

That is why, Humphreys said, that his charity welcomes the dialogue and debate around spiritual abuse. Notwithstanding the divergence of perspective on the issue, Humphreys said, “Whatever else we do, let’s be committed to exploring our understandings, exploring the impact, and committing ourselves to do something to prevent it and responding well.”