In Christian arbitration, the preacher was granted $1.45 million and the rights to Walk in the Word.
Kate Shellnutt|October 16, 2020 09:57 AM 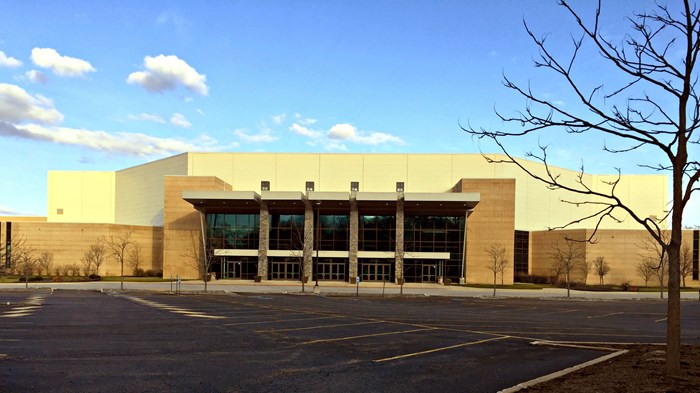 Harvest Bible Chapel has reached a multimillion-dollar agreement to transfer some of its assets to former pastor James MacDonald, who plans to continue in ministry outside the Chicago-area megachurch.

Harvest and MacDonald had a contentious separation last year, when he lost the position he held for 30 years over “inappropriate” comments and “harmful” conduct stemming from his legal battle with people investigating the church.

Though MacDonald has been granted the rights to his Walk in the Word ministry, he and Harvest remain at odds. The two entities released separate statements detailing the results of the process, which went through the Institute for Christian Conciliation. Over the summer, they agreed to try to make a joint statement and start the process of “relational reconciliation,” the Harvest elders said, but the efforts didn’t pan out.

In the arbitration, MacDonald retained the rights to Walk in the Word, a part of the church that had put on his teaching ministry and popular radio broadcast. It is now operating at James MacDonald Ministries.

The pastor also gets $1.2 million and a parcel of property in Crystal Lake, Illinois, as well the ministry’s equipment, books, and digital resources, the church announced this week.

In 2019, Harvest initially did not release these assets, assuring the congregation, “none of Harvest Bible Chapel’s or Walk in the Word’s donations or assets have gone to James, and we will not be giving him anything in the future” since his termination was “with cause.” The year prior, Walk in the Word brought in close to $8.5 million, with 2,000 stations airing the show.

Harvest will also reimburse MacDonald another quarter-million dollars related to selling his former home and transfer compensation related to his retirement benefits.

In a statement, the elders apologized to MacDonald and the congregation for the ways they had failed to “live at peace with all men, as far is it depends on you” (Rom. 12:18) as while working through this year-and-half-long process of transition.

“Now that these differences with MacDonald have come to resolution, our focus and full attention are on the future of Harvest Bible Chapel,” they said.

In his statement released this week, MacDonald continues to criticize the church for its treatment of him and cites the “successful arbitration” as confirmation that the truth has been on his side all along.

The 60-year-old pastor called on his former church to confess its wrongs and correct the record. He lists grievances against Harvest including a “false narrative in financial matters,” a “hostile takeover,” “shunning our family,” the “wrongful seizure” of the ministry assets returned to him in the recent arbitration, and a “vicious but unsuccessful strategy” “to end our ministry permanently.”

In the wake of his departure, the Evangelical Council for Financial Accountability acknowledged “serious concerns” around spending and financial stewardship under MacDonald that resulted in the church losing its membership status.

Last November, Harvest’s new elders (all those who served under MacDonald stepped down) declared that their former pastor failed to meet the elder qualifications laid out in Scripture and could not return to their church.

Within days of their statement, MacDonald offered a public apology, admitting to “careless and hurtful words” and “a regression into sinful patterns of fleshly anger and self-pity that wounded co-workers and others.”

In his remarks this week, he says he confessed his relational failings multiple times, but still lost longtime friends and ministry partners to Harvest’s narrative. “Soon we must bring those truths to light, but for now we continue under the weight of so much falsehood in hope that the church will themselves initiate the needed steps of public confession,” he wrote.

According to Harvest, their agreement “resolves all claims and issues” and releases them from future legal matters over the arbitration terms.