Statement comes nine months after his firing and weeks after he appeared at another Chicago-area church.
Kate Shellnutt|November 5, 2019 10:09 AM 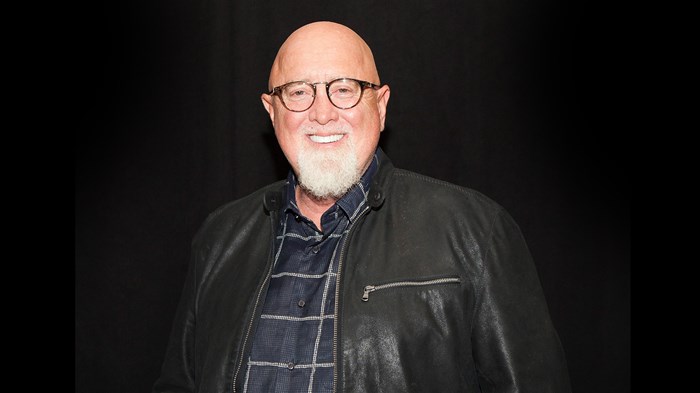 Update (Nov. 8): On Friday, James MacDonald posted his first public apology since his termination and confirmed his involvement at New Life Covenant.

He owned up to “careless and hurtful words” and “a regression into sinful patterns of fleshly anger and self-pity that wounded co-workers and others.” He said he regretted decisions made out of desperation during his final year at Harvest Bible Chapel.

“Decisions by the current Elder/staff, along with inaccurate announcements and recent public condemnation, signaled clearly the timing to communicate our message directly,” noting that he is still working with Christian arbitration to resolve issues with Harvest.

MacDonald said he and wife Kathy have been “welcomed into” New Life Covenant, which offered them “a place to serve and the beginnings of healing community.”

Though MacDonald mentioned he “sent written apologies where appropriate,” Julie Roys—one of the defendants in a lawsuit he initiated—said she had not received an apology.

The elders of Harvest Bible Chapel have concluded that their former pastor James MacDonald is biblically disqualified from ministry and can never return to leadership at their congregation.

A church investigation into charges against MacDonald—who was fired in February— found he failed to meet the elder qualifications laid out in Scripture. They attested he instead “had a pattern of being disruptive,” “insulting, belittling, and verbally bullying others,” “improperly exercising positional and spiritual authority,” and “extravagant spending utilizing church resources resulting in personal benefit,” according to a statement released Sunday.

The announcement said while the Bible doesn’t teach that disqualification from ministry is permanent, his damage to Harvest would prevent him from serving again as an elder or pastor there.

“We believe James could be restored to ministry someday, but in order for that day to come, the fruits of repentance must be evident. Based on Harvest Bible Chapel’s interpretation of the Scripture, we have not yet seen evidence of this,” wrote the eight-member elder board (all of whom assumed their positions earlier this year, when the elders who served during MacDonald’s leadership stepped down).

MacDonald was dismissed from the church he founded after a string of controversies over his leadership and Harvest finances, concluding with an October 2018 defamation suit against his critics, an exposé by Julie Roys in World magazine, and a leaked recording of inappropriate remarks.

He did not respond to an email from CT requesting comment. In a statement announcing his sabbatical back in January, MacDonald acknowledged “I have battled cycles of injustice, hurt, anger, and fear which have wounded others without cause … I blame only myself for this and want to devote my entire energy to understanding and addressing these recurring patterns.”

He has mostly stayed off social media and out of the public eye since being fired, but appeared at two recent events held by New Life Covenant Church, an Assemblies of God megachurch in Chicago: a men’s retreat on October 12 and a Sunday service on October 20, according to reports by Roys on her blog. Pictures show MacDonald on stage, with his signature goatee replaced by a bushy white beard.

CT contacted New Life Covenant on Monday to confirm MacDonald’s involvement, but did not receive a response. The church did not post anything about MacDonald’s appearances at their recent gatherings.

Harvest elders said it was their biblical responsibility to issue a public rebuke of MacDonald, citing 1 Timothy 5, which reads, “But those elders who are sinning you are to reprove before everyone, so that the others may take warning” (5:20).

“We have communicated to James that he needs to find a small group of godly brothers to restore him biblically in the spirit of gentleness,” the statement said. “He needs an extended period of time away from ministry in order to focus on repentance and to seek relational reconciliation and restitution where it is possible. We are all in need of God’s grace. And we have implored James to humble himself and fully surrender to the Lord.”

The church is currently in arbitration with MacDonald through the Institute for Christian Conciliation over his termination and the ownership of the teaching ministry and former radio show Walk in the Word.

Over the years, several cases involving high-profile pastors being removed from their pulpits have prompted debate over whether, or when, pastors can be restored to ministry after scandal.

Ed Stetzer previously named “public and thorough repentance” as a prerequisite for restoration in ministry. “Unless we pastors engage in public repentance, our ‘bold’ preaching about sin and grace often appears to be little more than window dressing,” he wrote. “In other words, what we believe about God, sin and grace is proven true when we treat our own sin as seriously as we say others should.”

Earlier this year, pastor Darrin Patrick spoke out about returning to ministry, three years after being fired for sinful issues related to pride and celebrity (“a history of building his identity through ministry and media platforms”) at the church he planted in St. Louis in 2002. His church required him to step down from all internal and external leadership positions in 2016, but elders said because he was willing to undergo a plan for personal restoration, “we are extremely hopeful in our God who is powerful to bring redemption and grace from the midst of brokenness.” At the time, they did not reference future ministry potential.

“The focus was on being healed as Christian first,” said Patrick, who spent more than two years in counseling, including 14 months with no ministry involvement and 12 months in a supervised role—mostly sharing his story with fellow pastors—under an adviser. Now under Greg Surratt at Seacoast Church, he told Stetzer he is still “leading with a limp” and plans to keep a personal accountability board to continue checking in.

Tullian Tchividjian also returned to the pastorate recently. He launched a new church in September, four years after an affair lost him his job at Coral Ridge Presbyterian. Tchividjian initially took an administrative role at another church within a year of his resignation, only to be fired when the church learned of further allegations of abuse against a congregant.

Mark Driscoll resigned from Mars Hill in 2014, despite the elders and Driscoll himself agreeing that concerns over his temper and arrogance do not disqualify him from ministry. He launched a new church in Arizona in 2016.