Thanks to migration, missions, and Pentecostal flair, Protestants now make up a 10th of the population.
Griffin Paul Jackson|February 8, 2021 06:00 AM
español 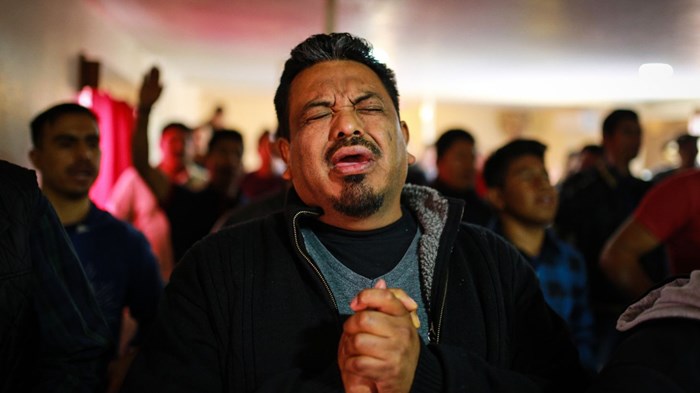 The Catholic majority in Mexico is slipping, as Protestants surpassed 10 percent of the population in the country for the first time ever.

According to recently released data from Mexico’s 2020 census, the Protestant/evangelical movement increased from 7.5 percent in 2010 to 11.2 percent last year.

The Catholic Church has historically dominated the religious landscape across Latin America, but especially in Mexico, which ranks among the most heavily Catholic countries in the region. Today, though an overwhelming majority of Mexicans still identify as Catholic, declines are accelerating.

It took 50 years—from 1950 to 2000—for the proportion of Catholics in Mexico to drop from 98 percent to 88 percent. Now, only two decades later, that percentage has slipped another 10 points to 77.7 percent.

National church leaders attribute the boom in Protestantism to a range of factors, from the influence of Americans and fellow Latin Americans in the country to effective evangelical outreach in indigenous areas.

Pentecostalism dominates the Protestant landscape, and even many of Mexico’s historical denominations—think Baptists, Presbyterians, and Methodists—have been “pentecostalized” in some beliefs and practices, embracing energetic worship, healing, and spiritual gifts.

Nearly a million American-born people live in Mexico, as well as tens of thousands of Guatemalans and Venezuelans, and others from Central American countries. Some of them have brought evangelicalism with them, while others encounter it when they arrive in Mexico, according to Rosa A. Duarte de Markham, coordinator of the department of biblical translation at the Missionary Cooperation of Mexico (Comimex).

Markham also believes that the recent Protestant growth reflects how Mexican society longs for the sense of morality and family values upheld in evangelical churches.

“Mexico has been in mourning for several years due to enforced disappearances. Surely this has led to the search for God as a comforter, to value peace and justice,” she said. “On the other hand, the need to rescue the family nucleus has led mothers and fathers to search in the Word of God for values such as fidelity in marriage, harmony, love of children, honesty, and a healthy lifestyle.”

The 77.7 percent Catholic figure from the recent Census resembles ongoing polling on religious affiliation by Latinobarómetro, which found that the Catholic population in Mexico has hovered around 80 percent for at least 25 years.

Fifty years ago, there were very few Protestants in Mexico, but missionary efforts were underway. Over the years, the population grew more committed to evangelism—particularly in areas where the Catholic Church didn’t have as prominent a presence—and the expansion over the past decade shows that their efforts have borne fruit.

“The most important thing is that the Catholic Church had a monopoly on belief for many years, and that monopoly broke most particularly after the Second World War,” said Roberto Blancarte, sociologist of religion and professor at El Colegio de México.

According to Blancarte, there were simply not enough priests in Mexico to meet the needs of all the people. At the turn of the century, there was only one priest for every 6,000 Mexicans, a staggering deficit that left a pastoral void in regions poorer and farther afield than major urban centers. Protestants stepped up to fill that void, sending pastors to rural, indigenous areas.

Today, Mexico’s northernmost states have significant Protestant populations thanks to American influence around the border. The far southern Mexican states of Chiapas and Tabasco have populations that are upwards of 35 percent evangelical, the most of any Mexican states. These are also the states with the largest indigenous populations, Blancarte points out.

“The big change was not missionaries themselves, but the translation of the Bible into native languages,” said Blancarte, referencing efforts by evangelical groups including SIL International. “That allowed many people to read the Bible directly and to have local ministers who develop, in their own language, their own services.”

For decades, the growth of Protestantism has corresponded with the decline of Catholicism in other Latin American countries, with dramatic changes in places like Honduras, Nicaragua, and Brazil. Even up until several years ago, Mexico was seen as an exception to the trend.

Now, as Protestantism rises in the majority Catholic country, so do the proportion of Mexicans without ties to organized religions. In the 2020 census, those with no religion rose from 4.7 percent to 8.1 percent. Another 2.5 percent consider themselves a believer but don’t have a religious affiliation.

The religious shifts have begun to foster a greater sense of pluralism and, for some, tolerance. They’ve also influenced the political sphere, according to Blancarte, with evangelicals becoming more visible and powerful, despite there being no monolithic evangelical voting bloc.

“We are still a minority, but we are a majority within this minority, and this gives us some force and the government is starting to look at us to see what we think about certain issues,” said Cirilo Cruz, president of CONEMEX, the National Evangelical Fellowship of Mexico.

Cruz also cautioned against the tendency to be seduced by political power for the sake of having influence and prays that evangelical leaders handle their new position in Mexican society carefully and prophetically.

There is little data yet on the trajectory of Mexico’s Protestant community during the ongoing coronavirus health crisis, but church leaders have been adamant about continued evangelization in the midst of the pandemic.

“As for Mexican Protestants, in this time of the COVID-19 pandemic, we have understood that our call is to continue preaching the good news of salvation,” said Markham, “to bring love and hope to a world that is collapsing.”