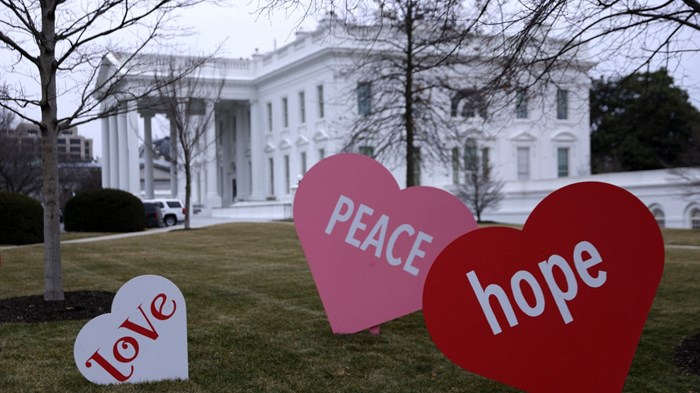 President Joe Biden issued an executive order on Sunday reestablishing the White House Office of Faith-Based and Neighborhood Partnerships, undoing former President Donald Trump’s efforts to reshape an agency that went largely unstaffed for most of his tenure.

In a statement accompanying the announcement of the executive order, Biden echoed his recent remarks to the National Prayer Breakfast, bemoaning widespread physical and economic suffering due to the coronavirus pandemic, racism, and climate change. He added that those struggling “are fellow Americans” and are deserving of aid.

“This is not a nation that can, or will, simply stand by and watch the suffering around us. That is not who we are. That is not what faith calls us to be,” he said. “That is why I’m reestablishing the White House Office of Faith-Based and Neighborhood Partnerships to work with leaders of different faiths and backgrounds who are the frontlines of their communities in crisis and who can help us heal, unite, and rebuild.”

He added: “We still have many difficult nights to endure. But we will get through them together and with faith guiding us through the darkness and into the light.”

Biden appointed Melissa Rogers, a First Amendment lawyer and senior fellow at the Brookings Institution to oversee the office, as Rogers did in former President Barack Obama’s second term. Rogers, a lifelong Baptist, will also serve as senior director for faith and public policy in the White House Domestic Policy Council.

The office’s deputy director will be Josh Dickson, the evangelical who ran faith outreach for the Biden-Harris campaign. Trey Baker, who worked as the National Director of African American Engagement on Biden’s campaign, will serve as the White House office’s liaison to black communities, a role that includes black religious groups.

Besides fighting the pandemic and racism and assisting with economic recovery, the office will focus its efforts on helping disadvantaged communities, advancing global humanitarian work, strengthening pluralism, and protecting “cherished guarantees of church-state separation and freedom for people of all faiths and none.”

The announcement noted that the office will work with Centers for Faith-Based and Neighborhood Partnerships that are embedded in agencies across the federal government.

The faith-based office has been called by different names since President George W. Bush established it, and different presidents have granted its clients—religious and secular organizations—varying degrees of access.

Biden will return the name the office had during the Obama administration, when Rogers led it from 2013–2017.

Under President Trump, the office went largely unstaffed until 2019, when he tapped Pentecostal preacher and longtime Trump adviser Paula White to oversee what he called the Faith and Opportunity Initiative. Until then, much of Trump’s religious outreach involved informal meetings with mostly Christian faith leaders—especially a core group who became known as his unofficial evangelical advisers.

The two previous administrations made concerted efforts to connect with a wide array of faith groups, with bipartisan and interreligious access through the faith-based office, related cabinet-level offices, and task forces.

Rogers has been critical of what she saw as Trump’s disproportionate engagement with evangelicals, saying in 2017 that “the continuance of this Evangelical Executive Advisory Board, even unofficially, and the apparent failure to have any comparable entity that is open to non-evangelicals, sends a troubling message that the administration prefers evangelicals over other people of faith.”

Rogers came to Biden’s defense in August when she said Trump made “wild assertions” about the former vice president during the 2020 campaign. She said the claims by Trump that Biden would have a “no religion, no anything” approach to faith if he became president “could not be more wrong.”