As the US census charts a decade of dramatic changes, two congregations have lived it.
Taylor Berglund|June 15, 2021 06:00 AM 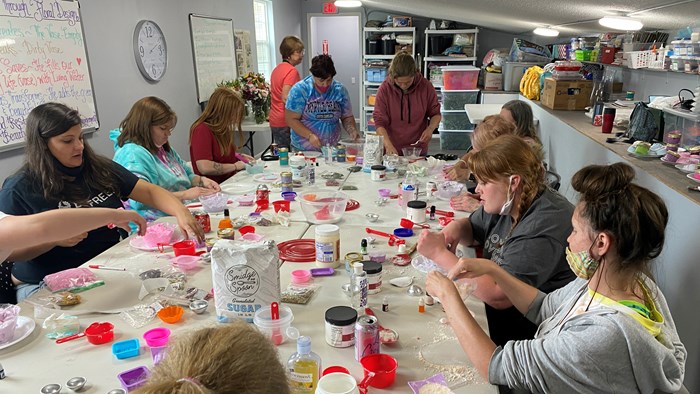 Matt Friend is a proud native of Charleston, West Virginia. But the lead pastor of Bible Center Church will admit that the city has changed.

His home city has the dubious distinction of being the fastest-shrinking city in the United States, according to the US Census. In 1960, Charleston had a population of 85,796. The city has gotten smaller every decade since and now has fewer than 50,000 people.

Preliminary census data released in April suggests that other areas across the country are suffering similar declines. While the American population grew over the last decade, the rate of growth is the slowest since the Great Depression: only 7.4 percent. Three states—West Virginia, Mississippi, and Illinois—lost population since the last time the federal government did its official decennial count. Ten more states saw less than 3 percent growth.

The full census report, scheduled for release in August, is expected to show the results of declining birthrates, life expectancy, and immigration. In the places that have been hardest hit, though, local churches have long seen the impact of demographic decline.

Friend says he can remember as a child going to downtown events like the Charleston Sternwheel Regatta and navigating crowds of tens of thousands. “It wasn’t New York City, but to go downtown Charleston might as well have been New York City for me as a kid. Now it’s not that way at all,” he said.

The nondenominational Bible Center Church began to notice the effects of the change in the community on the church in 2008, after lax regulation of housing mortgages caused a banking crisis and then a financial crisis. Fossil-fuel industry jobs were already in decline in the state, and the recession hit the city’s white-collar work too.

Church attendance declined with the population until 2018, when the leadership began to see small but healthy signs of growth. Now, hit again by the pandemic and COVID-19 health restrictions, they are finding new ways to innovate to reach their community.

The church’s leadership believes that population decline is not a reason to despair but encouragement to find new ways to do the work of proclaiming the gospel and inviting people to worship God.

“Sometimes people will say, ‘There's just no hope,’” Friend said. “And we have to remind one another that there are still 49,000 people here who need Jesus and need the church. Our mission hasn't changed.”

Some of the church’s innovations have been small: they hired an online pastor and broadcast services on their local TV during the pandemic.

Others have been further afield, as the church finds new ways to meet the needs of their city. Michelle Thompson, executive director of outreach, said one of her favorite initiatives is an adult driver’s education program done in cooperation with a local car dealership. The church provides both the lessons and the car for practicing.

“If you've grown up in generational poverty, there's a good chance your family never owned a car,” she said. “And if they didn't own a car, you probably never learned to drive.”

Even more ambitiously, Bible Center Church has built a community center with a technology lab, a woodshed, and an art studio, designed to teach skills to those who need them. Thompson said the key to outreach is listening to the community and meeting people where they are.

Of course not every area of the country is declining. Despite the slow population growth overall, some regions are seeing rapid increases in population. In those places, though, demographic change brings other pressures.

Buckeye, Arizona, for example, a farming community of about 6,500 people in 2000, has ballooned to a metropolis of more than 79,000. Buckeye claimed the title of fastest-growing US city in both 2017 and 2018 and hasn’t slowed down yet.

Summit Community Church, a Missouri Synod Lutheran congregation that started in 2003, has grown with the city. In 2006, the church had about 50 people. In 2019, when the congregation moved into a permanent building on Interstate 10, about 2,000 people called Summit their church—a mix of families, retirees, and young adults, as well as lifelong Missouri Lutherans and people who were new to that tradition.

According to lead pastor Nate Schaus, the church and the city have both had growing pains.

“The constant influx of new people and families from the West Coast and Midwest bring with it opportunities for new communities, new schools, new businesses, and new churches—but it also brings some challenges as people try to find community and connection in a rapidly changing city,” he said.

Like Bible Center Church in West Virginia, Summit Community Church has been focusing on outreach: listening to what people need and finding ways to creatively respond.

Recently, the church has focused on finding ways for people who might feel lost in rapidly expanding Buckeye to connect to a community. Sara Fitch, Summit’s community engagement director, said the new residents are looking for that. And older residents, living through the rapid transformation of their hometown, are too.

“Connection and community—even in a large place—has to happen in small chunks,” Fitch said. “That’s part of the reason we do our community outreach. We can get smaller groups of people to serve these causes and these organizations, and then you get connected with those people. Then you have people that you have something in common with, and it doesn’t feel so big and overwhelming.”

The church is also working more to partner with local community organizations. Having a building has allowed Summit to lend meeting space to the local community for events and gatherings, including a recovery group that was displaced during the pandemic.

“We recognize that we have all these great community organizations, and we want to partner with them,” she said. “We don't want to create those ministries out of our church. We want to be an asset to the community.”

The church is also building connections with other churches and community leaders. An established relationship with Mayor Eric Orsborn opened the doors for Summit and another church to cohost a recent prayer gathering on the steps of City Hall.

Whether one’s city is shrinking or growing, Schaus says church leaders need to keep an eye on the way their communities are changing.

“If you or your church have been there for more than three years, don’t assume the needs and opportunities are the same,” he said. “Pastors love to exegete the Scriptures for understanding. Take time to exegete your community as well, to uncover ways that you can strengthen both faith in Jesus and community life.”

How to Proclaim the Good News in the ...