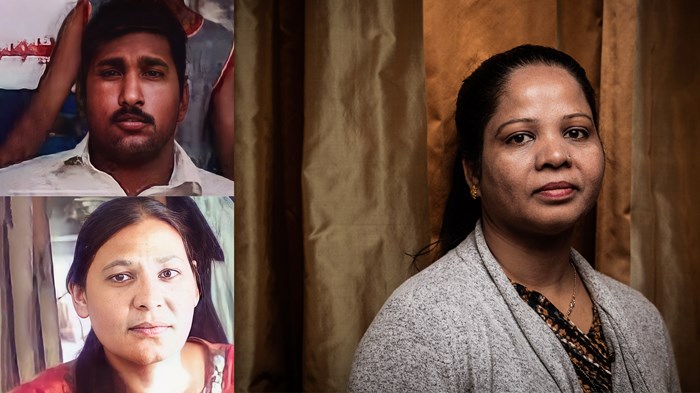 The Pakistani Christian woman who replaced Asia Bibi in her prison cell on death row, Shaguftah Kausar, has—after a dozen delays since April 2020 due to the COVID-19 pandemic—been acquitted from the death penalty by the Lahore high court.

The mother of four, along with her disabled husband, Shafqat Emmanuel, was arrested for blasphemy in 2013 and sentenced to death in 2014. Despite both being illiterate, the Catholic couple, surnamed Masih*, were convicted of sending blasphemous texts—in English—to Islamic clerics.

The couple appealed against their death penalty in 2016, but the appeal was continuously delayed—leaving them languishing in jail for years—because blasphemy cases are so controversial and sensitive in Pakistan.

When the then-EU Special Envoy on Freedom of Religion or Belief, Jan Figel, visited Pakistan to discuss Asia Bibi’s case in December 2017, he told officials that the renewal of the nation’s export privileges to Europe depended on her release.

It was only after Bibi’s acquittal in October 2018 (and final freedom in spring 2019), that her lawyer Saif ul Malook—in the glare of international media attention—said his next case would be that of Shaguftah. This was the first time many people heard of the married couple’s separate cases.

After Figel’s visit, an interfaith advisory council was started to look at the misuse of the blasphemy law—often used to “grab” disputed land or to settle personal grudges, business rivalries, and so on.

In April 2021, the European Parliament adopted a joint motion for a resolution calling for a review of the GSP+ trade status granted to Pakistan and seeking more comprehensive approaches to address such abuses of the law. The motion specifically referred to this couple’s case.

This apparent “planting” of fake texts or images on the mobile phones of sometimes-illiterate Pakistani Christians has been reported by World Watch Monitor over recent years.

What did the couple allegedly do to deserve the death penalty?

Their accuser, Muhammad Hussein, said he was praying after breaking Ramadan fast on July 18, 2013, in Gojrar’s Talabwali mosque at around 10 p.m. when his cellphone vibrated. He stated that after finishing prayer, he checked his cellphone and found blasphemous text messages insulting both the Prophet Muhammad and the Qur’an.

However, she told the police that the cellphone had been lost for a month, and she did not know who might have sent the alleged messages. Nevertheless, the Gojra City Police detained the couple, along with their four children, and pressured them to name someone who could have sent the messages.

Nisar told World Watch Monitor that a large number of Islamic clerics got angry when they heard of these text messages, and that they remained in the police station until the First Investigative Report (FIR) was lodged.

In what some said was an attempt to show that progress had been made, the police formally arrested the couple on July 20 and sent them to Toba Tek Singh District Jail the next day.

“Shafqat has admitted to the police he sent the blasphemous messages and gave this statement to the judicial magistrate,” Nisar said.

The lawyer for the couple at the time, Riaz Anjum, said the police lodged the case under Section 295-B and 295-C of the Pakistan Penal Code, which recommend life imprisonment and the death penalty, respectively, for blasphemy.

Anjum said the police had made stronger the case against the couple by recording Shafqat Masih’s judicial confession. “Investigation should have been done by the senior superintendent before lodging the case, but here the police have extracted a confession from Shafqat which is illegal,” he said.

He said the police also charged the couple under 25-D of The Telegraph Act of 1985 which recommends a maximum of three years for intentionally “causing annoyance.”

Islamists staged a sit-in on Mankanwala Crossing in Gojra on July 23, 2013, and demanded death for the couple.

Shafqat Masih’s backbone was fractured in an accident in 2004. Since then, he’d been in a wheelchair due to the paralysis of his lower body. He also has to use a catheter. In prison, he was confined to bed; visitors reported him “covered in bedsores” and thought he would die in prison.

After his accident, Shaguftah Masih was the breadwinner for the family’s four children, Ambrose (then 13), Danish (then 10), Sarah (then 7), and Amir (then 5), until their arrest.

She has found almost eight years in prison extremely hard and has had depression.

Her brother Joseph told World Watch Monitor in 2013 she is the eldest of six siblings.

Other cases had been registered against Christians, before Shafqat’s and Shaguftah’s, based on blasphemous text messages.

Only days before the Emmanuels were arrested in July 2013, a court had sentenced a Christian man, Sajjad Masih*, from their same city, to life imprisonment (25 years in Pakistan) for blasphemy. Masih too was convicted of sending blasphemous text messages in a case first lodged in December 2011, again despite an absence of evidence.

His alleged text messages were sent from a SIM card registered in the name of his ex-fiancée, Roma. Neither the cellphone nor the SIM was recovered from Masih during police investigation. Nor was there any eyewitness or forensic evidence available.

Nevertheless, there were banners in the Gojra streets at the time protesting that “life” was not sufficient for him, and that he should die.

However, the Lahore High Court threw out his case on October 14, 2013, ruling he could not be tried for the same offense twice.

In May 2006, Qamar David was accused of sending blasphemous text messages to various Islamic clerics in the city of Karachi. He was convicted in February 2010 and died in prison on March 15, 2011.

In January 2009, Hector Aleem and Basharat Khokhar were accused of sending text messages that hurt Muslims’ religious sentiment. They were acquitted of the charge on May 31, 2011.

Sixteen-year-old Ryan Stanton was charged with sending blasphemous text messages on October 10, 2012. He fled the country for refugee status in Sri Lanka.

Pastor Zafar Bhatti was accused of the same crime on November 11, 2012.

Several Muslims, such as Abdul Sattar and Irfan Rafique, have also been charged for sending text messages.

*Editor’s note: Masih, which derives from Messiah, is a common name among Christians in Pakistan.

Catholic Couple Acquitted of Blasphemy after 7 ...