Commitment to accuracy and inerrancy carried him through controversy.
Daniel Silliman|March 12, 2021 09:00 AM 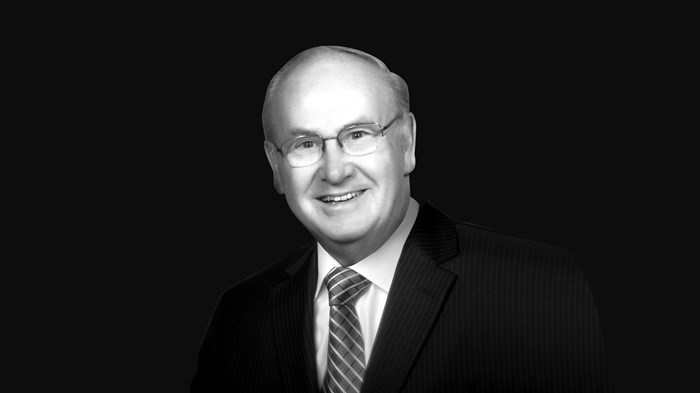 Image: Courtesy of the Walker family / Edits by Mallory Rentsch

Larry Walker, the last living translator of the original team of scholars who produced the New International Version of the Bible, died on March 8 at age 88.

Walker was a Hebrew scholar and a Semitic languages specialist who used his skills in the extinct Amorite language of Ugaritic to shed light on the Old Testament, illuminating the details of everything from the “trading ships” of Isaiah 2:16 to the “darkest valley” of Psalm 23:4. He cared deeply about accuracy and specifics and believed a commitment to the doctrine of inerrancy could serve as the basis for the highest quality of scholarship.

Walker served on the International Council of Biblical Inerrancy and was one of the original signers of the “Chicago Statement on Biblical Inerrancy” in 1978. When he and other translators were accused of turning the NIV into a “unisex Bible” and subverting the Scripture with a secret feminist agenda in the late 1990s, Walker reiterated that his commitment was to inerrancy, accuracy, and the hard work of translation.

“Accuracy. That’s what mattered. The accuracy,” Walker’s son Daniel Walker told CT. “He could just drill down, drill down, drill down into the Word. He said unless you were a scholar, you just wouldn’t understand all the reasons they have done what they’ve done because there was so much behind a specific word.”

One of his students at Southwestern, Al Jackson, now a Baptist pastor in Auburn, Alabama, recalled Walker as a “valiant defender of the veracity and trustworthiness of the Old Testament.”

John D. Massey, dean of the Roy J. Fish School of Evangelism and Missions at Southwestern, said Walker “had a profound influence on my life as a young seminarian in his Hebrew classes at Mid-American Seminary in the early 1990s. He had a deep love for God’s Word and passed that along to his students.”

Walker was born to Gilbert and Eleanora Walker in Fort Wayne, Indiana, in July 1932, in the home his Norwegian grandfather built when he immigrated to the US. Walker was raised a Mennonite, according to his son, and committed his life to Christ at a young age. As a teenager, he rededicated his life during a Baptist revival and became passionate about Scripture.

He went to Bob Jones University to study the Bible in 1955 and met a nursing student named Becky Brown who played saxophone in the university band. They married two years later. Walker went on to earn another degree at Northern Baptist Theological Seminary in 1958, a master’s from Wheaton College in 1959, and a doctorate from Dropsie College for Hebrew and Cognate Learning in Philadelphia in 1967.

As he studied Hebrew and other Semitic languages—Aramaic, Akkadian, and Ugaritic—Walker became more convinced of the doctrine of biblical inerrancy. He strongly rejected the dominant scholarly approach of higher criticism, noting it was held up as “scientific” but hadn’t changed since the 18th century, despite the discoveries of massive amounts of new linguistic and archaeological information.

“Armchair speculation of higher criticism has been repeatedly overturned by continuing discoveries from the lands of the Bible,” Walker wrote. “The founders of higher criticism were totally ignorant of such important ancient cognate languages as Ugaritic and Akkadian—not to mention such non-Semitic languages as Egyptian, Hittite, Hurrian, [and] Sumerian. … Words once claimed to be ‘late’ (and therefore betraying a ‘late’ document) are now attested in the early Canaanite source materials from Ugarit; syntactical features of Hebrew poetry once labeled incorrect are now attested in the poetry of Ugaritic.”

The year he earned his PhD, Walker was recruited to join the core committee of 15 scholars who would oversee the translation of a new, evangelical version of the Bible. The committee was started in 1965, but one of the members, E. Leslie Carlson of Southwestern Baptist Theological Seminary, died before the work began. Walker was brought on as his replacement.

He spent the next decade working on the first edition of the NIV while simultaneously teaching at Southwestern.

“He had a full-time job at the seminary, as a seminary professor,” Daniel Walker recalled. “And then he’d come home at night and he’d work all night on the NIV. He spent his whole life in the Word. This is just what he did.”

The NIV was published by Zondervan in November 1978. The initial press run of 1.2 million copies sold in advance. According to historian Peter Thuesen, “the NIV lived up to its billing as a more ‘evangelical’ Bible” than the Revised Standard Version, but also drew on recent scholarship and received “generally positive” reviews from academics.

One point of academic contention was an area Walker worked on: The NIV’s use of capital letters for Christological terms in the Old Testament. In Psalm 2, for example, the NIV capitalized Anointed One, One, King, and Son, since Christians have traditionally understood those as proper nouns referring prophetically to Jesus. Since Hebrew doesn’t have capital letters and English does, capitalization is an interpretive choice based on theological commitments and style preferences. Thuesen describes the fight as “more symbolic than substantive,” writing that the disagreement may “have been more about Protestant party politics than about Hebrew and Greek philology.”

Walker faced a bigger controversy while working on NIV revisions in the 1990s. Hodder and Stoughton published an NIV update branded as an “inclusive language” version in the United Kingdom in 1995 and there were reports of plans for a similar update in the US in the early 2000s.

World magazine published an exposé in March of 1997, claiming this would be a “unisex” Bible, and a “feminist seduction” that was “likely to transform understandings of how God views the sexes he created.” The piece said Zondervan was forcing the Bible translators to make the changes for financial reasons and prominently quoted Walker, making him the face of the reluctant scholar pressured into “evolving” views.

“When it first came up, no one was for [unisex language]. Now at the present time, almost everyone is for it,” World quoted Walker. “The language is shifting underneath our feet.”

World was later criticized by the Evangelical Publishers Association, which deemed the reporting distorted, incomplete, and inflammatory. Walker, for his part, insisted there were scholarly reasons for the changes. He didn’t have a political agenda and certainly wasn’t part of a subversive feminist effort to undermine Scripture. He was committed to accurately translating the text, based on the best scholarly understanding, into a contemporary idiom that could be widely understood by modern English speakers.

“There’s so much behind the translation and what’s behind the words,” Daniel Walker said. “He could tell you the history of the English word, and the Hebrew word behind it, the other languages that were used in biblical times, how they were all different, and then talk about gender in the German translation too.”

After the World report, however, Mid-America asked Walker to disassociate himself from the NIV. When he refused, he was pressed into retirement, according to CT reporting at the time.

Walker went on to teach at six other seminaries and harbored no resentment over the controversy, according to his son.

“He just took as it what it was,” Daniel Walker said. “He knew he was right and it was done.”

The lifelong Bible scholar also continued to work on revisions to the NIV, and was involved with the “gender inclusive” Today’s New International Version in 2002. Bible scholars at Wheaton and Dallas Theological Seminary told CT that the changes in it were not particularly radical and were faithful to the original biblical texts.

Walker was personally less interested in the debate over the gender questions than details like the best translation for the “valley of the shadow of death” in Psalm 23—an odd and debated word found only once in the Bible—and tracking down the correct identities of animals in the Old Testament. Based on his linguistic sleuthing, Walker argued that the greyhound found in the King James Version of Proverbs 30:31 is actually a rooster, the turtle in Song of Songs 2:12 is actually a turtle dove, and the unicorn in Deuteronomy 33:17 is actually a wild ox.

Walker spent the last years of his life in Gray, Tennessee, regaling his neighbors with Bible knowledge and working on a book about his work on the NIV, his scholarship, and his philosophy of translation. It was near completion at the time of his death, his son said.

Walker was proceeded in death by his wife, Rebecca Elizabeth, in 2018 and their son Craig in 2010. He is survived by children David, Daniel, Linda Enzor, and Melissa, as well as ten grandchildren. A small memorial service will be held at Mid-America Baptist Theological Seminary on Saturday.