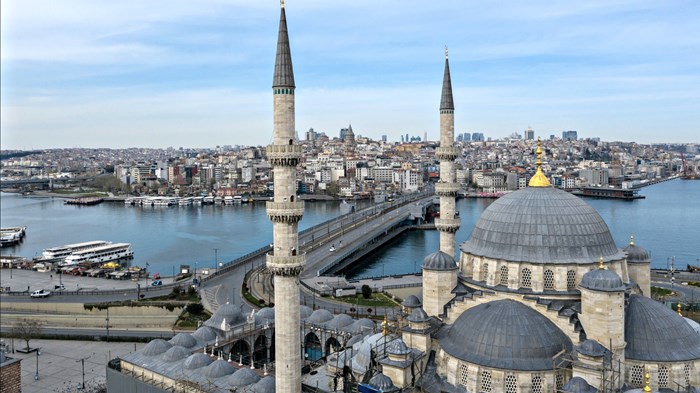 Image: Burak Kara / Getty Images
An aerial view of the Eminonu neighborhood and Galata Bridge in Istanbul, Turkey, in April 2020.

A German pastor fighting expulsion from Turkey is hopeful that he may be the exception to a wave of foreign Christian leaders expelled from the country as “threats to national security.”

Though Turkey’s National Intelligence Organization (MIT) has applied the label to pastor Michael Feulner, he told Morning Star News that a hearing last week gave him hope that a court will strike the “security threat” designation and allow him to stay.

Feulner said the three judges in the March 22 hearing in Ankara were much more open to reviewing evidence his attorney presented than judges were at a February hearing in Istanbul.

“I felt I was heard by the judges,” he said. “They asked the police department in Ankara if there was anything against me, and there was nothing. For this reason, I am hopeful they will hear our claim.”

One of the judges seemed to have a genuine interest in the merits of the case, he said. In the February hearing, judges gave the pastor’s attorney only 10 minutes to present his case. Then the court decided to withhold ruling on the deportation order until the Ankara court decided if the security designation was justified.

Advocacy group Middle East Concern (MEC) reported that Feulner’s attorney was able to present evidence that Turkey has long been aware of his ministry without objection, and that the security threat designation is a violation of religious freedom. 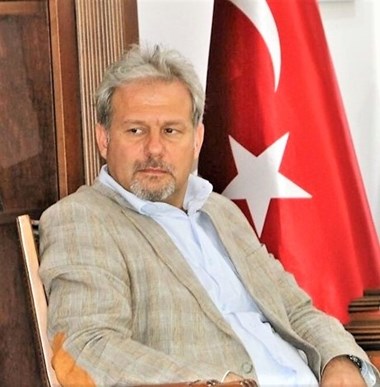 The judges then demanded that MIT produce “reasonable grounds” for the designation, according to MEC. Feulner is asking the court to strike down MIT’s claim that, without publicly issuing evidence, his existence in Turkey is a threat to the country’s national security.

The designation makes Feulner persona non grata in Turkey and is the impetus behind a deportation order issued in February and an N82 notation on his passport from the Ministry of the Interior that effectively bars him from reentering the country if he leaves.

Feulner has lived in Turkey and the coastal region of the Sea of Marmara since 1999, when he came as an aid worker to help victims of earthquake in Izmit. He has been the pastor of Yalova Light House Church, a multilingual congregation, since 2003.

Turkish immigration agents in February 2020 arrested Feulner as he was trying to take a flight out of the country. He was held without charge for 30 hours in an immigration cell at Istanbul Airport. It was there that he learned of his N82 status and was told he had 10 days to leave the country.

Pastor Feulner is one of scores of expatriate Christians in Turkey targeted for expulsion over the past few years.

Turkey has a longstanding history of deporting “active” expatriate Christians categorized as missionaries, but relatively few Christians were expelled.

After a coup attempt in the summer of 2016, however, the government of President Recep Tayyip Erdogan ratcheted up the number of Christians identified for possible expulsion or denied entry into Turkey. The trend has continued.

According to the 2020 edition of the Annual Human Rights Report issued by the Association of Protestant Churches in Turkey (TEK), the government selected 35 foreign Protestants for expulsion in 2019. In 2020, the government targeted 30 more Christians.

The government also banned the entry of other Christians. At least 30 foreign Protestants were barred from entering Turkey in 2020, according to TEK, including 10 US citizens, one British citizen, four Germans, three Koreans, two Moldovans, one Norwegian, one Finn, one Armenian, three Latin Americans, and four other nationals.

“These people and their families have been resident in our country for many years. Not one of them has a criminal record or conviction of any form,” according to the Protestant association. “This situation represents a major humanitarian problem. These entry bans, imposed with no forewarnings, disrupted family unity and created a state of chaos for all members of the individual’s family.”

Families in which one spouse is a Turkish national and the other a foreigner also suffer. Last year, the Turkish government targeted at least five such Christian couples, according to TEK. The government has ordered another member of Yalova Light House Church, a foreigner married to a Turk, out of the country. Their case is pending.

“Most of these cases applied to a foreign wife married to a Turkish pastor. Many of the recipients did not have any clerical role in the church themselves,” the TEK report states. “Most of them are housewives. This situation has meant that Protestant leaders who are citizens of Turkey have been compelled to emigrate, or face their family being torn apart.”

In addition, in 2020 one foreign Christian’s application for citizenship was rejected because the spouse was “a church leader and takes part in church activities,” according to the report.

Nearly all the Christians singled out for deportation were given an N82 or G82 code by the MIT in conjunction with the Ministry of the Interior. Technically the code is not an entry ban per se, but a requirement to obtain prior approval before entering the country. None of the Christians expelled under a N82 or G82 designation, however, has been allowed to return.

Some of the targeted Christians have appealed their security designations. Most N82 cases are still in adjudication, but to date no appellant has won entry in the lower court or the Constitutional Court.

“In court cases opened to challenge this situation, the authorities have claimed that these people are pursuing activities to the detriment of Turkey, have taken part in missionary activities, and that some of them had attended the annual Family Conference (which our association has held for 20 years), or other seminars and meetings that are similarly completely legal and transparent,” according to TEK. “Some of the court cases have reached a conclusion, and a verdict was delivered against these people without any concrete reason being given.”

Motives Behind the Trend

There has been much speculation on the reasons behind the recent push to expel foreign Christians.

After the attempted coup of 2016, the Turkish government targeted almost anyone with a public voice who was not part of Erdogan’s support base, imprisoning thousands falsely labeled “terrorists” in waves.

Erdogan and his Justice and Development Party also allied themselves with Turkish nationalists who have long seen Christians as secret agents of foreign governments bent on undermining Turkey and a Turkish “Manifest Destiny” throughout the Middle East and Europe, with adherence to Sunni Islam seen as a crucial element.

A well-placed expert on Turkey at MEC said many people believe the expulsions are a reaction to pressure the United States applied against Turkey’s October 2016 jailing of pastor Andrew Brunson.

“While that might play a part, I think it is more helpful to see how the Islamic/Turkish nationalist/Neo-Ottoman/Pan-Turk narrative is strengthening, and that missionaries leading Turks to conversion are viewed as a national enemy and security threat by some authorities,” he said. “The two codes given (G82 and N82) are both issued to foreigners deemed as threats to national security and public order.”

The government has singled out Christians for deportation in spite of constitutional protections for religious freedom and “missionary” work in Turkey.

“Officially, since the MIT files behind the orders are secret, the criteria applied are not known. But we see that the vast majority of victims were attendees at one or more of three conferences for the Turkish Protestant church or associated ministry,” the MEC source said. “In addition, as the TEK report for 2020 notes, MIT is trying to get informers from church members, and several additional cases of those not attending conferences could be a result of informers passing on the names of some foreigners in the church.”

The application of the N82 code and the arbitrary treatment of Christian foreign nationals constitute violations of provisions of the Turkish constitution stipulating freedom of belief, worship, and nondiscrimination, as well as those of the International Covenant on Civil and Political Rights to which Turkey is a party, according to advocacy group Christian Solidarity Worldwide (CSW).

“We are particularly concerned by the separation of families for no other reason than the religion of the couple and the foreign nationality of one spouse, which severely violates the right to family life,” CSW officials said in a statement to Morning Star News.

CSW has urged authorities to review this policy in light of Turkey’s constitution, to ensure due process and judicial independence, and to respect and uphold the right to family life.

Turkey ranks No. 25 on Open Doors’ 2021 World Watch List of the countries where it is most difficult to be a Christian.

Reported by the Middle East correspondent for Morning Star News.