Losses have denominations focused on church planting and revitalization, but it’s been a challenge.
Aaron Earls – Lifeway Research|May 25, 2021 12:59 PM 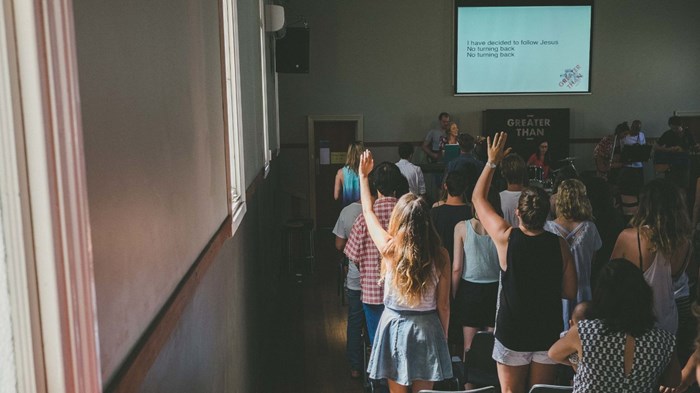 US Protestant churches endured a difficult 2020, including starting the year with fewer congregations.

The evangelical research organization analyzed congregational information from 34 denominations and groups representing 60 percent of US Protestant churches to arrive at the church plant and closure numbers for 2019.

The current closure gap indicates a shift from Lifeway Research’s previous analysis. For 2014, an estimated 4,000 Protestant churches were planted, while 3,700 closed in a year.

“Over the last decade, most denominations have increased the attention they are giving to revive existing congregations that are struggling,” said Scott McConnell, executive director of Lifeway Research. “This has been more than a fad. This has been a response to a real, growing need to revitalize unhealthy congregations.”

Church planting experts say the decline in new churches was expected but is still troubling.

“While planting a church is still one of the most exciting things a pastor can do, over the past few years, I’ve noticed a growing hesitancy to plant, which is why these numbers don’t surprise me,” said Daniel Im, co-author of Planting Missional Churches and lead pastor of Beulah Alliance Church in Edmonton, Alberta. “Starting a church from scratch is not as it used to be, especially with the rise in Boomer pastors retiring and needing to find a successor.”

For Ed Stetzer, executive director of the Wheaton College Billy Graham Center, the numbers provide a clarifying reminder to American Christians. “Church planting is slowing, and the number of closures is growing,” he said. “Yet, the opportunity is still before us—people are searching spiritually, and the gospel is the answer.”

Stetzer, who has helped start several churches and written numerous books on church planting, notes these numbers came prior to COVID-19 spreading across the US “Certainly, the pandemic will show even more challenging numbers, and though they may be a blip, the larger trend is concerning.”

Allen Kendrick and his wife moved from Visalia, California, to Columbia in July 2019, gathered with 12 other people from around the country who moved shortly after the Kendricks, and then built a 35-person launch team. Their goal was to hold their first services in September 2020.

“Church planters typically look for one of three locations,” Kendrick said, “a school auditorium, a movie theater, or a performing arts center. All three of those options weren’t available to us after the pandemic hit because those all closed their doors to any outside agreements based on liability issues.”

This forced the church to look at commercial real estate. They found a property in July 2020 that had never had a previous tenant, but it required significant work. “It needed HVAC, plumbing, drywall, insulation and electricity, and that was before we could install any of our AVL equipment, staging pieces, or outfit the kids’ room,” he said. “We worked many late nights from 5 p.m. to 5 a.m. to get the building ready in time. We managed to finish a 12-week construction job in six weeks and successfully got the certificate of occupancy the day before we launched the church.”

Despite the building complications and “trying to foster community with the virus on the loose,” Kendrick said the church was able to hold their first service as planned. “For us, we resolutely knew that we would launch on one day in the course of history, and there was nothing that could stop that,” he said. “That day was September 20, 2020, and 248 people showed up because of the faith we had, the perseverance we showed and the work we put in to accomplish the vision.”

While Kendrick and Vivid Church received good news the day before they held their first service, Isaac Surh and Chroma Church in Columbus found out the day before their first service that everything was cancelled. Surh and other members of the church’s core group began to meet and received their official designation as a church in the late fall of 2019. They held their first, and what ended up being their only, interest meeting in February 2020.

The original plan was to launch an in-person preview service on March 15, 2020. “We organized teams, assigned roles to our volunteers, had contact cards ready, made signs and banners, prepared food and beverages and bought audio/video equipment to run the service,” Surh said. “All of that got cancelled the day before because of the first pandemic lockdown, so we had to pivot within 24 hours to do a virtual preview service.” The church began meeting weekly on Zoom in August 2020.

Chroma Church has completely changed their starting methodology, according to Surh. “We were going to follow a typical attractional model of church planting, doing six monthly preview services to build a sizable launch team and momentum leading to a big launch Sunday in September 2020,” he said. “Now we are following a house church model, doing everything online, no in-person gatherings, and we are at 12 people a year-and-a-half after planting. But we have learned to focus on and value other things such as personal relationship, community and micro-group (two to four people) discipleship.”

Surh said they have been relying on their faith and the promises God gave them as they stepped out to start Chroma. “If it weren’t for our faith in what God is doing and going to do, we would’ve abandoned this endeavor long ago,” he said. “It has been very difficult and trying on our patience, planting for almost two years without knowing when we would ever be able to launch. But we believe that day will come and that all the seeds we have been planting online will somehow bear fruit and allow us to bring in a harvest.”

As Surh has hope for what will happen with Chroma Church, Stetzer has a similar hope for church planting nationwide. “My hope is that we will press forward with a greater passion as the harvest is plenty, but the laborers are still too few,” he said.

The previous Lifeway Research analysis of church plants provides reasons for leaders to want to see successful starts of new congregations. The 2015 study found newly planted churches were more effective than existing congregations at drawing people who weren’t connected with a church. On average, 42 percent of those worshipping at churches launched between 2008 and 2014 previously never attended church or hadn’t in many years.

Still, Im believes the decline in church plants may have to do with a realization among pastors. “While some might attribute these numbers to the uncertain economy or a lack of faith, I see it having to do with a growing awareness that some pastors might just be better suited to revitalize a church than plant a new one,” he said.

“The US population continues to grow, so there is a need for new churches to share the gospel with everyone,” said McConnell. “But even before the pandemic, the pace of opening new congregations was not even providing enough replacements for those that closed their doors.”