5 ways I deal with the political nature of leadership.
John Killinger 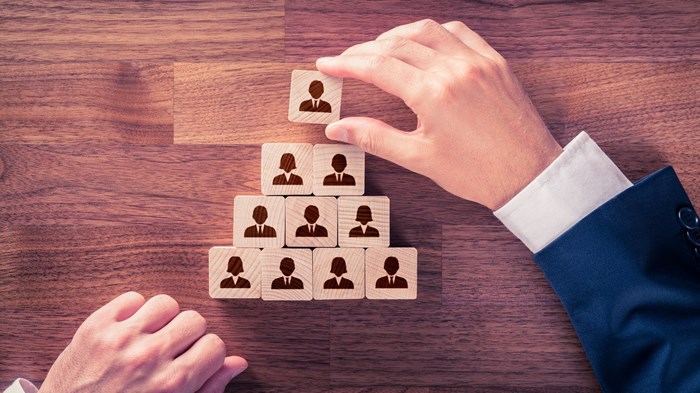 Most of us associate politics with control or Machiavellian manipulation, and therefore we pretend that the church is above it. Jesus, we like to say, was not into politics. He didn't even try to save his own skin when he could. We prefer to think of the church as a no-politics zone.

I always had a streak of naìvete about this. I became a little smarter as the years went on, but only a little. Not a political schemer myself, I didn't dream that some people in the church ate, breathed, and slept politics, and were invariably up to something.

That was before I became senior minister of a church where each monthly council session was a political battleground. I disliked having to think like a politician in order to conduct ministry. As exciting as it was, I soon tired of trying to preside over that church.

In the years since, I have realized how much easier my life as a minister might have been, and possibly how much more effective, if I had been more aware of how political the minister's role is.

I'm not talking about being a politician for Jesus—the very idea still appalls me—but I admit now that much can be accomplished by understanding the internal workings of church politics. If I were drafted to teach a seminary course on the subject, here is some of what I would include:

1. Make friends, but carefully. Every church, including yours, will have some disgruntled, even morally evil souls who will try to sabotage your ministry. Sometimes they will come on first as your friends—all the while planning your downfall. This is a terrible judgment, but often true.

The best way to deal with such people is to smile, accept their appearance of friendship without any great expectations, and pray for their transformation. You may win over a few, but don't count on it.

Carefully cultivate friendships with a few church members in strong leadership positions, as well as some who are marginal to the life of the congregation. Consult them on a regular, informal basis. Ask what's going right and wrong. Encourage them to speak freely. Listen!

2. Truth has consequences. Be meticulously honest. Lies inevitably return to haunt you. If you fail at anything, be quick to admit it. Don't try to cover up. Small deceits mushroom into bigger problems.

Be as open and charming as you can, but don't feel you have to share everything you know. Being too frank with your views, or trying to be "edgy," will get you in trouble with people who can't understand or be discreet. Remember: "Least said, soonest mended."

Always keep confidences inviolable. Nothing undermines your relationship with a congregation faster than for a member to tell you something in private and then hear it from someone else a few days later.

3. Don't feed the rumor mill. Live your personal life above reproach. It may not be fair for congregations to expect more of a minister than they do of themselves, but it is a fact of life that they do. Pay your bills promptly. Fulfill your obligations. Avoid the appearance of evil, especially in relationships with the opposite gender.

If a rumor about you gets started, find out where it began, talk to the people who facilitated its transmission, and, if necessary, deal with it in some public fashion.

I like the story of the minister who had two gossipy sisters in his church. One day they saw his car parked in front of the liquor store and began spreading word of their minister's "drinking problem."

When he learned who was spreading the rumor, he parked his car in front of the sisters' house and left it there overnight. The town heard about it, of course, credited the minister with wit and humor, and recognized the rumor for what it was.

4. Confront the turncoats. It's one thing to be Christian, but you don't have to tolerate liars, gossips, and turncoats in church leadership positions. The faster such persons are cashiered from their positions, the better. You'd like to think that a staff member who undercuts your work would change after being confronted, but this seldom happens. It's best to face the problem, ask the person to resign, or dismiss him.

When I had an untrustworthy associate I was unable to fire because of church polity, I did the next best thing and walled the person off from vital information and sensitive situations whenever I could.

Don't be afraid to go to a board or the entire congregation with a problem that is troubling you or the church. Chances are the problem is already disturbing others and they are wishing something could be done about it. Bringing such a problem officially before the proper venue allows others to deal with it corporately and join creatively in its solution.

5. Give credit away. Share the credit. Be generous in giving credit to others, especially in public. Taking credit for others' work and ideas will not help your reputation. You earn a far better reputation by sharing the spotlight. Many loyal workers labor in obscurity and will work twice as hard if given public praise for their accomplishments.

Always exalt Christ. The church may be political. But the exaltation of Christ as its head has, through the centuries, lifted it above ordinary politics. There was a brass plaque in a pulpit I once entered that said it best: "Remember, these folks didn't come to see you, they came to see Jesus."

John Killinger is a pastor, author, and professor. This article is adapted from "Pastoring Is Political" in the Spring 2006 issue of Leadership.

Discipleship |Leadership|Outreach |Preaching
Deep AND Wide
How we're trying to be 'a seeker church with depth.'
Jim Nicodem
Trending