When Jon Foreman sang about Christianity as a "new way to be human" in 1999, previews for The Matrix were already running in theaters, envisioning a fictional dystopia where the union of man and machine cast a strange shadow on the catchy phrase.

Today, 15 years later, science fiction's visions of a technologically augmented humanity are closer than ever to science fact, and will demand advances from ministry leaders to respond to new dilemmas of the heart, mind, and body.

Recent foreshadowing of a brave new future came in June, as Microsoft unveiled the "almost human" Cortana AI, modeled after a human personal assistant, including (in a leap beyond Apple's Siri) the ability for casual conversation and humor with users—a significant step towards beginning to integrate artificial personalities into people's daily routine.

Meanwhile, mad tech-prophet (and Google director of engineering) Ray Kurzweil continues to tell us to "Get ready for hybrid thinking," referring to cloud-connected ...

Video
Andy Crouch: The Missing Chapters
How Genesis 1-2 and Revelation 21-22 are vital to understanding culture.
Trending 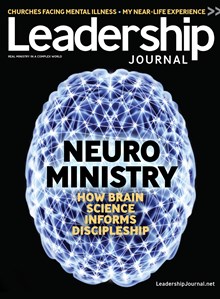 This article is from the Summer  2014 print issue of Leadership Journal. Subscribe to continue reading.