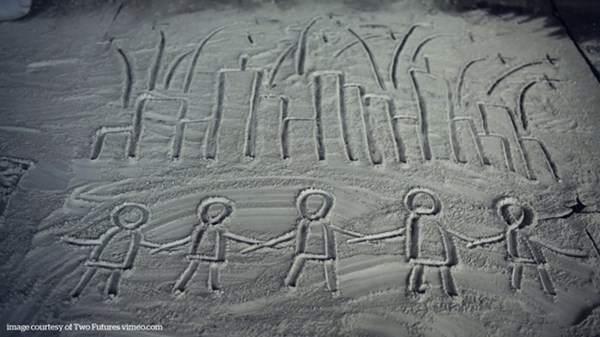 Who Will Love the City After a Nuclear Attack?

If history and our own resurrection hope bear out, it will be the Christians.
Tyler Wigg-Stevenson

God's mandate through the prophet Jeremiah has become something of a mantra for evangelicals serving their cities: "seek the shalom of the city to which I have carried you into exile. Pray to the Lord for it, because if it prospers, you too will prosper" (Jer. 29:7). If you read between the lines of the command, however, you find the implicit traces of an adversary who seeks the city's ruin. This spiritual enemy takes concrete forms: poverty, substance addiction, codified injustice, racism and segregation, educational inequality, food deserts, and all their diabolic colleagues. Those of us who love cities fight such devils because they pursue our cities' devastation.

In the legion of urban adversaries, however, there is nothing quite like the nuclear bomb. This is certainly not to say that nuclear weapons are the most pressing threat to every city. But nuclear weapons are, in their way, the damnable apotheosis of all that hates the city. Their destructive power, orders of magnitude greater than most conventional explosives, is useless in tactical military situations that require targeting and discrimination. What they are singularly capable of, especially in an era of global terrorism, is killing hundreds of thousands of people living in concentrated proximity to each other—i.e., a city.

Four years ago, I founded the Two Futures Project to help prevent this kind of catastrophe by galvanizing American evangelicals' support for the global and verifiable elimination of nuclear weapons. Our rationale is based in the conviction, widely held by top security experts across the partisan spectrum, that the continued existence of nuclear weapons will guarantee their eventual use—and that their abolition is the only alternative.

In the course of working for prevention, however, the need for preparedness has also become apparent, because history is not in our hands. Toward this end, we recently debuted KnowShelter.com—a simple and compelling resource that will, in less than five minutes, teach anyone most of what they need to do after a nuclear terrorist attack.

This is not simply an exercise in emotional readiness. At stake are hundreds of thousands of lives. Over the past decade, both the Obama and Bush administrations quietly conducted research about the outcome of nuclear terrorism, which the U.S. National Strategy for Counterterrorism describes as "the greatest threat to global security." It would be a catastrophe beyond anything any of us have ever seen, devastating the targeted city as well as yielding extended consequences for communities around the world.

But government studies also revealed that a prepared citizenry equipped with two simple, life-saving steps could reduce casualties by an order of magnitude in the "gray zone," or the area outside the immediate blast, but within range of fatal fallout levels.

There were only two problems.

First, the life-saving actions are counterintuitive. When confronted with the end of existence and maybe five minutes' notice for the arrival of a deadly radioactive cloud, most people's instincts will be to run. This will get them killed, because the only protection against radiation is to put as much hard mass between you and the fallout as possible (for example, a basement or interior room in a large concrete building) and wait 12 to 24 hours for it to dissipate before evacuating. Worse, even a knowledgeable citizenry will ignore instructions if they aren't sure their kids are safe, which means that entire communities need to prepare together, including schools and workplaces. So, education is necessary.

This leads to the second problem. Governments, it seems, cannot educate their citizenry on how better to survive a nuclear terrorist attack without raising anxiety about the possibility of such an attack. This leads to accusations of fear mongering, which governments evidently dislike. And this, in turn, leads to nothing being done about the community preparedness that could save hundreds of thousands of lives.

So the question remains: Who will take this information and stand in the gap, stare the terrifying problem in the face, seeking the shalom of their city even in the face of the unthinkable?

Sociologist Rodney Stark writes vividly about the epidemics that plagued the Roman Empire in the earliest centuries of Christianity, when followers of Jesus were persecuted minorities in the imperial cities. When plague broke out, the pagans fled for the safety of the countryside. But Christians stayed behind to serve the sick and dying. They could not hope to save their entire city from the plague; fatalities were a given. The Christians stayed and served, as writers from that time attest, because they did not fear death. Their faith in the Resurrection freed them to love their cities fearlessly. And God used their service—both in the acts of love that soothed the dying, and in the evangelistic impact that transformed the church from a tiny fringe to a vibrant, and eventually majority, religion in the empire.

Know Shelter is not designed to help Christians serve and save only our own. It is for individuals and communities of any faith, or none, because true community preparedness means working across creeds. But there was never any question that Christians should be the driving force in spreading it, liberated to serve the welfare of our cities by our creedal conviction that "we look for the resurrection of the dead, and the life of the world to come."

Our first hope is that KnowShelter.com will never be necessary. Our second is that if disaster does befall us, communities will be ready, in part because burgeoning city-based Christian movements will have incarnated this preparedness in their specific contexts—from individuals to families and friends, across online networks, through neighborhood associations, church small groups and congregations.

Tyler Wigg-Stevenson is the founding director of the Two Futures Project. A recent transplant from Nashville to Toronto, he and his wife make their home in the city's historic Little Poland. Tyler has written for Christianity Today about nuclear weapons.

Who Will Love the City After a Nuclear Attack?