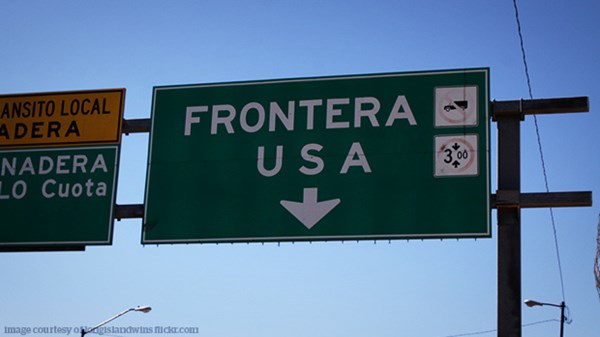 Viewing Immigration from the Low Places: Ministry Leader Speaks Out on Controversial Law

Political sound bites lose their power when you get to know immigrants through flesh-and-blood ministry.
Alan Andrews

Not long ago, I viewed the immigrants coming to our country without proper documentation as lawbreakers. I thought if people wanted to come to our country, they should get in line and do it right. The apostle Paul made it clear that submission to governing authorities was important. I affirmed the importance of treating people with compassion, but breaking the law was unacceptable.

Then in 2004, my wife, Becky, and I spent two weeks living in "the 'hood" at Neighborhood Ministries in Phoenix, Arizona. [Editor's Note: Neighborhood Ministries plays a central role in This Is Our City's forthcoming Phoenix coverage in CT September 2012.] As we met undocumented families and heard their stories, we came to understand their plight and pain. The issue had a new dimension—a human face. As we traveled back to Colorado, we realized the issues surrounding immigration were not cut-and-dried. Instead, we saw immigration as a multidimensional problem with no easy solution, but one that nonetheless required a solution.

I have spent most of my life leading ministries (including serving as president of the Navigators) in positions that caused me to view problems "from above," giving me a macro perspective. In retrospect, that viewpoint at times made me oblivious to the pain and suffering of people living in very "low places."

Immigration in the United States cannot be fully understood from a bird's eye perspective. Some of my friends like to say that "grace gathers in the low places," and I believe this applies to the issue of immigration in the United States. The national dilemma of immigration reminds me of Jesus' experience in Matthew 9: "When he saw the crowds, he had compassion on them" (v. 36). It's easy to make pronouncements while standing off in the distance. When we step into the low places and witness the suffering of real people, our hearts are softened with Jesus' compassion.

Three years ago, Becky and I moved permanently to Phoenix to live and serve in an urban context. Making the decision came after a month-long season of prayer. Becky and I chose not to talk to one another about our future. At the end of the month, we sat down together to discuss what God was showing us. I will never forget asking Becky what she felt God was saying: "I believe God wants us to sell our home and move into the Neighborhood in Phoenix." She felt we needed to "burn our bridges" and make a total commitment to living in urban Phoenix. I agreed. Our decision proved to be so right!

The journey has not been easy, of course. While most of the fears I had moving into the Neighborhood have not materialized, the most difficult adjustment has been the loss of identity as a leader. Here at Neighborhood, the only thing that people care about is who I am in the present. My past leadership roles mean very little.

But my pain pales in comparison to that of the six families that are closest to Becky and me. Three of the families are documented, the other three are undocumented. Each family desires to walk with God, but they struggle to survive. Most of their suffering is due to painful injustices that occur regularly. Just this week, one of the undocumented families came over to our house to fill up their water jugs. Their landlord had turned off the water without giving any thought to how his decision would affect them. Things like this happen regularly.

Further, our friends tell stories of being brought here illegally by businesses to work, and then being asked to recruit others to join them. Their children were included in their choice to come, and came with no vote of their own. For virtually all of them, there is no "line" to get in and wait their turn to immigrate to America legally.

SB 1070 was a law written and passed by the Arizona Legislature in 2010, and is now under review by the U.S. Supreme Court after challenges to its constitutionality and compliance with federal immigration law. SB 1070 was drawn up in understandable anger and frustration over immigration problems in Arizona, which is now home to about 360,000 illegal immigrants. Many people I know and love supported the law. They think I am caught up in an "emotional," local situation that is an "unfortunate" but necessary casualty of much larger national issues—cartels, drugs, violence, human trafficking, and so on.

What supporters of the law fail to realize is that drafting local legislation in order to solve national problems makes things worse. Everyone on all sides agrees: Our federal immigration policy is broken, obsolete, and badly needs reform. The following principles and action steps, I believe, will help us develop a healthier approach to our immigration challenges:

These suggestions could take us a long way toward solving our immigration problem. However, I believe our most valuable tool in reforming immigration law will come from viewing "the low places" we often miss. It is the low places that help me see with the eyes of Jesus. I believe Jesus would have me love these "strangers and aliens," and pour out his compassion on them. It was Jesus, after all, who said, "Whatever you did not do for one of the least of these, you did not do for me" (Matt. 25:45).

Alan Andrews is former U.S. director of The Navigators. He and his wife are currently Navigator staff serving with Neighborhood Ministries in Phoenix, Arizona. Alan also serves on the board of the National Association of Evangelicals.

It's very difficult to accommodate the desires of a culture in a situation where laws are egregiously broken and anyone who questions such an absurdity is labeled a racist. Yet to be heard from our uninvited guests is an apology for breaking our laws. Contradictions abound e.g. how is it that the same people who disregard USA border customs will dutifully report the local Mexican council for obtaining proper paperwork when returning to Mexico? Mexico they respect, America is simply a useful resource deserving no further consideration.

Viewing Immigration from the Low Places: Ministry Leader Speaks Out on Controversial Law