After a long absence from making music, not to mention a series of tragedies—including a divorce and her daughter's suicide—CCM veteran Kelly Willard is back on the scene.
Maryann B. Hunsberger|August 27, 2007

Since the early days of the Jesus movement, Kelly Willard has been a part of Christian music, recording with many of names associated with the pioneers of CCM before releasing her 1978 debut at the age of 21. With nine albums to her credit, Willard has also been featured on more than two dozen worship projects from Integrity Hosanna!, Vineyard, and Maranatha! Music. Now with the release of her new CD Paga, Willard is finally back on the scene, though she's never been totally absent. She spoke to us from her Florida home about the things occupying her time for the last 15 years: her family, her recording career, her ministry, and a series of tragedies in 2004.

Your last album was in 1990. What have you been up to all these years?

Kelly Willard It was a priority to be home with my husband and children, since I home-schooled both children. And although I stopped recording my own albums and touring to raise my children, I didn't stop working in Christian music. I lived in Nashville, so I continued to do session work. I've done background vocals for artists, and I've done solos on praise-and-worship albums. I've always followed what was going on in Christian music, and I've continued to do as much music as I could.

Willard Very busy. My mother had Alzheimer's, so we took her in and cared for her for ten years. I was responsible for her health while my children were growing up. I was home-schooling and doing studio session singing while caring for my mother. I haven't done much since 2004 because of what life has been like since then.

What happened that year?

Willard It was the worst year of my life. On Valentine's Day, my father died of pulmonary fibrosis. 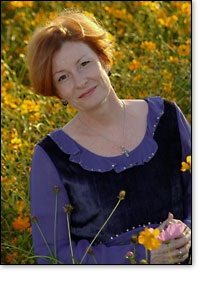