Though he didn't win the seventh season of American Idol, third-place finisher Jason Castro was an enduring fan favorite for his sweet demeanor and soaring performances of Leonard Cohen's "Hallelujah" and his own ukulele-accompanied "Over the Rainbow." Both songs appear on "deluxe" versions of Castro's self-titled debut album, which released two weeks ago. (Our review.)

But mostly, Jason Castro is about, well, Jason Castro. The fresh-faced, dreadlocked singer/songwriter wants the world to know about the second part of that description—songwriter. He's not "just" a singer, like most Idol alums. Castro penned seven of the eight songs ("Hallelujah" is the eighth) on the more widely available version of the new album—mostly poems about love (he just got married in January) and friendship.

A committed Christian, Castro talked to CT about his new album, how his faith informs his songwriting and his performances, and his long-term plans for those terrific dreads.

It's been two years since you were on Idol. You must be stoked to be finally releasing your first album.

You've kind of separated yourself from other Idol alumni by writing your own songs for your album. Talk about that.

Castro: After Idol, I spent a year and took my time; writing was my main priority. That's what I've always dreamed of being. That's why I started singing—because I wanted to be able to write those stories. I'm very proud of this work.

But you weren't alone; you collaborated with some other veteran writers. How did you like that process?

Castro: I love the collaborative process. ... 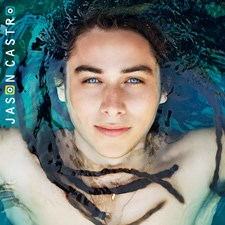