The congressman pleads for a passionate American commitment to international religious freedom.
Interview by Susan Wunderink|November 17, 2011

Congressman Frank Wolf, a Virginia Republican, has been an outspoken advocate for international human rights for the past 30 years. In July, the House of Representatives passed his bill, cosponsored by Rep. Anna Eshoo (D-CA), to appoint a special religious freedom envoy to the Middle East and Central Asia. In his new book, Prisoner of Conscience: One Man's Crusade for Global Human and Religious Rights (Zondervan), Wolf discusses human rights issues from the 1980s onward, and recounts his many visits to hotspots around the world. Wolf spoke with ct contributing editor Susan Wunderink about the role churches and the U.S. government can play in improving international human rights.

Why do you say, "America—and especially our churches—is failing the oppressed peoples of the world"?

I meet many people who are baffled and concerned that the West doesn't seem to be that interested in their plight. Three nuns from Iraq just came to my office. They said they feel abandoned. Half the Christian community in Iraq is now living in ghettos in Damascus, Lebanon, and Jordan.

I was in Egypt last month. The United States has given the Egyptian government over $50 billion [since the late 1970s]. And yet the Coptic Christians have been persecuted during that time. If you're a Coptic Christian in Egypt, you can't get a government job, and you can't be in the military. They wonder why the church in the West hasn't spoken out.

The church in Sudan has suffered persecution. In southern Sudan, 2.1 million people have died—mainly Christians, but also some Muslims and some animists. I had one woman tell me, "The West seems more interested in the whales than in us." 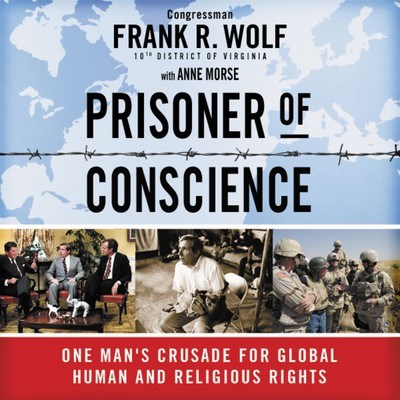 This article is from the November 2011 print issue. Subscribe to continue reading.