Why it may (or may not) be okay to watch adults beat up on one another.
Gordon Marino|April 22, 2014
Image: iStock

On April 12, 2014, Manny Pacquiao entered the ring at the MGM Grand in Las Vegas to fulfill what he believes is his God-given calling: to beat another man—in this case, opponent Tim Bradley—to bloody unconsciousness or exhaustion. Pacquiao met his match that night—he arrived at the post-fight press conference with 32 stitches in his left eyebrow—but a unanimous decision from the judges declared him the victor.

A Filipino world-class professional boxer, Pacquiao has been called a "Bible-quoting maniac" by Rick Warren, and attributes his stunning 55-5 record to Providence. When an ESPN reporter asked in 2012 whether faith makes him a better boxer, Pacquiao said, "If God is with you, who can be against you? All things are possible with God."

Pacquiao is hardly the first professional athlete to bring God into the game. But boxing and mixed martial arts (MMA)—known as "combat sports" wherein man-on-man violence is the end goal—raise unique ethical questions about whether certain games are incompatible with Christ's teachings. Meanwhile, some ministry leaders have used ultimate fighting to attract young men in a "chickified" culture. "Jesus Didn't Tap" is the name of a Christian MMA clothing line, as well as a mantra for a high-octane masculinity espoused by the likes of Mark Driscoll. Guts Church in Tulsa held an annual "fight night" amateur boxing match for six years until a 24-year-old participant died in 2011. "Human cockfighting," as one senator has called MMA, draws millions of dollars and spectators—as well as concern over violence for violence's sake. 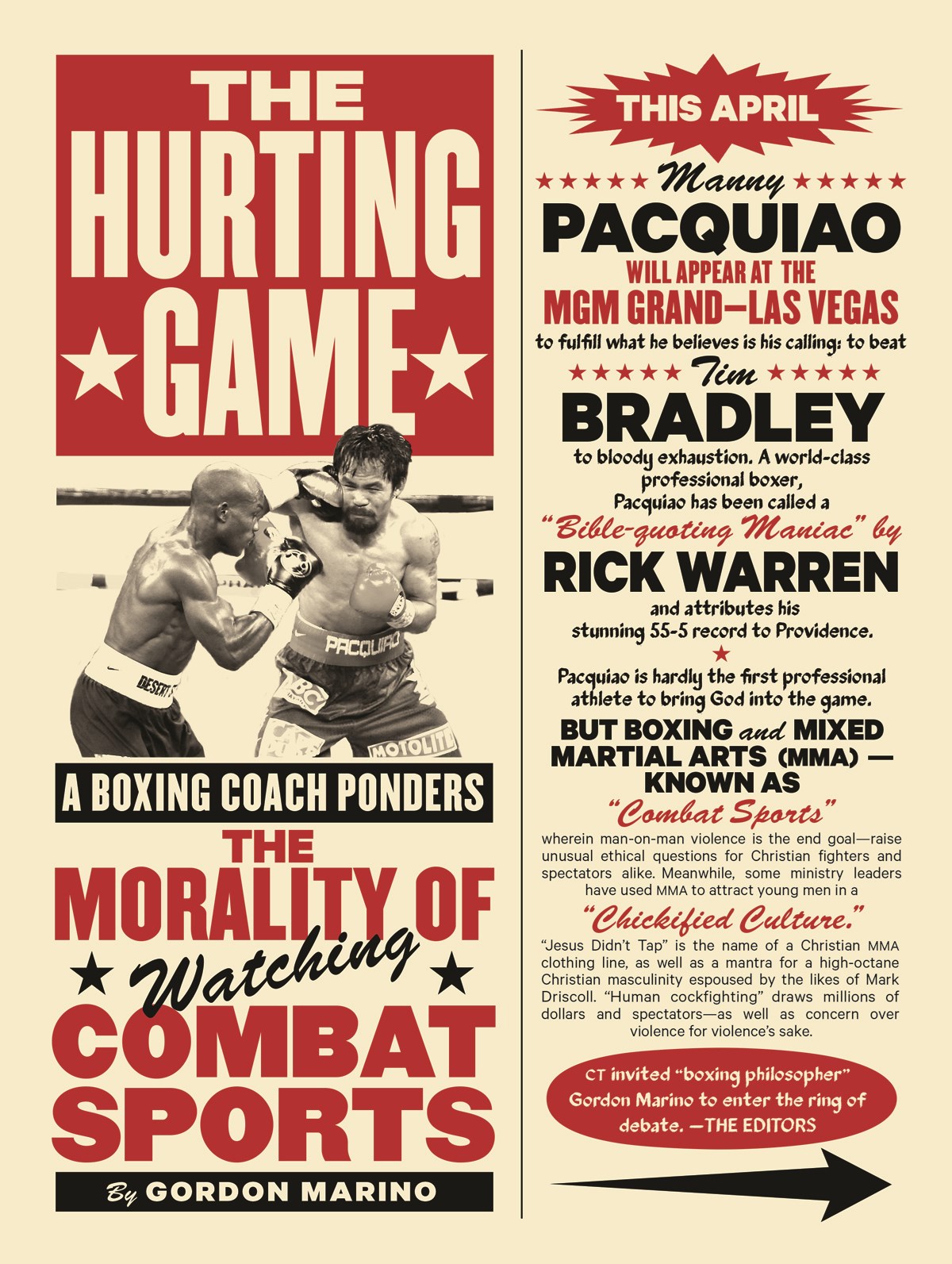