What the church can do when the world’s had too much of a good thing.
Ken Baake|May 17, 2019
Image: Oil Spill Photo By StudioBarcelona / Getty | Oil refinery By shaunl / Getty / Vetta

By August 27, 1859, New England railroad conductor Edwin L. Drake had been spending borrowed money for months, and it was running out. His steam-powered drill had bored 69 feet into the rock near Titusville, Pennsylvania, at the rate of three feet a day, and he had yet to strike oil. His employer, America’s first petroleum exploration company, had given up on him. When Drake and his crew went home for the night, they were already accustomed to being the punchline of local jokes.

The next day, one of Drake’s men spotted black liquid bubbling up in their well, and they began pumping it by hand into a washtub. What followed was arguably the most rapid economic and cultural transformation of the world.

The oil boom Drake triggered was accompanied by a flood of superlatives about the wonders, mysteries, and splendor of what was known at first as “rock oil.” Most immediately, Drake’s discovery offered America and the world affordable light. Kerosene—which could be made from petroleum—rapidly became the low-cost choice for lamp oil (its main competitor was pricey whale oil). Within two decades, kerosene had brought artificial lighting to city streets and to nearly every home in America.

Celebratory language continued into the early 20th century, as petroleum products found revolutionary new uses as lubricant and, eventually, as fuel for motor vehicles. Geologists, businessmen, politicians, poets, and songwriters speculated on what this new discovery meant for America and humankind.

Pastors and theologians weighed in, too. For Presbyterian minister S.J.M. Eaton of Franklin, Pennsylvania, the sudden profusion of drilling sites along nearby Oil Creek was not the result of chance. In Eaton’s ... 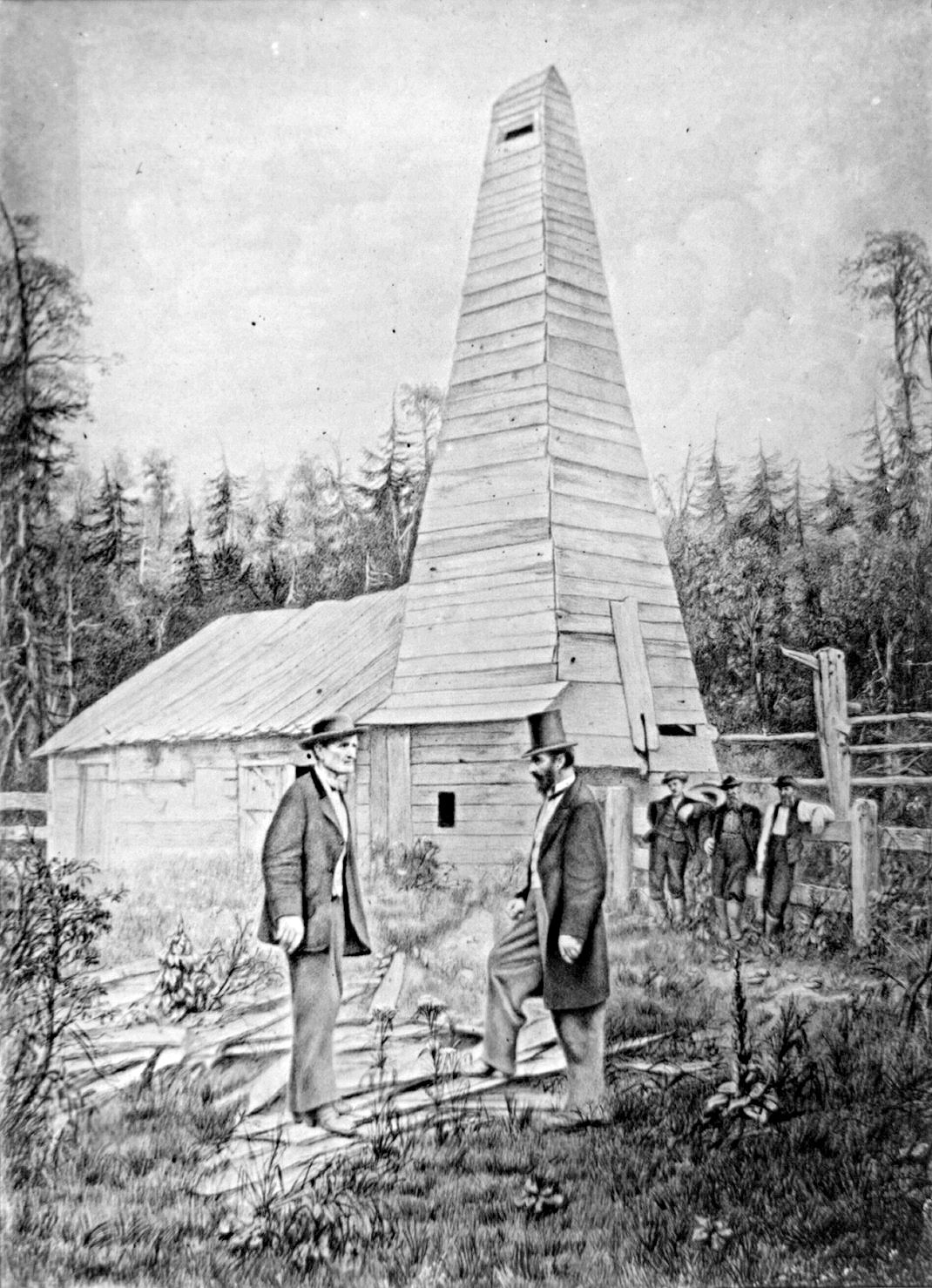