“Set fire to their synagogues or schools,” Martin Luther recommended in On the Jews and Their Lies. Jewish houses should “be razed and destroyed,” and Jewish “prayer books and Talmudic writings, in which such idolatry, lies, cursing, and blasphemy are taught, [should] be taken from them.” In addition, “their rabbis [should] be forbidden to teach on pain of loss of life and limb.” Still, this wasn’t enough.

Luther also urged that “safe-conduct on the highways be abolished completely for the Jews,” and that “all cash and treasure of silver and gold be taken from them.” What Jews could do was to have “a flail, an ax, a hoe, a spade” put into their hands so “young, strong Jews and Jewesses” could “earn their bread in the sweat of their brow.”

These fierce comments have puzzled and embarrassed Christians who otherwise admire the Reformer. And they have led to charges that Luther was “one of the ‘church fathers’ of anti-Semitism.” More seriously, Luther’s attacks have been seen as paving the way for Hitler.

Was Luther anti-Semitic? How should we understand his words?

In 1523, Luther accused Catholics of being unfair to Jews and treating them “as if they were dogs,” thus making it difficult for Jews to convert. “I would request and advise that one deal gently with them [the Jews],” he wrote. “ … If we really want to help them, we must be guided in our dealings with them not by papal law but by the law of Christian love. We must receive them cordially, and permit them to trade and work with us, hear our Christian teaching, ... 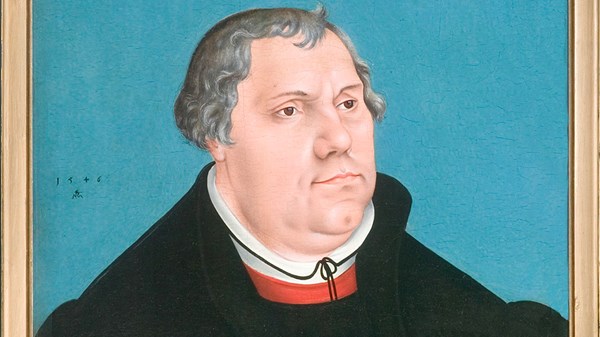