1892 Born on January 3 in Bloemfontein, South Africa, where his father worked for Lloyd's Bank

1915 Obtains First Class in English Language and Literature. Commissioned in the Lancashire Fusiliers

1916 Marries Edith Bratt. Serves from July to November in the Battle of the Somme and returns to England suffering from "trench fever"

1925 Elected to the Chair of Anglo-Saxon at Oxford University

1959 Retires from his work at Oxford

1918 Takes up work with the new Oxford English Dictionary

1929 Publishes Ancrene Wisse: The English Text of the Ancrene Riwle. Publishes his treatise on Hali Meithhad, or "Holy Virginity"

1930 Begins to write The Hobbit

1936 Delivers the lecture "Beowulf: The Monsters and the Critics" to British Academy

1937 Publishes The Hobbit. Begins a sequel that becomes The Lord of the Rings

1939 Delivers the lecture "On Fairy-Stories"

1954 Publishes first two volumes of The Lord of the Rings

1955 Publishes final volume of The Lord of the Rings

1962 Publishes The Adventures of Tom Bombadil, and Other Verses from the Red Book

1962 America and Russia step back from nuclear war 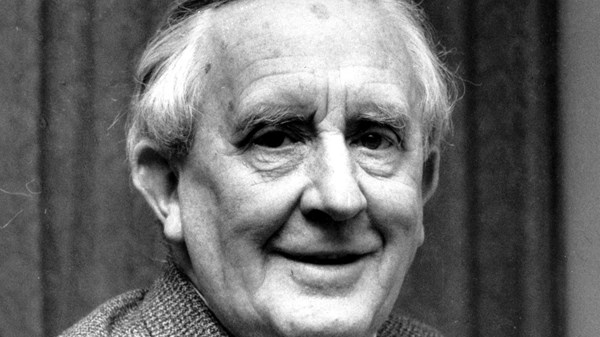