Robinson prayed for God to "bless this nation with anger ? anger at discrimination, at home and abroad, against refugees and immigrants, women, people of color, gay, lesbian, bisexual, and transgender people." He also prayed that God would bless us with "the understanding that our new president is a human being, not a messiah."

Overall, his prayer was not especially surprising, since Robinson had told the Concord Monitor that it wouldn't be "especially Christian" and wouldn't use a Bible. Below is the video I took on my camera of Robinson's prayer.

The event was mostly focused on the celebrities, including Bono, Tiger Woods, Beyonce, and Bruce Springsteen. Several journalists clearly need a brush-up on People, In Style, and US magazines because people had to call out each celebrity for those of us who were clueless. My favorite moment was when it ... 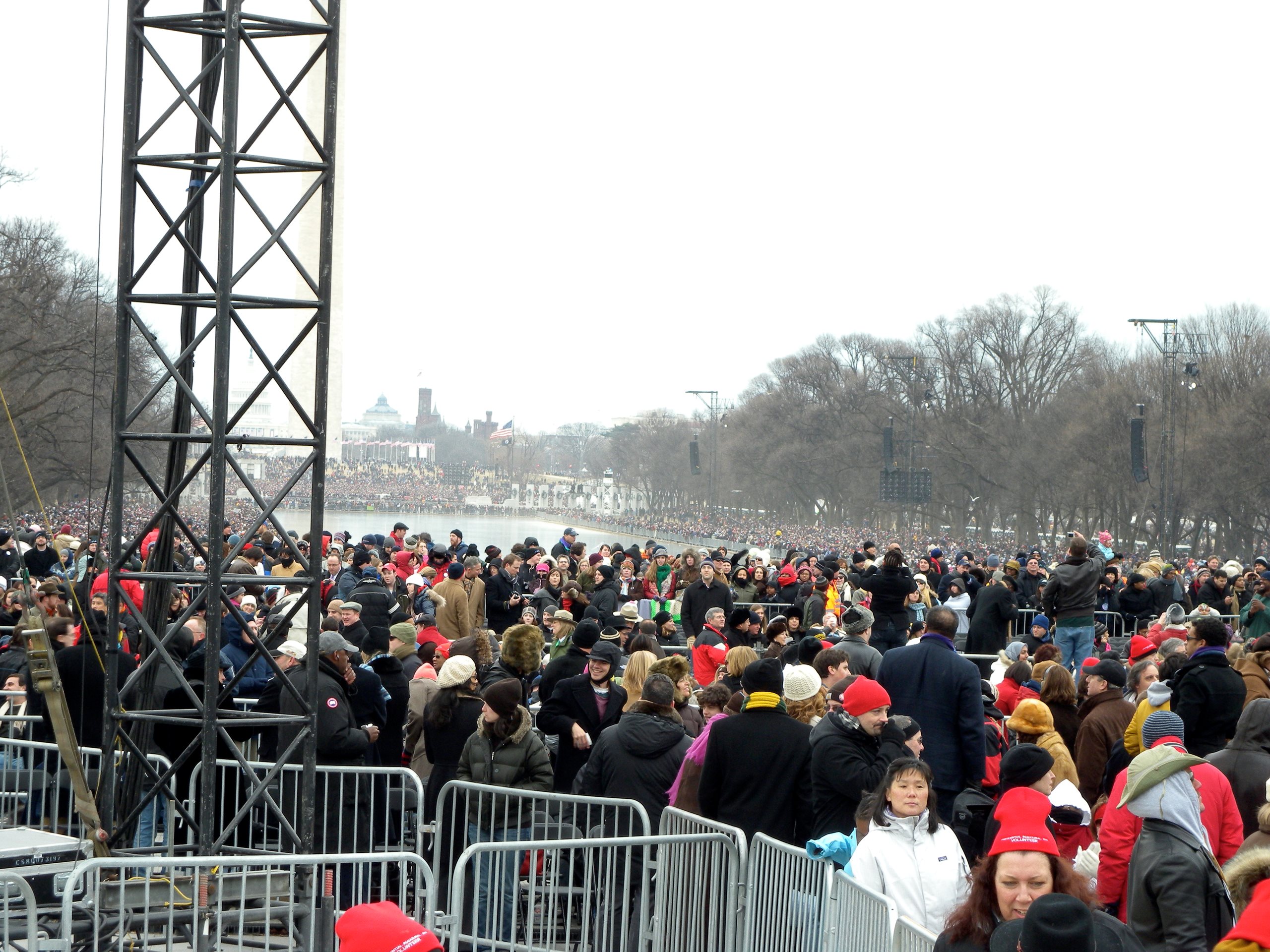