Donald Miller, author of the book on which the movie is based, blogged recently that director Steve Taylor (The Second Chance) is moving forward on shooting Blue Like Jazz the movie. He's set to shoot in Mid May through June. We will be shooting in Portland and Nashville through the end of June. I couldn't be more excited."

Miller and Taylor had hoped to get the movie rolling last year, but had to put the project on hold due to a lack of funding.

They've apparently got enough money to move forward now, though they're still seeking "associate producers" (at $99.95 a pop) to help defray costs.

The official movie website has an amusing "from the director" video with Taylor and Miller that includes a few laugh-out-loud moments. (The site also includes a hilarious blog post from Taylor about how he's trying to learn Facebook etiquette.)

Back to Miller's blog entry: "I'm skyping today with the actor who ... 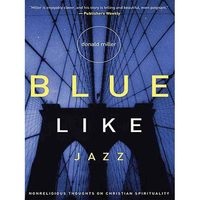