The New York Times reports that Robert E. A. Lee, former head of communications for various branches of the Lutheran church, passed away late last month at the age of 87.

Lee, whose duties included a 34-year stint as executive secretary of what is now known as Lutheran Film Associates, was executive producer of the Reformation biopic Martin Luther (1953) and the civil-rights documentary A Time for Burning (1966). Both films were nominated for Oscars: cinematography and art direction for Martin Luther, and documentary feature for A Time for Burning.

Lee's work was cutting-edge for its time. David Neff, editor-in-chief of the Christianity Today Media Group, recalled five years ago how Martin Luther was the first movie he ever saw, and how moviegoing was so frowned-upon in church circles back then that some of his fellow congregants criticized his parents for taking the family to see that film – even though it had been made by a church.

Meanwhile, A Time for Burning was widely praised for acknowledging ... 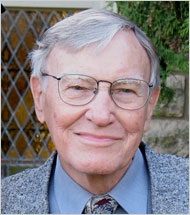