Mandate "would force the College to violate its religious beliefs or pay," school says.
Sarah Pulliam Bailey|July 18, 2012 09:02 AM 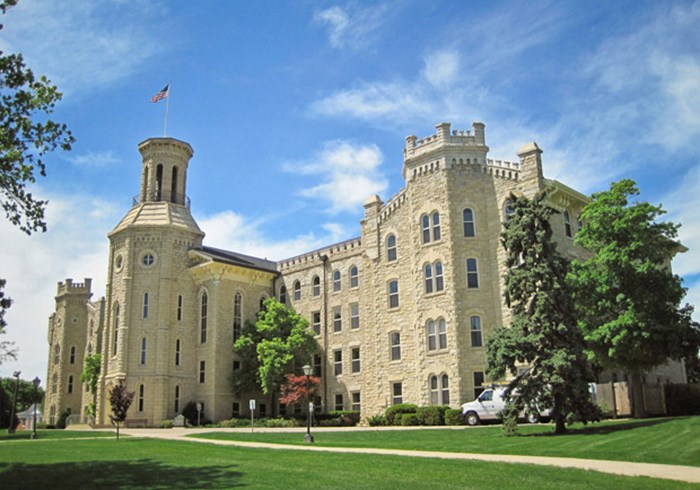 Wheaton College will follow other religious institutions by filing a lawsuit against the Obama administration's contraception mandate, president Philip Ryken will announce Wednesday morning. The college's suit in the D.C. District Court will be one of the more high-profile actions by an evangelical institution.

Health and Human Services announced in August 2011 that organizations would be required to provide contraception to their employees as part of the health care law President Obama signed. Religious institutions began filing lawsuits in December after it became clear the administration would not provide an exemption for religious institutions that are not churches.

"This morning, the Board of Trustees filed a lawsuit in the Washington, D.C. District Court opposing the mandate, which, if enacted, would force the College to violate its religious beliefs or pay severe fines," Ryken wrote in an e-mail to Wheaton's faculty and staff. "We are joining with Catholic University of America in order to demonstrate that a deep concern for the sanctity of human life and a strong belief in the importance of religious freedom are areas of commonality that transcend our theological differences."

Ryken said that the list of approved contraceptives includes "abortifacient 'morning after' and 'week after' drugs, presumably referring to contraceptives such as Plan B and Ella.

"I have every hope that Wheaton College will continue to provide excellent health care to all of its employees," he said in the e-mail. "However, we stand to face punitive fines for not complying with the HHS regulations as of January 1, 2013."

(See also Christianity Today's interview with Ryken about the suit.)

The mandate goes into effect August 1, though most religious institutions have another year to comply. But for non-church faith-based organizations whose insurance plans on February 10 did include contraceptives, the mandate comes into effect on or after August 1.

"Filing a lawsuit against the government is no small thing," said Shapri LoMaglio, who heads government relations for the Council for Christian Colleges & Universities. "The more who file suit makes clear what a watershed moment it is for religious institutions."

"Any attempt to narrow the scope of what is legally recognized as a religious institution sets a dangerous precedent and undermines the character of the institution going forward because their religious identity is vital to who they are," LoMaglio said. "What these lawsuits show is that religious groups do not view the accommodation as adequate."

"The universities are extra sensitive because they typically provide some health care to students, and not just adult employees," said Stanley Carlson-Thies, president of the Institutional Religious Freedom Alliance. "I have not heard any stirrings indicating the administration wants to solve the problem."

On Wednesday, Ryken joined the Becket Fund for Religious Liberty and Catholic University of America's president John Garvey in a conference call with reporters, illustrating solidarity between evangelical and Catholic institutions.

The move is unusual for Wheaton, an institution that does not often join the political fray. Before he became president of Wheaton in 2010, Ryken was pastor of Tenth Presbyterian in Philadelphia, having little public involvement in politics, law, or government. Other high-profile presidents of Christian colleges and universities, such as Baylor University (Ken Starr), Liberty University (Jerry Falwell, Jr.), and The Kings College (Dinesh D'Souza) have more politically-related backgrounds. Unlike Liberty, for instance, Wheaton rarely invites political candidates to speak in its chapel services.

In many ways, the Catholic Church has played a higher profile role than evangelicals have in fighting the mandate, due to the Church's stance that contraception goes against Catholic doctrine. Earlier this year, many priests read a statement from the pulpit related to the mandate. The Catholic Church also recently launched the "Fortnight for Freedom," a period to highlight religious freedom concerns, including the mandate.

The mandate is one of many moves by the Obama administration that concerns those who monitor religious freedom. Previous debates focused on hiring, while current debates have shifted to health care requirements.

The Supreme Court's June decision upholding the Affordable Care Act has more and more institutions considering legal action. The individual mandate applies to individuals, who have to arrange to have health insurance or else pay a tax. The contraceptives mandate requires employers who are usually tax-exempt to provide a specific service, Carlson-Thies noted.

In January, President Obama announced that religious organizations will not have to provide or directly subsidize the cost of contraception or refer their employees to organizations that provide contraception. Instead, employers' insurance companies will be required to offer contraception coverage to women directly, free of charge.

In March, the administration released a proposal suggesting that third-party administrators could provide contraception coverage for employees of self-insured faith-based groups at no cost.

A 2010 survey from the National Association of Evangelicals and Gallup suggested that about 90 percent of evangelicals believe hormonal and barrier methods of contraception are morally acceptable, though many oppose Plan B or Ella due to when implantation is believed to occur.

The issue at stake for many evangelicals related to the health care mandate, however, has less to do with providing contraception than how religious institutions are defined by the government. While churches are exempt from the mandate, insurers of parachurch organizations still will be required to provide contraception, raising questions about religious exemptions.