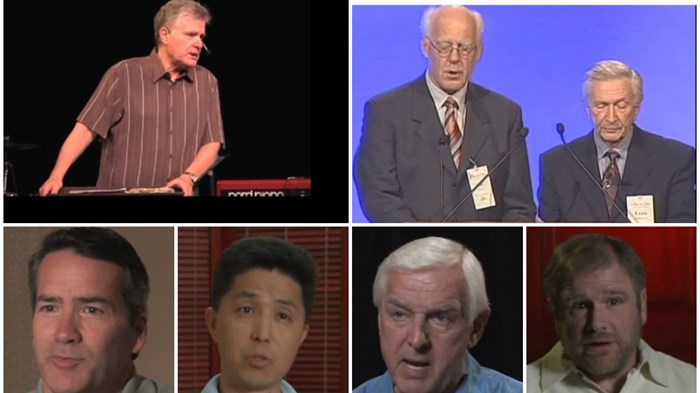 Image: Alliance Defending Freedom
Some of the 1,600 pastors who have participated in Pulpit Freedom Sunday.

"This is a victory, and we're pleased with this development in which the IRS has proved to our satisfaction that it now has in place a protocol to enforce its own anti-electioneering provisions," said FFRF co-president Annie Laurie Gaylor in a press release.

However, the case has not yet been closed. Father Patrick Malone of Holy Cross Anglican Church in Milwaukee, Wisconsin, had been granted permission to intervene on the side of the IRS, and the Becket Fund for Religious Liberty (which represents Malone) has asked the court to dismiss the case but "with prejudice." In other words, Becket argues the FFRF should not be able to sue the IRS again on this particular issue, while the FFRF argues that it should be able to do so.

Regardless of the court's final decision, the IRS won't be free to investigate churches until a moratorium related to the agency's controversial scrutiny of tea party organizations is lifted after a congressional investigation closes.

CT has noted how the six-year run of Pulpit Freedom Sunday has tried to provoke the IRS into (ironically) punishing pastors as a means to reexamine the rights of pastors to promote politicians from the pulpit. The initiative even gained an unexpected ally last year in Sen. Charles Grassley and the Commission on Accountability and Policy for Religious Organizations (CAPRO).

Meanwhile, LifeWay Research has found that only 10 percent of Protestant pastors believe pastors should endorse political candidates (while noting that is a different question from should the IRS ban the practice.)

The IRS has not released the language of the settlement, and ADF is concerned about how secretive the church investigations will be—if they indeed happen. ADF has issued a Freedom of Information Act (FOIA) request in pursuit of the documents surrounding the settlement between the FFRF and the IRS.

"This is one of the major problems with the IRS," said Erik Stanley, senior legal counsel with ADF. "They are secretive, which breeds mistrust and leads to problems in knowing just how they will enforce and interpret the law."

Becket has also requested information on documents the FFRF and the IRS are not making available, including: "all documents relating to any investigation or determination by a high-ranking IRS official, in writing, of the acts and circumstances, including potential violations of the electioneering restrictions, that led to the high-ranking official to reasonably believe that a church or religious organization may have violated the requirements for tax exemption under 501(c)(3)."

Stanley says ADF's strategy—helping churches realize how government is censoring what they say—will not change. If the IRS does monitor electioneering more closely, he hopes the issue will end in a lawsuit.

"The Johnson Amendment is unconstitutional," said Stanley. "If the IRS begins enforcing it again against churches, Alliance Defending Freedom stands ready to defend a pastor's right to speak freely from the pulpit."

ADF has organized Pulpit Freedom Sunday for six years, with 1,621 church and religious leaders participating in 2012 (2013 dropped to nearly 1,100 participants). But until now, the IRS has all but ignored ADF's attempts to bring the issue to a head. According to Stanley, the IRS does not want to challenge the Johnson Amendment—which bans tax-exempt organizations from endorsing or opposing political candidates—in court.

CT regularly reports on the IRS and the FFRF, including how going digital could help atheists target church tax breaks. CT has also reported on the FFRF challenging pastors' most popular benefit, and how the IRS allegedly intimidated the Billy Graham Evangelistic Association and Samaritan's Purse with unfair audits.