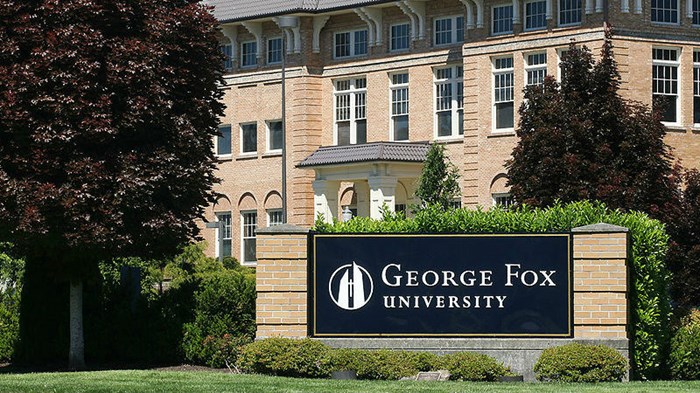 Update (July 21): George Fox University clarified that, under its housing policy, "residence halls are single-sex, defined anatomically." In a webpage updated July 16, the university also notes that students who identify as transgendered but have not had sex change surgery will be housed in on-campus alternative housing or may live off campus.

"Gender identity protections do not extend only to those individuals who can afford, or who are ready, for gender reassignment surgery," he said. "And how would George Fox police anatomy?"

The U.S. Department of Education rejected a petition a transgender student filed against George Fox University, ending a three-month dispute.

The student, who goes by the name Jayce and identifies as a man, asked to live in male student housing at the university, but the school said he could live only in a single apartment. The case gained attention in April, when the student's mother started an online petition, which has garnered more than 21,000 signatures, asking George Fox to reverse its decision.

Inside Higher Education reports that the Department of Education in May granted the university a religious exemption to Title IX's requirements that recipients of federal funding not "offer different services or benefits related to housing" to students based on sex. On those grounds, the federal office denied Jayce's petition.

The Department of Education announced in late April that Title IX extended to "actual or perceived sexual orientation or gender identity." The department noted that the ban on discrimination "extends to claims of discrimination based on gender identity or failure to conform to stereotypical notions of masculinity or femininity."

A press release from George Fox says the school never received Jayce's complaint or confirmation that it was dismissed and that the Department of Education's Office of Civil Rights has not yet clarified how to implement the new interpretation.

"No one knows whether OCR believes that Title IX requires universities to permit biological males who identify as female to play on women's sports teams," the press release states. "Similarly, it is not at all clear whether a university must accede to every housing-related demand a transgender student makes or face federal intervention under Title IX."

Title IX itself exempts educational institutions controlled by religious organizations from making decisions inconsistent with their beliefs, such as accepting women to a seminary that teaches that all ministers must be men.

"This is about a female-to-male transsexual student who wanted to move from female-only housing to male-only housing and the university offered him a single apartment or off-campus housing instead," Felton said.

George Fox continues to offer Jayce housing in a single apartment and, according to the university, staff refer to him by a masculine pronoun to respect his wishes.

Paul Southwick, a lawyer and George Fox graduate who represented the student, told Inside Higher Education he was surprised that the university received an exemption. As a university receiving federal funds, he argued, George Fox should be required to follow nondiscrimination policies.

Jayce plans to stay at the university, a Portland news station reports. A person identified as the student's mother noted on the petition website that Jayce would appeal the ruling.

In another case involving transgender identity, a California judge ruled that, as a religious institution, California Baptist University could expel a female-identifying transgender student who applied to the university as a woman.

The student, 27-year-old Domaine Javier, was suspended and expelled in 2011 after she revealed she is biologically male in an episode of MTV's "A True Life." The school said they do not ban transgender students and that Javier was expelled for fraud.

The judge said the university could not ban the woman from public spaces on campus and fined the institution $4,000 for barring her from business operations including the campus library, art gallery, and online courses. Southwick, who represented that student as well, said the ruling was a victory for transgender students because of the penalty against the school.

"The court refused to recognize a Hobby Lobby-type exemption for the university, at least with respect to online courses and parts of the university that are open to the public," said Southwick.

Lawyers representing the university said the case was a win because the court recognized the school as a religious institution, not a business, the Press-Enterprise reports.

CT regularly reports on sexuality and higher education, including how a transgender professor in September left Azusa Pacific University after the professor and university administrators could not reconcile theological differences over human sexuality.