Patriarchs disagree over how many disputes—out of centuries' worth—to tackle in 10 days.
Sarah Eekhoff Zylstra|June 17, 2016 01:32 PM 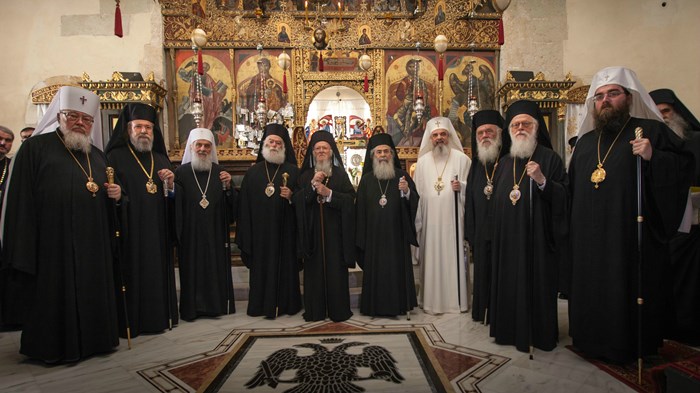 Image: Sean Hawkey
Orthodox primates gathered at a Crete monastery on June 17 to consider a “draft message” of the coming week's council.

The last time the 14 separate branches of the Orthodox church met, in 787, they hadn’t yet split with the Roman Catholic church.

So pulling together a Holy and Great Council meeting of the global representatives of 300 million Orthodox Christians for next week hasn’t been easy—even with the event being discussed since 1961.

A number of issues have cropped up in the last 1,000-plus years. The short list includes: the Archbishop of Constantinople’s historical position as “first among equals” despite the Moscow Patriarchate’s superior numbers and wealth; Moscow Patriarch Kirill’s meeting with Pope Francis that angered Orthodox who consider Catholics heretics; and the struggle between the Jerusalem and Antioch Patriarchates over who has jurisdiction over Qatar.

The initial list of issues to discuss topped 100 items; Orthodox leaders managed to whittle it down to 6. The goal of council organizer Ecumenical Patriarch Bartholomew I: not to settle centuries ...