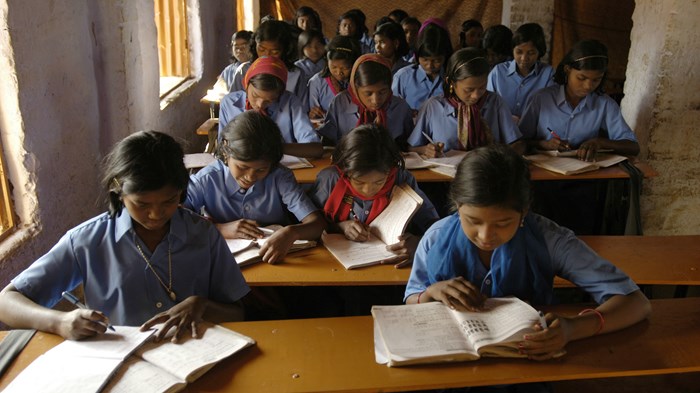 In two weeks, Compassion International will be out of India.

The child development ministry confirmed today that after 48 years, its final day of operation will be March 15.

That means shutting the doors of 589 Indian-staffed development centers caring for more than 145,000 children, more than any other of the 25 countries where it works.

That’s because Compassion has worked every angle to try to stay open in India since last February, when India’s Ministry of Home Affairs put it on a list of organizations needing prior approval before transferring funds into the country. Then the government refused to grant such approval.

The government’s move can be traced back to 2011, when it changed its Foreign Contribution Regulation Act so that it could regulate NGOs it disagrees with philosophically, Mellado said. The move was seen by many as another step toward Hindu nationalism since 2014.

Since then, attacks on Christians and Muslims have increased. India is now No. 15 on Open Doors’ list of countries where it’s hardest to be a Christian, up from No. 31 in 2013.

“In the middle of all this, we were pouring significant resources into local evangelical Christian churches,” Mellado said. “You can see where we would hit the radar screen.”

Compassion channels about $45 million into the country every year, more than any other charity. And unlike World Vision, which also helps children in India but breaks up its funding across different humanitarian entities, Compassion’s donations all went to local churches through two offices, making the amount stand out.

Increasingly desperate to be able to continue providing food, clothing, health care, and education for the children, Compassion leaders pulled out all the stops.

They talked to Indian lawyers and accountants. They testified before the US House of Representatives’ Foreign Affairs Committee. They asked then-Secretary of State John Kerry to mention them to his counterpart in India. (He did.) They asked sponsors to write their members of Congress. (More than 35,000 did.) They asked everybody they knew in positions of power both in the US and India for help.

“All along, both Compassion and its local offices remained committed to addressing the concerns raised by the government, but to no avail,” Mellado said.

There have been whispers of hope. One Indian official toldIndia Today, an English-language news magazine based near Delhi, that the government was willing to reconsider Compassion’s case, but nothing came of it. Another Indian newspaper floated the idea that the government might ease up on Compassion if the US would be more lenient with visas granted to Indians.

But nothing concrete has materialized to save Compassion in India. Thus the March shutdown.

“I can tell you there have been some amazingly heroic things going on in India over the last year,” he said. Almost 40 percent of the local Indian churches that Compassion partnered with are still working with the children, albeit without the financial support.

“The local church is not going away,” he said. “They were there before us; they’ll be there after us.”

After all, this isn’t the first time Compassion has been forced to leave a country. In 1985, after 17 years serving children in Indonesia, Compassion pulled out “in order to maintain its commitment to financial integrity.” But by 1988 it was back, and “some of the children in the programs were pastors of the churches that helped bring us back,” Mellado said.

While 127 staff members in India are being laid off, the loss of 8 percent of Compassion’s 1.9 million sponsored children worldwide won’t affect its US staff, Mellado said.

That’s because he expects most of the sponsors of Indian children to transfer their sponsorship to children in another country.

“We have about 250,000 children waiting for a sponsor, so we’d be able to absorb the transferred sponsorships,” he said.

Compassion turns down 80 percent of the foreign churches that want to receive assistance from the ministry, so “there is no lack of demand,” he said. “The limiting factor has always been sponsors.”

Julia Jech is one of those sponsors. She and her parents have been sponsoring Remya since both girls were around 7 years old; today, Remya is 21 and two months away from graduating from vocational school.

Hearing about losing Remya was “a heart-stopping moment,” Jech said. “It was an immediate weight of all that would mean.”

She and her husband have already chosen an additional child to sponsor, this time in Kenya.

Sandeep Maity, who grew up scrounging in the dumps of Calcutta before becoming a Compassion child, says the thought of Compassion leaving the country “strikes my heart so hard.”

“I’m angry and disappointed,” he said. At the same time, “I know God is in control of everything.”

“There are several thousand alumni like me serving in the country right now,” said Maity, who works as an international trip leader for Compassion and sponsors his own Indian child. He also does pastoral training and helps Indian families set up small businesses.

“There are other people like me doing the same thing because of Compassion and the local church and sponsors investing in a life in poverty,” he said.

“If we wanted to go the low-risk route, it would be easy for us to retreat to Latin America, which is very open to Christianity,” Mellado said. “But India alone has just under 30 percent of the 400 million children who live in extreme poverty. … We have to figure it out.”

CT has followed Compassion’s struggle to stay in India.