The Evangelical Missiological Society founder changed how we think of contextualizing the gospel.
Kate Shellnutt|May 22, 2018 04:47 PM 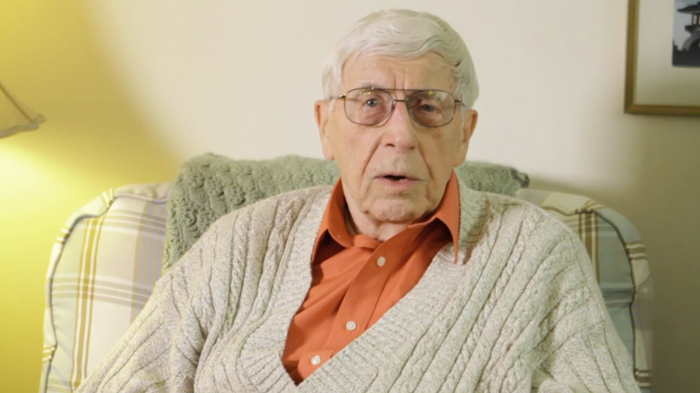 David Hesselgrave, the driving force behind the evangelical study of missions in the 20th century, died this week at age 94.

“Not just the volume but the significance of the content of his writings has had tremendous influence and impact in helping us think through the relationship of Christ and culture,” said Craig Ott, TEDS professor of mission and intercultural studies, in a video tribute offered to Hesselgrave in 2012 when he won a lifetime achievement award at the North American Mission Leaders Conference.

Before contextualization became a widely accepted element of mission work among evangelicals, Hesselgrave was among just a few scholars in the 1970s and ’80s who validated the importance of culture as a factor in how people interpret and communicate theology.

Ed Stetzer, executive director of the Billy Graham Center at Wheaton College, has regularly highlighted Hesselgrave’s scholarship on his Christianity Today blog, The Exchange, and coedited with the late professor the 2010 book MissionShift: Global Mission Issues in the Third Millennium.

“You can’t speak to an evangelical missiologist who hasn’t been influenced—in my case, shaped—by Hesselgrave’s thinking,” Stetzer said in the video tribute. “I think he’s left a powerful legacy of mission and ministry.”

After Hesselgrave’s death, Stetzer deemed him “the dean of evangelical missiology,” writing:

David was a thought-leader in every sense of the term. Look over the curriculum in almost any Missions Department here in North America and beyond and you will likely find David Hesselgrave’s works still as foundational texts in courses.

Nearly every serious missiologist I know today is indebted to David’s courageous and cutting-edge deep dive into how to engage cultures well.

Even searching Hesselgrave’s name online reveals the breadth of his impact, as results pop up in Spanish and German and from far-flung places in Asia and Africa; his speaking circuit spanned 40 countries around the world.

A seminary grad who belonged to the Evangelical Free Church of America (EFCA), Hesselgrave served as a missionary in Japan for 12 years following World War II, where he preached, taught, and conducted radio ministry in Japanese alongside Japanese leaders.

He returned to teach at TEDS starting in 1965 and until his retirement in 1991, spending 14 years as chairman of the missions and evangelization department. The Deerfield, Illinois, school now displays an oil painting of Hesselgrave, a gift from Missio Nexus.

The late professor held a PhD. in rhetoric and public address with an emphasis in cross-cultural communication, a master’s in speech, and a bachelor’s in philosophy from the University of Minnesota, where he also taught for a few years. Hesselgrave also had stints as an instructor at Evangelical Theological College in Hong Kong and Asian Theological Seminary in Manila.

“He never thought just about today,” said Wheaton College Graduate School associate dean and intercultural studies professor Scott Moreau, who studied under Hesselgrave in the ’80s, in the tribute video. “He was thinking 10 years from now, ‘Where are my students going to go with this?’”

Hesselgrave’s legacy is often coupled with the work of fellow scholar Charles Kraft, who studied culture, mission, and contextualization, and fellow missiologist Ralph Winter, best known as the founder of the US Center for World Mission.

Hesselgrave called Winter (who died in 2009) “one of his closest confidante and friend right up until the end,” though the two disagreed on some points regarding holism, which emphasizes good works and social ministries done for the kingdom, and prioritism, which puts the most emphasis on spiritual transformation and conversion.

“Though I agree that the good deeds [Winter] proposes are good Christian things to do, I do not agree that any one—or even all of these good deeds together—constitutes Christian mission,” Hesselgrave wrote in 2011.

“They may be supporting of, and contributive to, mission. But I believe that Christian mission primarily consists of the proclamation of the gospel, the conversion of unbelievers and nonbelievers, and the gathering and discipling of converts in local churches—all of this worldwide but especially among unevangelized peoples and in unreached areas.”

A native of North Freedom, Wisconsin, Hesselgrave came to faith as a child at the bedside of his brother, who had suffered a life-threatening illness. He met his wife Gertrude on the first day of class at Trinity Bible Institute in Chicago. They have three children and celebrated over 70 years of marriage together.